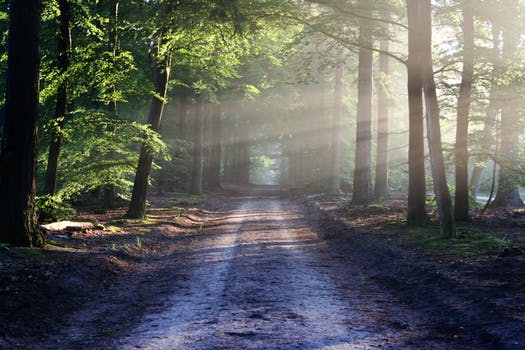 The Straight Path – the shortest route

Is guidance innate, or do we need help to find the straight path?

Can we rely on others or do we have to make an effort ourselves to be rightly guided? 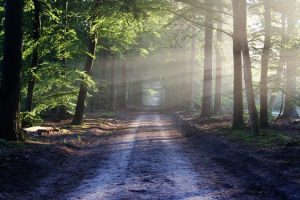 ‘Take us on the straight path

The path of those on whom You have bestowed Your Grace,

In physics we learn that the shortest distance between two fixed points is a straight line. There are many ways we could head in life, but the quickest, shortest and most direct way to meet our destiny is the siratal mustaqeem, which takes us to jannah. The phrase ‘ihdina’ refers to hidayah, divine guidance. There are three main forms of hidayah:

Allah Almighty has placed a general, innate guidance or intuition to be guided to the right way inside us all. The dwellers of paradise will say:

‘All praise and thanks are Allah’s, Who has guided us to this, and never could we have found guidance were it not that Allah had guided us!’ (7:43)

This applies not just to us, but every form of creation – the fish who know how to swim, newborns who know how to suckle and birds who are able to fly. All creation follows the destiny which Allah Almighty has prescribed for it.

Hidaya irshad is similar to being given directions to follow or a set of instructions. Just as someone who does dawah gives guidance to another or a muezzin alerts others that it is time for prayer, they take the proverbial horse to water but cannot make it drink.

The Straight Path is the shortest and most direct path to Jannah. It is the path trodden by all righteous people. So we should ask to be shown and to be kept on it. It is the path of those on whom Allah Almighty has bestowed His mercy and guidance.

The Prophet (peace be upon him) once drew a straight line in the sand with perpendicular branches to the right and left. He (peace be upon him) mentioned that on the right and left of the central path Shaytan calls you and diverts you on each road. (Musnad Ahmad) If you respond then he diverts you from the straight path. He also mentioned in a hadith that the actions that lead to jannah are difficult and uphill while the actions that lead to jahannum are easy and downhill (like a slippery slope). (Musnad Ahmad)

By contrast, the path of those who have earned Allah Almighty’s anger have brought it upon themselves. They have rejected guidance through their conscious choices and decided to go a different way.

The Path of Delusion

We ask Allah Almighty to show us the straight path, and to help us overcome the obstacles we face on this path, including the whispers of the Shaytan. As the people who go astray are not limited to those who simply leave the path of good deeds, but include those who mistakenly believe that they are acting righteously, when in fact their good deeds are worthless. In Surah Al Kahf, Allah Almighty mentions those people who people who have heaps of good deeds, thinking they were on the Straight Path, but their good deeds will count for nothing:

‘Do then those who disbelieve think that they can take My slave as Auliya’ besides Me? Verily, We have prepared Hell as an entertainment for the disbelievers.  Say (O Muhammad): “Shall We tell you the greatest losers in respect of (their) deeds? Those whose efforts have been wasted in this life while they thought that they were acquiring good by their deeds!”’ (18:103-104)

Such is their misguidance, that they go to extreme lengths in their devotion, for example in jihad ul nafs – struggling against their desires, but their deeds are not based on the correct knowledge (after an accurate exposure to true Islam). These may be previous People of the Book who have incurred Allah Almighty’s anger, by knowingly and repeatedly rebelling against Him as we see from the history of the Bani Israil, depicted in detail in Surah al Baqarah. Of course, this does not apply to all Jews and Christians and certainly not to the pious and truthful slaves of Allah Almighty who have not received the Message accurately.

The crux of this surah is hidayah (guidance). How do we reconcile between seeking Allah’s Almighty help, taking the means and having self-confidence? People who are very reliant on others have no confidence of their own and become victims of their own poor self-esteem.

Thus, there is a clear distinction between our human efforts and the guidance which is gifted by Allah Almighty. We need to be honest, sincere and have purity of intention so that Allah Almighty will facilitate hidayah for us. Allah Almighty may put people in our lives to help and guide us, or we may have a true vision, or it could even take the form of a kind word which could affect us.

We are duty bound to obey Allah Almighty based upon sound knowledge and the perfect example of our beloved Prophet (peace be upon him) that we should meticulously seek the truth and be steadfast upon it and that there is no real excuse for misplaced trust based on ignorance.

Ultimately, hidayah is in Allah’s Almighty hands alone. Even regarding Abu Talib, Allah Almighty revealed to the Prophet (peace be upon him):

‘You cannot guide whom you love to the truth; it is God who guides whoever He will: He knows best those who will follow guidance.’ (28:56)