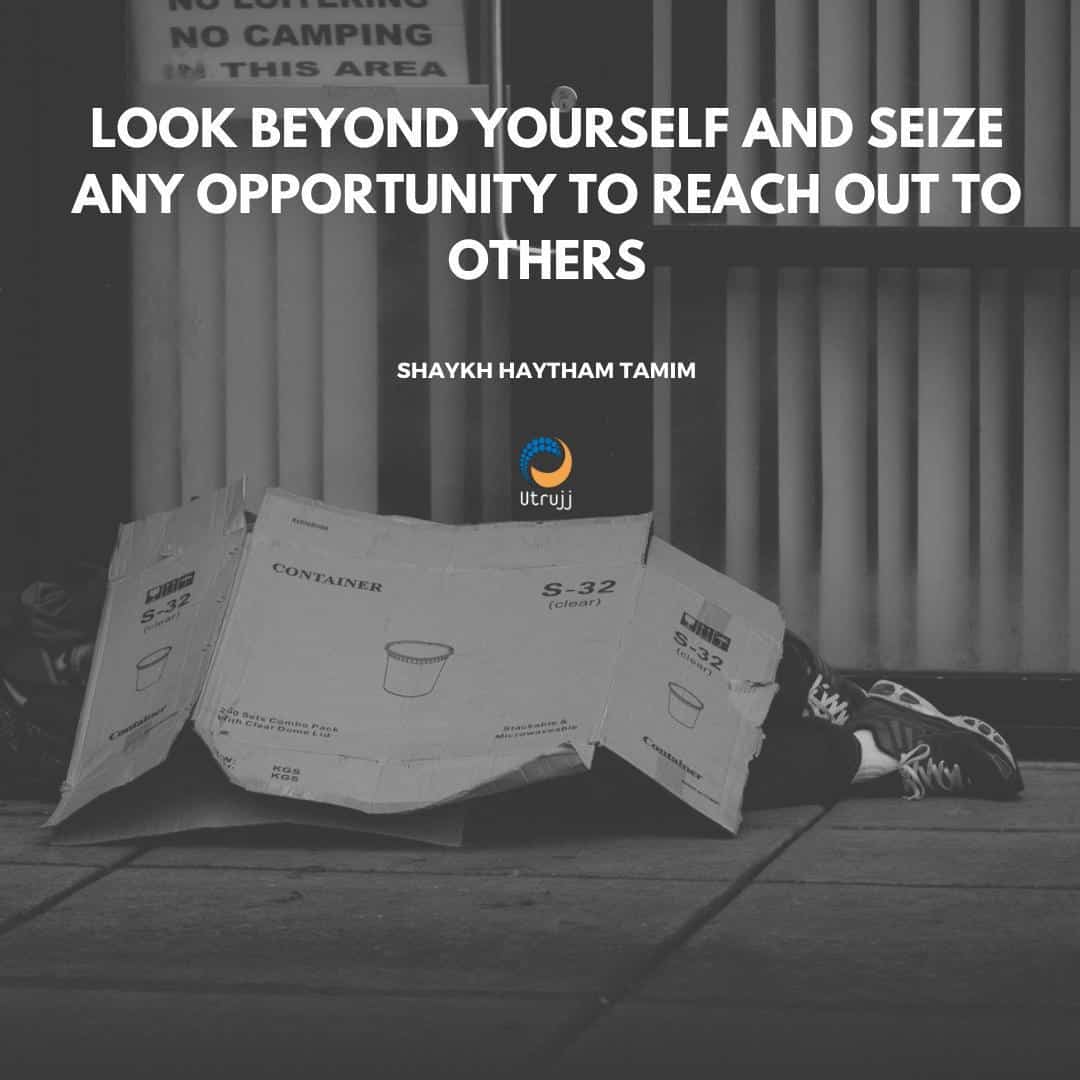 These days we have a lot of suffering – many people are struggling and many are in financial need. You yourself may be finding it hard on many levels, emotionally, physically or mentally.

When things are blocked and you have tried everything, the prophetic way to unblock it, is to help someone else.

Search for someone in need. They might be right under your nose. Go and help them. And Allah Almighty will ease the way for you.

If you are aware that some of your family are in dire need to your best to relive them and help them and support them. There are many narrations that confirm that we should reach out and be positive and proactive.

You might feel you do not have much yourself and so you are unable to donate to others. However you can still help in other ways. Don’t let the lockdown be an excuse for your apathy. 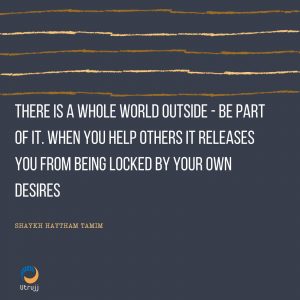 Be people of goodness, promote good and spread happiness

Despite the all the calamities, pain and pandemic, we can be of benefit to others.

Under stress and pressure, the gaps in your character are exposed, so it is a good time to assess your self and improve yourself.

Our Prophet (peace be on him) encouraged us to help others and help ourselves and not to let the situation control us, even when it is difficult.

The most beloved people to Allah are those who help others

In the Quran Allah says,

O you who believe kneel and prostrate and worship your Lord and do good deeds so that you may be successful. (22:77)

There is no good in their private council except him who advocates charity or reconciliation between people, whoever does that seeking Allah’s approval we will give him great compensation. (4:114)

A man once came to the Prophet (peace be on him) and asked who the most beloved people to Allah are, and he replied:

The most beloved people to Allah are those who are most beneficial to people.

The most beloved deed to Allah is to make a Muslim happy, or to remove one of his troubles, or to forgive his debt, or to feed his hunger.

That I walk with a brother regarding a need is more beloved to me than that I seclude myself in this mosque in Madinah for a month. (al-Muʻjam al-Awsat, Sahih narration.)

We see here the importance of making others happy and helping them regain their tranquility when they are down or distressed.

The Prophet (peace be on him) explained that to remove anxiety from someone or to pay off his debt or to console him was more beloved to him than doing ei’tikaf in his mosque where one salah was equivalent to a thousand salahs. Bayhaqi in Sunan Al-Kubra.

This hadith is sound and is reiterated in other narrations, for example `Abdullah bin `Umar narrated that Allah’s Messenger (peace be on him) said:

What if goodness backfires on you?

The Prophet (peace be on him) encouraged us to good. However some people might say they did good to for others, but in return those people were bad to them, and so their goodness backfired. It may happen that you do good, and in return you receive bad, but this should not prevent you from doing good. Have sincerity in your heart and in your actions and Allah Almighty will reward you for that. Don’t do things for people’s reaction, do things for Allah and He will reward you for it and Allah will come to your aid.

Goodness stays with you forever 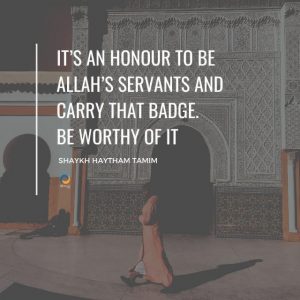 Goodness comes in many shapes and sizes

In another narration in Musnad Ahmed and Sunan Al-Kubra by al Bayhaqi the Prophet (peace be on him) described that charity could take the form of helping someone cross the street who is blind, or helping someone carry their load. To help someone who has difficulty in speaking to express himself is a charity, to help a deaf person to understand something is a charity.

You can express goodness in many ways.

Do not underestimate any good

Do not underestimate any good that you do, even a smile, which is the smallest act of kindness, or a word of encouragement said with sincerity, which might make someone’s day and change their direction in life.

Abu Dharr reported that the Prophet (peace be on him) said:

Do not belittle any good deed, even meeting your brother with a cheerful face. (Muslim)

Rejuvenate yourself. Don’t be apathetic in the lockdown and convince yourself that you cannot do anything. Do your best, this is your opportunity to shine and apply the prophetic way of optimism and ihsan (excellence) and ma’rouf (goodness).

May Allah enable us to be people of goodness and be pleased with us and unblock the difficulties in our path. Ameen.

What do I need to know about my rizq?