How to make Istikharah 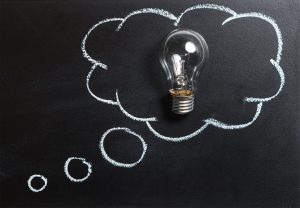 The istikharah dua is a supplication asking Allah for what is good. That’s why we say Istikharah: talabul khairi min Allah. ista means seeking (it is talab– requesting) and khair is good.

It is a beautiful dua which the Prophet (peace be on him) taught us to seek goodness from Allah when you have a specific decision to make.

In the past, people used chance and superstitions to aid their decisions, such as casting lots or diving arrows, equivalent in our time to tossing a coin or rolling a dice. Allah Almighty forbid such forms of decision making.

O you who have believed, indeed, intoxicants, gambling, [sacrificing on] stone altars [to other than Allah], and divining arrows are but defilement from the work of Satan, so avoid it that you may be successful. (5:90)

Often we have to make decisions which will impact our future and we want to make sure we choose the best option.

Jabir (may Allah be pleased with him) reported that the Messenger of Allah (peace be on him) used to teach us the Istikharah (seeking guidance from Allah) in all matters as he would teach us a Surah of the Qur’an. He used to say:

When one of you contemplates entering upon an enterprise, let him perform two Rak’ah of optional prayer other than Fard prayers and then supplicate:

O Allah, I consult You through Your Knowledge, and I seek strength through Your Power, and ask of Your Great Bounty; for You are Capable whereas I am not and, You know and I do not, and You are the Knower of hidden things.

O Allah, if You know that this matter (and name it) is good for me in respect of my Deen, my livelihood and the consequences of my affairs, (or he said), the sooner or the later of my affairs then ordain it for me, make it easy for me, and bless it for me.

But if You know this matter (and name it) to be bad for my Deen, my livelihood or the consequences of my affairs, (or he said) the sooner or the later of my affairs then turn it away from me, and turn me away from it, and grant me power to do good whatever it may be, and cause me to be contented with it). And let the supplicant specify the object. (Bukhari)

How do I make istikharah?

The etiquette of making the dua is to pray 2 rakahs nawafil (voluntary) at any time which is not disliked.

After you have said ‘salam’, make the dua, by reciting it or reading it, and add your matter in the appropriate place.

Or you may recite the dua by itself.

Can I recite the dua in English?

Yes, though it is a good idea to memorise this dua as it is

If you want to know the way forward but you don’t have two things to choose can you still make the dua?

If you are confused about something, or need direction or clarity on any matter that is causing you confusion, istikharah is the best means to ask Allah for His guidance. Accordingly Allah Almighty will facilitate the right way for you.

Is the istikharah dua only for big decisions or can we use it for small matters as well?

You can make this dua continuously for any matter where you are seeking goodness and clarity. Sometimes we are hesitant and a bit OCD about making decisions, that is not good. However we can use the istikharah dua for all matters that concern us.

Can I recite the dua daily?

The istikharah dua is for specific guidance on a matter, not a general dua.

Can I make istikharah for a matter that I need to make an urgent decision about?

You can make istikharah for help in making quick decisions, as well as longer more complicated matters.

How often can you repeat the istikharah dua?

You can pray the dua as often as you want. The more you make it, the clearer the answer will be.

For more complex issues, you can pray it daily til the matter becomes clear.

Does repeating the istikharah dua expedite the matter?

Praying the istikharah dua repeatedly does not necessarily means the answer to your dua will come faster, as the timing of the answer will be in accordance with what is best for you in Allah Almighty’s wisdom.
Though the answer will always come when you would like it, remember that no dua is ever wasted or futile. And we must never lose hope that Allah Almighty will respond.

Abu Hurayrah (may Allah be pleased with him) said that the Messenger of Allah (peace be on him) said:

The du’a of any one of you will be answered so long as he is not impatient and says ‘I made du’a but it was not answered’. (Bukhari and Muslim)

If I am an indecisive person should I just pray istikharah and go with my instinct?

Istikharah doesn’t mean you have no responsibility and the answer comes down to you by parachute. You have to do your research into the matter and keep making the dua in the background until you have a clear answer. It is not about following a hunch. It is about asking questions and make an informed decision using your intellect (aql) along with the dua.

If I feel uncertain something is right, is that the answer to an istikharah that it is the wrong thing to do?

Sometimes we fear the unknown and we feel doubt, but this is not a genuine feeling. We may be feeling a bit anxious because we are entering new territory and we have a hesitation in us. This is psychological not spiritual, doubt.

Even if you want to buy something new, you might be unsure whether to buy it in case something better comes along after it.

If it is related to marriage, and you feel someone is a nice person, until you discover more things about them, don’t go with a gut feeling alone. You need to have substance to back up the feeling. You might see that the person is not practicing in their deen or temperamental or you might see that they are generous or accommodating. Use your aql as well istikharah.

If you are doing istikharah for marriage, should you do it before you are introduced to someone to decide whether to meet them after you have got to know someone and you are making the decision to marry someone, when it becomes serious?

If you are trying to find someone to marry, sitting at home and making istikharah will not bring your spouse to your Don’t sit back and wait for a sign what to do. You should contact the person you are introduced to, and take it from there. You need to meet people and do your research.

If you are considering someone, keep meeting them until you feel satisfied or dissatisfied. Then you will be clear whether they are the right person or wrong person.

Keep trying until you hit a brick wall. Try, discover and explore, until you have a clear answer. That is the answer to your istikharah.

It’s a disagreed upon matter; the majority opinion that you can only do istikharah for yourself, because there is no evidence that allows delegating istikharah to anyone.
The other opinion says you do it for yourself and for others and their evidence is the following hadith:

Jabir b. ‘Abdullah reported that Allah’s Messenger (peace be upon him) said:

He who amongst you is able to benefit his brother should do that. (Muslim)

Accordingly you can make istikharah for others or ask a pious person to make the dua for you. This does not mean that you or they will see a dream or a vision with the right answer. It means that certain options may open or close for you which lead to the best outcome. And you might see a dream but it’s not a condition for the validity of Istikharah.

Should I consult others?

Remember that istisharah is a good combination with istikharah. Istisharah is asking for advice from people who have good wisdom, experience and understanding of the topic you are making a decision about.

Can I only make istikharah if I am not already inclined to an option?

People often say that you should only make the istikharah dua if you are impartial and not inclined to either choice that you are seeking the guidance on. However, you can make dua even if you have a preference.

Can I make istikharah for a haram matter?

Is it wrong to go against the istikharah?

If you do your istikharah, for instance in deciding if someone is suitable for you in marriage, and you see that he/she is not the right person, but you like them and you decide to go ahead regardless, then it is your choice and you bear the consequences of it.

Can a lady make the istikharah if she is on her period?

Yes, she can make the dua even though she cannot pray.

What if you make istikharah and act on it, but the result is a bitter experience?

Life is not about being wrapped in cotton wool, and never experiencing difficulties or unpleasantness.

It may be that you make istikharah and do everything that you were supposed to, but the outcome is bitter.

Life is not always rosy. Therefore, it may be that someone does istikharah, and their marriage still ends in divorce. It does not mean the istikharah was wrong. This could be because there was a lesson in your experiences and a growth that you would not have achieved otherwise.

Another good dua for asking Allah’s guidance is:

O Allah, it is Your mercy that I hope for, so do not leave me in charge of my affairs even for a blink of an eye and rectify for me all of my affairs. None has the right to be worshipped except You. (Abu Dawood)

Is My Du’a Blocked?

Top Tips for Boosting your dua