Ghazali’s 20 rules for dealing with people. Rules 12-13 Cover the faults of others 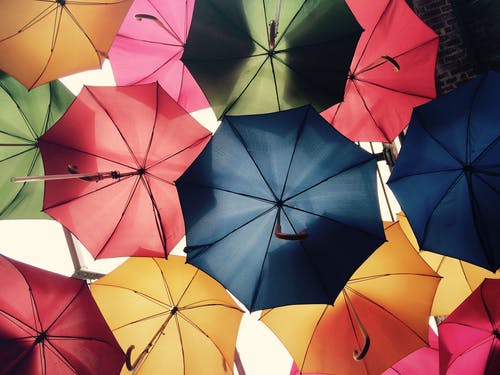 In Imam Ghazali’s Kitaab Al-Arba’in Fi Usul ad-Din, ‘The Forty Principles of the Religion’, he collates 20 rules of how to deal with people.

It is one of principles of dealing with people is to cover their faults and sins, by not pointing them out to others and talking about them. Do not publicise or broadcast people’s mistakes by discussing them or forwarding them on social media.

While there is still a screen over someone’s faults they have a chance to rectify them and repent. However once they are exposed and humiliated they have no way to preserve their dignity. They will be labelled and they will find it hard to escape that label, so their sin will become more permanent. They will have no where to hide, so they may even sin more openly, because they have nothing left to lose.

Al Ghazali has quoted some good and some weak hadith in this section of his book. He mentions a hadith that whoever covers faults of others will be entered to Jannah, which is a weak narration, however the concept of covering faults is good, it is the part about reward which is not authentic.

The authentic hadith is that the Prophet (peace be on him) said:

Those who expose others will be exposed

This means that those who expose others will be exposed themselves. In Surat al Nur, which deals with the fabrication of allegations against Aisha (may Allah be pleased with her) and Allah Almighty gave guidance how to deal with gossip and sins in the community and how to behave.

Indeed, those who like that immorality should be spread [or publicized] among those who have believed will have a painful punishment in this world and the Hereafter. And Allah knows and you do not know. (24:19)

This is a clear instruction not to expose the mistakes of others.

O you who have believed, do not follow the footsteps of Satan. And whoever follows the footsteps of Satan – indeed, he enjoins immorality and wrongdoing. And if not for the favour of Allah upon you and His mercy, not one of you would have been pure, ever, but Allah purifies whom He wills, and Allah is Hearing and Knowing. (24:21)

Here Allah Almighty says that if you expose others you are following the footsteps of shaytan because he advocates this, and there will be a severe punishment for you if you do this.

The Prophet (peace be on him) wants us to be merciful towards others, rather than push them towards more sins and mistakes. We are all in need of being shielded, so we should follow the recommendations of the sunnah.

I personally witnessed this. A knew of someone who was very vocal in attacking someone else for their mistakes, was himself exposed a year later. When it happened to him, he was upset and said, ‘You should listen to my side of the story!’ but by then it was all over social media. He had to taste his own medicine.

Our community is not angelic. It is a human community, liable to sin and make mistakes. Where it is not harming anyone else, sins should be veiled. If someone is proud of their sins, and does not cover them, this does not give you the licence to spread them further.

When sins must be brought to light

When a sin is a matter of public concern, interferes with someone’s position or office, it should be revealed. There are different scenarios and guidance. For instance, if someone in public office is stealing money, it should not be hushed up. This is public money.

Help someone privately to sinning rather than expose them publicly

If a friend or colleague is doing something wrong, it may be possible to help them stop this by taking them aside and having a private word, rather than taking it to the management, as long as its not illegal. You might be more effective in correcting their mistake without exposing them, depending on your relationship. It is important to make people accountable for their mistakes.

Stay away from places of accusation, for Imam Ajluni said, ‘Whoever places himself in a place of accusation should not blame anyone who thinks badly of him.’ (Kashaf al Khafa)

The Prophet (peace be on him) said in many narrations that whoever avoids doubtful matters is protecting his reputation and his religion. Protect your honour and reputation as Ali (may Allah be pleased with him) said ‘Avoid what the mind will disapprove, even if you have an explanation for it.’ Otherwise you are making yourself a target for gossips and backbiters.

Spreading gossip while pretending not to

Some people say, ‘I’m not accusing so and so, but I saw him coming out of THAT place.’ This is thinly veiled accusation. Though you are saying you are not accusing them, you are doing exactly that by casting doubt on them and spreading the headlines.

Both of them said, “Subhan Allah, (How dare we think of any evil) O Allah’s Messenger (peace be on him)!” And they felt it. The Prophet said (to them), “Satan reaches everywhere in the human body as blood reaches in it, (everywhere in one’s body). I was afraid lest Satan might insert an evil thought in your minds.” (Bukhari)

The founder of the Muslim Brotherhood, Hasan al Banna is a very talented person though he has been called many names. Nevertheless he undoubtedly a great personality in our lifetime and he started his dawah in an unusual way by going to coffee shops and places of entertainment, rather than preaching in mosques. It was a brave, bold and risky idea, but it was successful and Allah facilitated the goodness through him. This is an exceptional way to spread goodness, by approaching people in unlikely places. At times people from the Tablighi Jamaat will also go to coffee shops and invite people to Islam, or even that are not very decent, and will bring back drunk people. This is not the norm. By and large, it is better to stay away from places where your reputation will be tarnished.

Hurry to help others and intiate the salam (14-15)