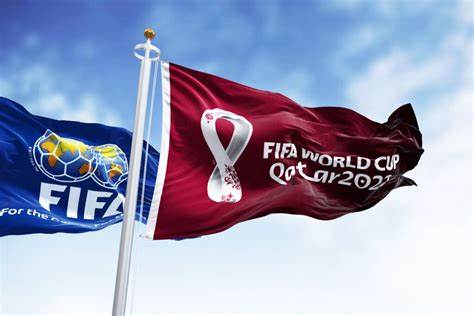 Stick to your principles

So be upright, as you are commanded, along with those who repented with you, and do not transgress. He is Seeing of everything you do. [11:112]

Addressing the Prophet Muhammad (peace be upon him), his nation, and all humanity, Allah Almighty told us to cling to His divine revelation and not to compromise our principles, values and beliefs. We have been commanded to hold fast to the ‘rope of Allah’ and not let go – it is our lifeline.

There are many occasions in the biography of the Prophet Muhammad (peace be upon him) when his opposition tried to negotiate with him and get him to compromise his principles, but he did not allow this to happen.

After his migration from Makkah to Madinah following years of persecution, he signed the Treaty of Hudaybiyya to resolve the conflict and end the attacks on Muslims, by calling a truce with the polytheists of Makkah for ten years. In this the Prophet (peace be upon him) accepted certain terms and conditions that were not favourable for Muslims to achieve peace, but he did not compromise on any Islamic principles.

Hospitality is part of Islam

One of the main etiquettes in Islam, as reinforced consistently by Prophet Muhammad (peace be upon him) throughout his prophethood, is the concept of being generous to one’s guests.

Abu Hurayrah (may Allah be pleased with him) reported that the Prophet (peace be upon him) said:

Whoever believes in Allah and the Last Day, let him be hospitable to his guest. [Bukhari and Muslim]

Part of Islam is this warm hospitality which exists throughout the Muslim world, and Muslims are known for being kind and welcoming to guests.

Hospitality should be reciprocated by respect. A guest should be courteous towards his host and observe the rules of their house. For instance in Muslim homes, we remove our shoes and do not bring them in the house. When a guest comes, we expect them to respect this rule, regardless of their faith.

Yet in Qatar we have seen a barrage of attacks from the Western Media criticising them with extremely hostile coverage of the World Cup. From the moment they were selected to host it til now, they have been subjected to a campaign of negative publicity.

The BBC and ITV chose not to broadcast the opening ceremony. Instead they focused a discussion on Qatar’s rules and human rights. This has revealed, yet again, the double standards of the media when it comes to reporting on human rights. There is one yardstick applied to Muslim countries and another for the West, China and Russia.

Just like the UK has certain principles and its own rules of the land (which it expects immigrants to respect and observe when they arrive), then why should this same principle not be applied when they arrive in another country with different values, laws and rules? The answer is hypocrisy and double standards. Regardless of what one’s rules are in their own country, it is common sense and common courtesy to show respect towards the culture, religion, and laws of other countries, and abide by the rule of law in other lands.

Hypocrisy in judging Muslim countries is nothing new. We see this all the time. Why did the media broadcast the opening ceremonies in Russia and China but not Qatar’s, when they have very serious failings in their human rights’ records? Why has it become a such a big issue in Qatar? The same standards should be applied to all countries, not standards applied selectively to different countries.

Of course no one is saying that Qatar has an unblemished record, but why is the Western media not applying the same scrutiny to themselves? Why do they not look in their own backyard first?

Qatar, as the hosts, have their rules and everyone should respect them. However the West is suffering from the same old colonial mentality which does not view others as equals, but always as inferiors.

The assumption that the West is superior to the East is sheer arrogance.

To despise others is arrogance and also a rejection of the reality.

What we see in the coverage of this event is the mentality that still prevails – the West still feel they are the masters and the East are still their slaves. They cannot accept anyone can be better than them.

Yet the Prophet (peace be upon him) stated that the definition of arrogance is to reject the truth when it does not suit you and when it makes others equal to them.

One can either be a man of principles or change the rules when it no longer suits them. Principles are not a game, they are immutable.

As the West attempts to dictate what rules the East should have in their countries and impose their sense of morality on others, even though their moral values keep shifting, we have to stay firm and stick to our principles. We keep hearing people referring to Islam as a religion that needs to evolve. However Islamic rules are divine and there is no room for negotiation. We can be flexible on other matters but not with our principles.

For Muslims, religion is not a piece of plasticene or playdough, that one keeps moulding into new shapes at whim.

Our Prophet (peace be upon him) taught us we have to be steadfast to our principles.

O you who believe! When you meet a force, stand firm, and remember God much, so that you may prevail. [8:45]

No matter what others think of our rules, we cannot change our principles. If we accept that God is the highest authority, we must follow the rules He has set. Those in the West may set themselves up as God and make their own rules, but in Islam rules are not man-made, and are made for all time. Outside of these red-lines we are prepared to negotiate on other matters. We have to teach our children what can and what cannot be compromised.

It is Islamophobia Awareness month and we have seen continued attacks on Muslims, including the sacking of the Muslim NUS leader who was ousted from her position. 50 Muslim students at an Academy were disciplined and told to ‘shut up’ when objected to their faith being re-interpreted by a guest speaker.

Attacks on Islam will not stop, but we have to be prepared to deal with these with the right mentality and understand how to navigate these challenges using all the available legal and permissible channels wisely. Many people who want to shut us down, however Muslims are equal to any other citizen and we have our rights, so we have to defend them.

Rise to the challenge

Despite all our challenges, we always have to have hope in Allah. All the obstacles will make us stronger and prepare us to be better only if we rely on Allah and do our best to tackle these challenges. Sitting back and doing nothing is not enough. It is not reliance (tawakkul) on Allah. Doing your bit to the best of your ability while relying on Allah in your heart is true tawakkul. Sheikh Sharawi said tawakkul is when your body is working, and the heart is relying on Allah.

We also need to understand our reality. Sometimes we find ourselves thrown in the deep end without knowing how to swim so we need to know what we can do and what we cannot. We need to know the limits, and the right language and approach, and have wisdom. This is the prophetic way and we are the followers of the Prophet (peace be on him).

We ask Allah to enable us to rise to the challenge, cling to the rope of Allah and to protect us and our communities and offspring from delusion and arrogance. Ameen