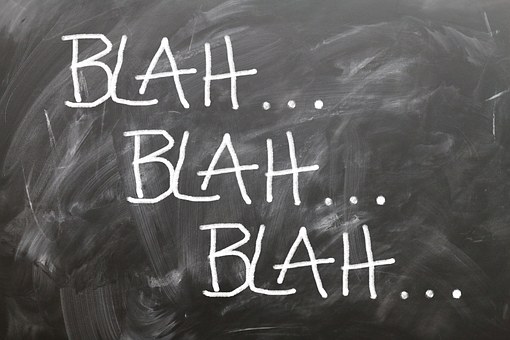 The Art of Silence 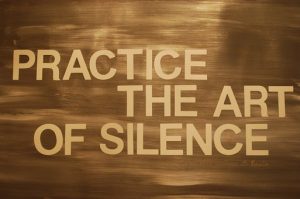 Whoever believes in Allah and the Last Day let him say something good or let him be silent. (Bukhari)

What we say is an important topic. it can’t be underestimated.

And we see this from the character of the Prophet (peace be on him), who was always careful to choose the right words, the right time and the right way to say them.

We don’t always have this wisdom in our communication. More often than not, whenever something pops into our minds, we blurt it out- irrespective whether it is the right time or the right tone or the right words. We feel we have to say it, so we say it.

What we feel should not, however, be the primary consideration when delivering our thoughts. We definitely should consider other people’s feelings as well as our own. Just as we have feelings, they have feelings too.

This is why on different occasions, in the Sunnah, the Prophet (peace be on him) advised his companions to control their tongues.

Allah Almighty in the Quran was addressing believers when he said:

Here we see Allah Almighty is commanding us to say not just what is good, but what is BEST.

In another verse again He said:

This means exerting an effort to choose your words, which is harder than sticking to your diet and going to the gym.

One of the most dangerous limbs we have been given is the tongue. Allah Almighty bestowed this blessing on us so that we could speak. Our tongue enables us to express ourselves. But with it, comes a huge responsibility. The first of these is to tell the truth.

People trust you or don’t trust you based on your tongue. You might get away with some lies but not for long. Telling the truth, on the other hand is the characteristic of the believer.

The believer is truthful at all times. He controls his tongue. He doesn’t have a statement and a come back for everything.

The pain of bad words

The second thing is to deliver the truth with kindness. The tongue can be kind, but the tongue can also be cruel or harsh. Once someone is hurt by words it’s not easy to cure. Verbal wounds are Often harder to cure than physical ailments.

Within our memories, we have meticulously filed comments from years and decades ago, which still trigger bad feelings today when we rewind. It might have been a teacher, a boss, a friend or a neighbour – and those words are like a bruise which hurts whenever you press it.

The beauty of good words

Good words, by contrast, elevate your spirits, boost your confidence and make you feel better. A teacher or a parent or a friend can say something which inspires you, changes your life, and your direction. This is why the Prophet (peace be on him) taught us:

A good word is charity. (Bukhari and Muslim)

Saying something good can fulfill a need in someone’s life. Needs are not always financial. They are emotional too. By being charitable emotionally is good. It is an art. The more you practice it, the more you master it.

The wisdom of silence

It is the power of words that we need to harness for good or avoid when they may harm. This is why the Prophet (peace be on him) taught us that it’s better to stay silent when we do not have anything good to say. In any discussion, you have a choice – whether you say a good word, a bad word, or stay silent.

The prophetic approach is:

Whoever believes in Allah and the Last Day, let him say what is good or let him be silent. (Bukhari)

The difficulty of zipping up

This is easier said than done! Some people can’t be silent. They just can’t help talking. No matter what the situation, they always have to make a comment. Such people need to train their jaw to stop moving.

Going to the mosque requires time and effort. However talking requires hardly any effort at all. You just open your mouth. So you have to be very careful what comes out. Men speak about 7,000 words a day and women can average 20,000 according to the Science World Report. Unsurprisingly, the more you say the more you are likely to err.

Umar (May Allah be pleased with him) said:

Whomsoever has many words, has many mistakes. (Abu Nu’aim in his Tabaqat).

Ibn ‘Umar (may Allah be pleased with him) reported:

The Messenger of Allah (ﷺ) said, “Do not indulge in excessive talk except when remembering Allah. Excessive talking without the Remembrance of Allah hardens the heart; and those who are the farthest from Allah are those whose hearts are hard.”

Before we speak, we need to weigh up the consequences and judge whether saying it creates more harm than good. If the harm is going to be greater, then don’t say it. Bite your tongue.

Due to a lack of wisdom sometimes, we think that if there is something wrong, we have to express it and correct it. To a certain extent yes. However sometimes it’s better not to express it and create a bigger problem. Silence is better. However, we do not know this by default.

Usually we only  discover that silence is better from experience, the hard way. This knowledge usually comes with age and experience. (Though not always). After you have said what you are burning to say, and you see the disaster it created, and that it is too late to take it back, you learn, the bitter way, that next time it would be better to ignore some things, rather than point them out.

The art of ignoring

The art of ignoring is very important. As Allah Almighty says:

Though you feel angry, you have to learn how to control that anger and have a mechanism in place not to allow yourself to be provoked. Easier in theory than practice.

Being silent does not mean being aloof

Holding the tongue does not mean being aloof and reserved- you can still be kind and warm as Allah Almighty commanded us to be. Thanking and appreciating people is rewarding. It is possible to be friendly and choosing your words well. The Prophet (peace be on him) said:

To meet your brother with a smile is charity. (Tirmidhi).

This creates warmth because the human community has to co exist with love. It is broken by our attitude which makes or breaks relationships. A host who serves a banquet but with a frown lacks the essence of hospitality.

Sometimes you might be feeling down and going through difficulties so unable to be cheerful company for others. It takes some training, thinking effort and dua to achieve this. Ask Allah Almighty to enable you to be a good communicator – otherwise you create enemies. It is much easier to create enemies than friends if we can’t communicate effectively. When you live with people, you have to be sociable. You can’t isolate yourself.

If you are different from those around you, it does not give you permission to look down on them or feel superior. Accommodating differences is important. Living in a bubble is wrong. When one has a bit of knowledge they might feel that they are better than others, but they need to appreciate that others might be 100 times better than them with their limited knowledge. You can learn something from everyone. There is always good in other people. You have to find it. Sometimes Shaytan plays us and says the safest way to protect yourself is by not mixing, however our starting point should be to consider other people better than ourselves. Not the other way round. Otherwise it is arrogance. Shaytan was the first to say he was better than Adam. But what gave him the insight for the right to make this claim? Could he penetrate the ghayb (unseen) to know this?

Control your tongue – the mirror of your heart