Be happy, be moderate and do as much as you can 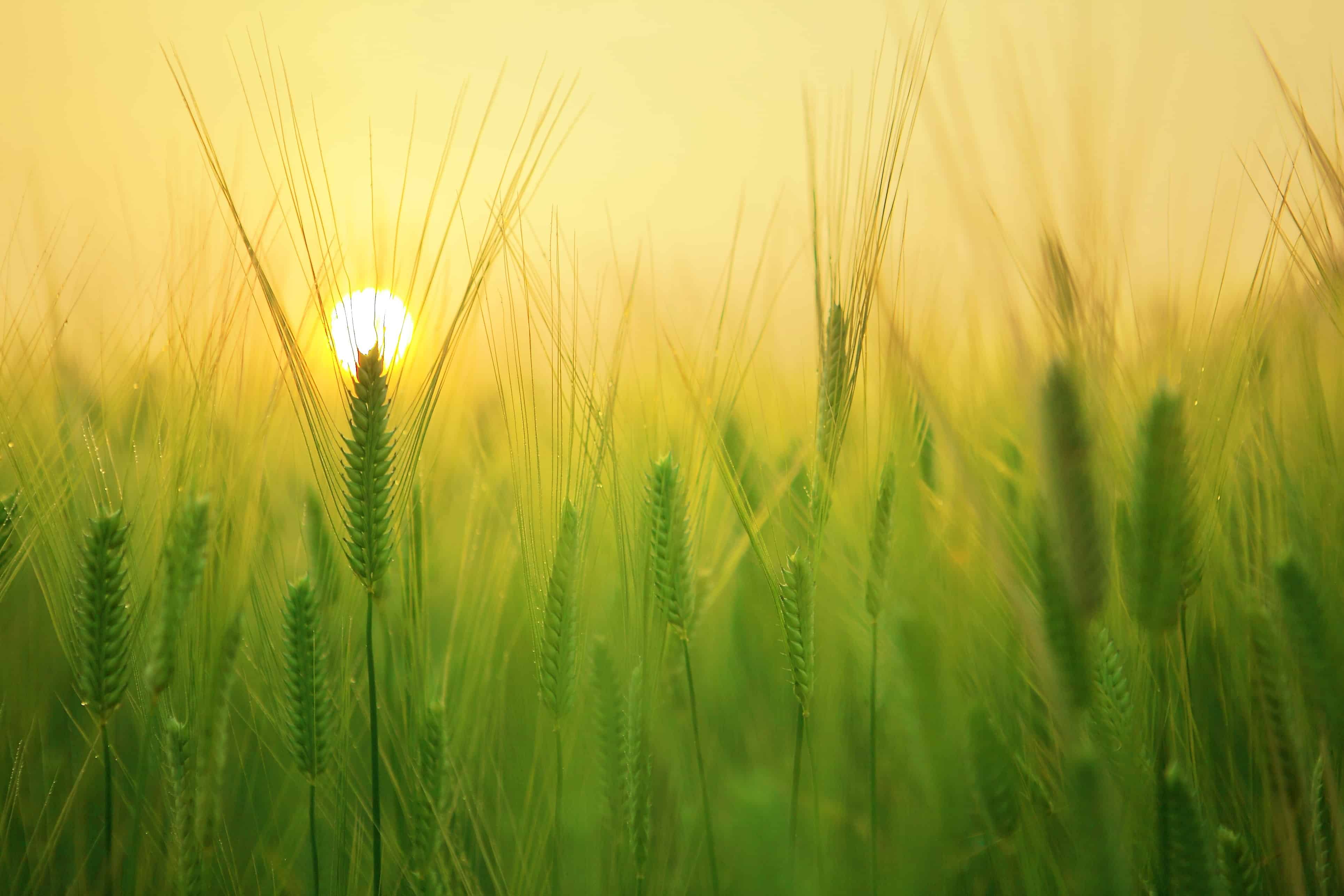 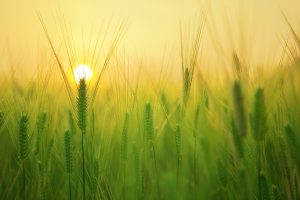 Abu Hurairah (May Allah be pleased with him) narrated that Allah’s Messenger (peace be upon him) passed while some of his companions were laughing and talking. He said to them:

By Him in Whose Hand my soul is! If you know what I know you should laugh very little and weep a lot.

Then he left and the companions were in tears. Then Allah has revealed to him:

O Muhammad, why do you make my servants feel desperate (from my mercy)?

Then the Prophet (peace be upon him) came back and said:

Be happy, observe moderation (in doing deeds), and if you fail to observe it perfectly, try to do as much as you can do (to live up to this ideal of moderation).

In another occasion the narration of Anas bin Malik reported the Prophet (peace be on him) said:

Paradise and Hell were presented to me and I have never seen the good and evil as (I did) today. And if you were to know what I know, you would have wept more and laughed less. He (the narrator) said: There was nothing more burdensome for the Companions of Allah’s Messenger (peace be on him) than this. They covered their heads and the sound of weeping was heard from them. Then there stood up ‘Umar and he said:

We are well pleased with Allah as our Lord, with Islam as our code of life and with Muhammad as our prophet. (Muslim)

We can see this very emotional scene and how deeply affected the companions were by this reminder (maw’idah). Then Allah Almighty revealed the ayah:

Inform My servants that I am the Forgiver, the Merciful. (15:49)

And that My punishment is the painful punishment. (15:50)

They had not been doing anything wrong – they were not using inappropriate language, yet the Prophet (peace be on him) did not say laughing is haram, but he realised that there was a message that needed to be passed on to the ummah. He had seen paradise and hell freshly with his own eyes, and he wanted to warn his companions to prepare for akhirah and not waste their time. He wanted to tell them that they still had time so they should utilise this for the akhirah.

Why were they so affected

He did not make a long speech, it was just a line. Yet his short statement left them with tears in their eyes. However his simple statement had so much impact on them. Why? It shows us that their hearts were very soft. Otherwise they would not have reacted immediately to the message. They grasped its import instantly and profoundly.

How many of us would cry if we heard this statement? If your heart is soft it is receptive to the message. Tears polish the heart, and make it pure by washing away sins of repentance, remorse. However often we listen from our ears but not our hearts. When the ears of the heart are open, that is when we gain maximum benefit.

There are many narrations that warn us against laughing too much as it kills the heart. Abu Hurairah narrated the Prophet (peace be on him) said:

Do not laugh too much, for excessive laughter kills the heart [spiritually]. (Ibn Majah)

Islam is not about sadness but balance. It is about how you apportion your time. If you are always laughing when do you prepare for the akhirah? If everything is a joke, when do you think about your duties and responsibilities? We have serious times and fun times.

When someone is at a high spiritual state they want others to be there with them but it is not possible to bring everyone to that level at the same time. Yet there is a distinction between the Prophet (peace be on him) and his level of piety, ibadah (worship) and connection with Allah, and that of the companions and us.

The Prophet (peace be on him) out of his love and concern, wanted to bring us up to a higher level, without overburdening us. His advice was coming from that high level, so instantly Allah Almighty sent a correction. He didn’t want people to become despondent or despair. As long as they remain within the boundaries of what is permissible, they are not sinful.

Some top-level scholars give speeches which lash everybody and pronounce everyone as a sinner. Yet, there are plenty of good people and soft hearts and well-connected people so we don’t need to make any sweeping statements about everyone’s doomed state. Let’s spread the message of hope instead.  Allah Almighty gave clarity there are different times for different things, and above all His mercy is vast.

What is Allah’s message to us?

Be happy, observe moderation (in doing deeds), and if you fail to observe it perfectly, try to do as much as you can do (to live up to this ideal of moderation).

Be happy. Abshiru means have good news. When someone has a baby, you call them and say ‘abshir?’ What’s the good news and they say bishara, good news. Or if some one asks for a favour, and you say abshir, which means ‘consider it done.’ Allah Almighty is giving us hope.

To hit the bull’s eye is tasdeed. If you shoot the arrow it is called tasdeed. Sadidu means your target is to please Allah and do whatever is required from you, fulfilling your obligations and duties. Do your best. You can’t hit the target in your first shot. It takes training.

So keep training and making the effort and reviewing yourself. Have a positive attitude. Don’t be complacent or laid back. 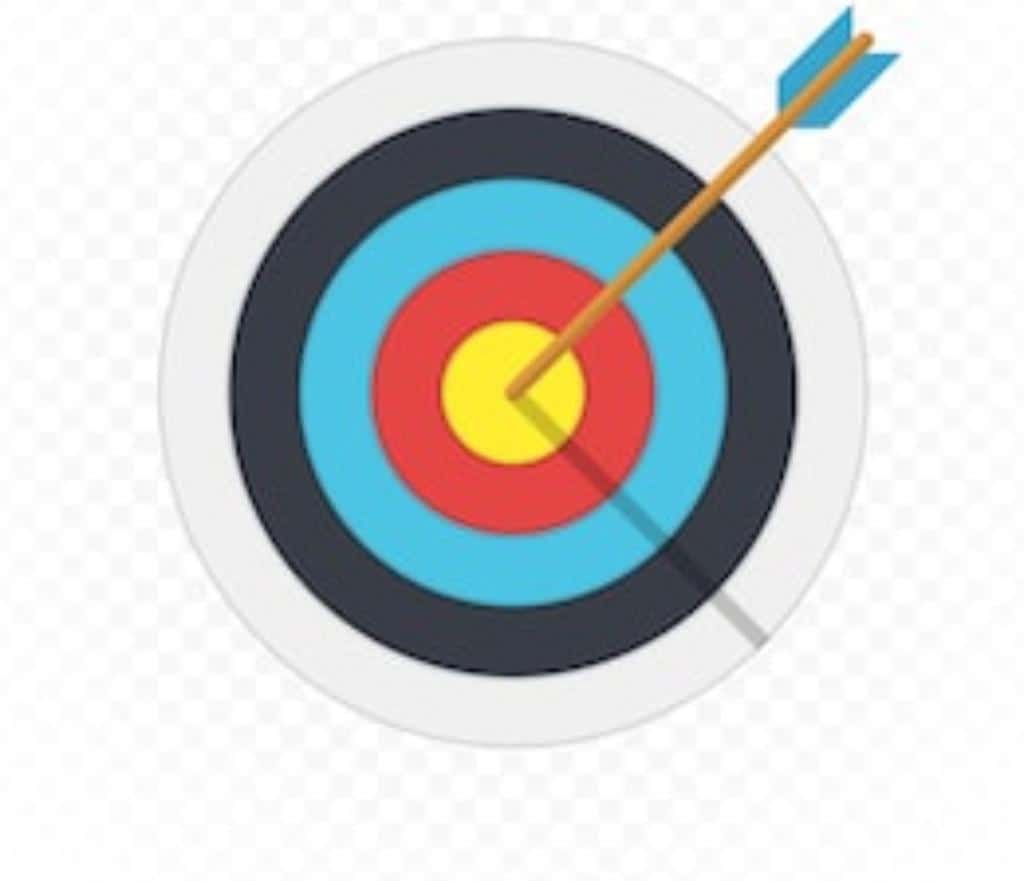 Qaribu means that if you can’t hit the bull’s eye, try your best to be within the limits of the dartboard. Don’t shoot so far off target that you go over your neighbour’s fence. Stay within the parameters.

Ultimately remember that Allah’s mercy is vast. As He says in Surah Hijr:

Say, ‘O My servants who have transgressed against themselves: do not despair of God’s mercy, for God forgives all sins. He is indeed the Forgiver, the Merciful.’ (39:53) 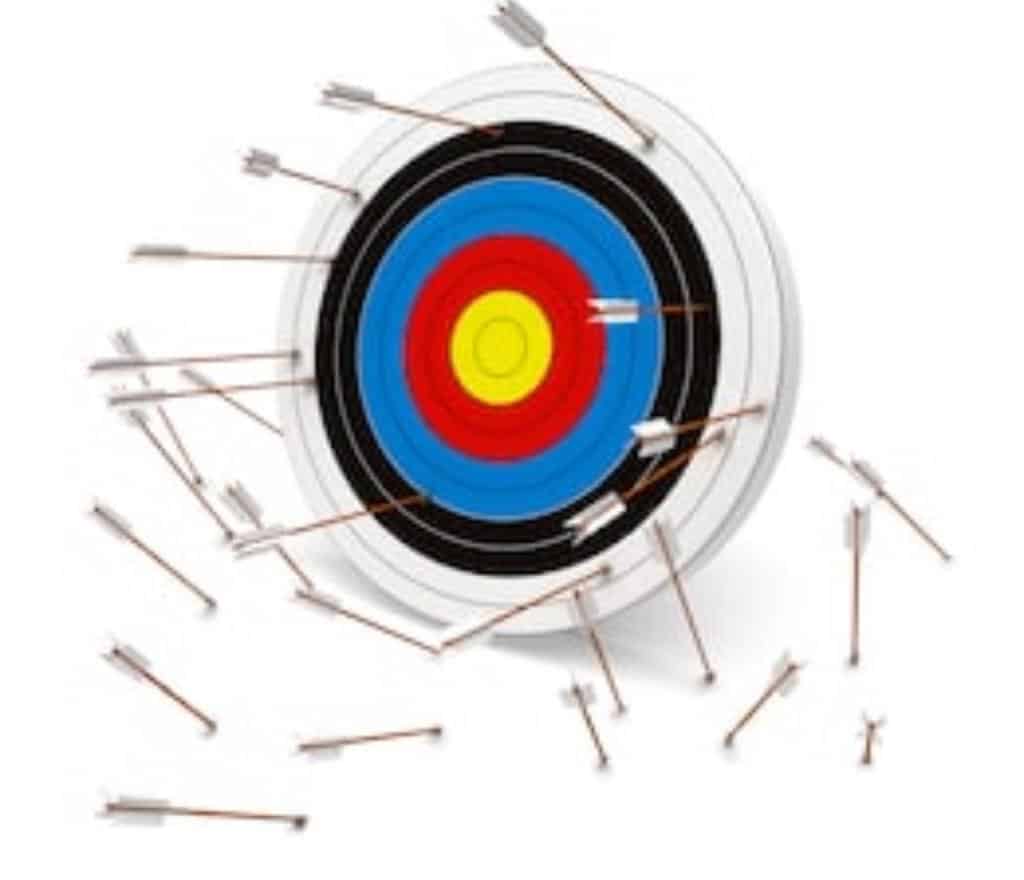 Hope and fear balance each other.  Imam al Ghazali pointed out that hope without any action is misguided, for it is as if the one who is making dua without taking any action is mocking Allah.

In our life, we sometimes have a complacent attitude that we can persist in doing something wrong, because Allah Almighty is all forgiving. Allah’s forgiveness and mercy are beyond our expectations but they are not a carte blanche for us to do wrong. We ask Allah for forgiveness but we do not deliberately sin on that basis. Do as much as possible, put your effort and will in it. Stay within the boundaries. If we cross the boundaries, we have to come back and seek Allah’s forgiveness.

Our Prophet (peace be on him) is giving us hope and a message of balance.

He (peace be upon him) was addressing Abdullah bin Amr ( May Allah be pleased with him).

Thus we have been made a balanced ummah between the body and the soul. We cater for both in moderation.

The Prophet (peace be on him) through this hadith confirmed one important fact- the need for preparation for the akhirah. He is warning us because he witnessed the agony in the akhirah for those who did not heed the message. He wants them to be protected and well prepared and not to get consumed by dunya and forget the akhirah till it is too late. This is why he made his statement and the companions wept.

It is a very deep lesson and we have to try and apply it. The coronavirus is a call from Allah to bring us back to Him no matter what our mistakes and shortcomings have been. We can ask for His mercy and support at this very desperate time. We will come inshallah through this stronger and better.

We ask Allah Almighty to forgive us our mistakes and shortcomings and sins. So we can do our tasdid and muqaraba, and to be on the straight path with all our family and our loved ones and our ummah. Ameen.

If you enjoyed this blog, why not subscribe to our Online Hadith Qudsi Session?

If you enjoy reading our blogs, do support us through your duas and donations.