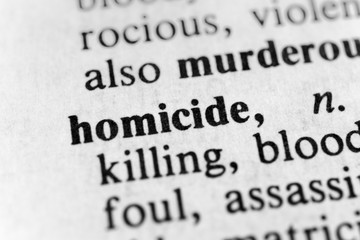 A Question of Murder 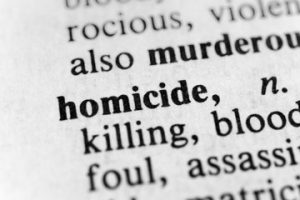 The story of the cow, from which Surah Baqarah derives its name, relates to an incident in which a man was murdered. Bani Israel wanted to identify his killer so they approached Musa (peace be on him) and it was revealed that they should slaughter a cow. Once the cow was slaughtered, the man would be brought back to life and reveal the murderer. Bani Israel had not quite shaken off their hangover from their past in which cows were sacred. Asking them to sacrifice a cow therefore was a test of their faith and they responded with delaying tactics. By stringing together question after question about what sort of cow they should sacrifice, rather than getting on with obeying the command we see their trait of argumentation blow by blow under a microscope – disobedience under the guise of hair-splitting perfectionism.

Bearing this trait in mind, the companions of Prophet Muhammad (peace on him) placed a high value of the attitude of ‘we hear and we obey’. While children often play the seemingly ingenuous game of ‘why?’ when asked to do something, side-tracking their parents to put off doing what they were told, a person of imaan and taqwa complies immediately. Whether they poured their alcohol into the streets, or ripped up curtains to use as hijabs, the sahaba didn’t defer applying commands to their lives. They were not super human, but they had a level of piety that made their consciences sting when they hesitated.

The Prophet (peace on him) would feel annoyed when people asked too many questions on what is and isn’t permissible if Allah Almighty had not explicitly made certain things haram. This unnecessary probing is a recipe for bringing hardship upon ourselves. When Allah Almighty asked Bani Israel to slaughter a cow, any cow would have done. However their incessant questioning narrowed their choice, till they had to find and pay over the odds for the particular cow that fit the exact description.

Argumentation never brings goodness. Even punishment may ensue as a consequence. We have the hadith about how the knowledge of which day Laylatul Qadr falls on was taken away from us because two people were arguing. Ubaadah ibn as-Saamit (may Allah be pleased with him) said:

Yet we see argumentation in our ummah all the time as people disagree about every detail of the deen. We are encouraged to promote peace rather than discord, which means restraining our egos even when we are in the right. The Prophet (peace on him) said:

What is the point of any argument? When two points of view differ yet each side tries to impose its view on the other. The root is ego. Having the highest IQ isn’t always a guarantee that intelligence is used in the best way. In fact, Shaytan was the most intelligent of creatures, yet he used his intellect negatively. Our minds are not the source of obedience, but our hearts. Obedience springs from a heart that is not hardened by its ego.

Surah Baqarah, the lengthiest surah, replete with extensive references to our history from the beginning of creation, and numerous rulings, takes its name from the specific incident of the slaughter of a cow. Surely we are being told that Islam distilled to a single lesson is humility, so we can submit wholeheartedly to Allah Almighty?