Why is it necessary to seek knowledge? What do we gain from it? 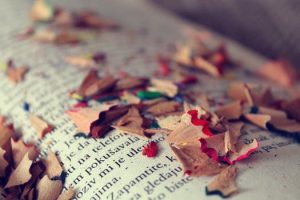 There are many hadiths showing the virtues and merits of knowledge. In the following hadith reported by Abu Hurayrah (may Allah be pleased with him), the Messenger of Allah (peace be on him) said:

‘Whoever follows a path searching for knowledge, Allah will ease for him onto a path towards paradise.’

So this shows us the great excellence of the students of knowledge. Seeking knowledge is a path, a way towards His pleasure, a way to Allah, a way to a better life and a road to salvation from the Fire of Hell and heading towards happiness and the eternal delights in the Gardens of Paradise.

Every Muslim should have their goal set on Paradise, Allah says:

‘And surely Paradise – it is the goal.’ And ‘Indeed the next abode – it is truly the life!’

‘Seeking knowledge is compulsory upon every Muslim’

Seeking knowledge is a duty on every Muslim, man or woman who has testified to worship of the One true God.

The first duty of any Muslim is to get to know his religion through the right sources. This is because in Islam, knowledge comes before action. A person should know that Allah has made it obligatory upon him to worship his Lord. And this worship cannot be attained except through sound knowledge, verily, how can one worship Allah without knowing the proper etiquette in worshipping Him?

‘Knowledge has priority over preaching and action.’

‘Whoever acts without sound knowledge, he ends up destroying more than what he is building.’

Every person should acquire as much knowledge of fiqh as he needs to ensure that his worship and daily dealings are correct, and he should ensure that he has a sound grasp of the basic principles of his religion.

So it comes as no surprise to see Muslims thirsting for knowledge, devoting themselves to its pursuit. Muslims of all times and places have understood the importance of seeking beneficial knowledge, and the positive effects this has on their own characters, families and societies. So they seek knowledge enthusiastically, hoping to learn that which may benefit them in this world and the next.

The Qur’an and Sunnah are directed at men and women equally, and that they are both obliged to seek the kinds of knowledge that have been made obligatory for individuals and communities (fard `ayn and fard kifayah) to pursue them.

One should seek knowledge to serve Allah. And often the means of serving Allah is through serving the people. So he is required to seek knowledge, whether it is ‘religious’ or ‘secular’ that leads to the progression of this ummah, benefits himself and the servants of Allah is deemed to beneficial and good. It may be fard Kifaya upon the community to have people with specific knowledge and expertise that the community is in need of. As long as these needs are not fulfilled, the community as a whole will be responsible to answering to Allah for the failure to do so.

The Muslim who understands that seeking knowledge is a duty required of his faith can never stop nourishing his mind with knowledge, no matter how busy he may be with work or taking care of his family.  He steals the odd moment, here and there, to sit down with a good book, or a useful magazine, so that he widens his knowledge.  He uses all his spare time to broaden his horizons with some useful academic, social or literary knowledge, thus increasing his intellectual abilities.