What is the concept of intercession (shafa’ah) in Islam 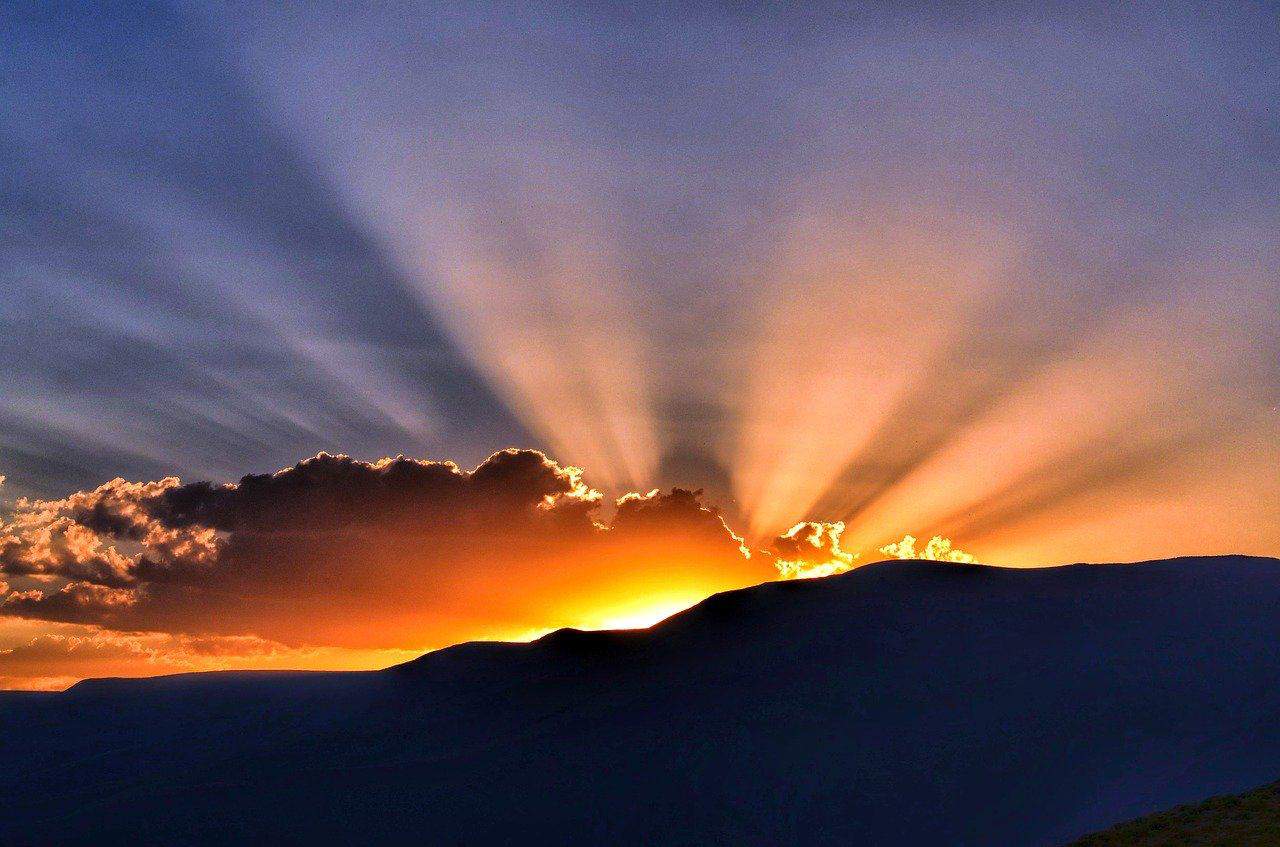 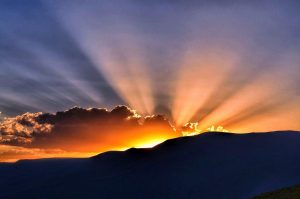 A good starting point for the concept of intercession is an occasion when the Prophet (peace be on him) disappeared, and his companions were extremely worried what had become of him, and whether they had been replaced by some other set of companions.

The unrejected dua of the prophets

Out of their love for the Prophet (peace be upon him), the companions searched high and low to find him, and when they did, they asked where he had been and he said that Allah Almighty had woken him from sleep and informed him that every prophet or messenger was granted a supplication that would be answered, and he too had been offered this supplication. However he chose to postpone it to the Day of Judgement when he would intercede for his ummah.

In the Quran there are also verses which talking about shafa’ah and you know many of these verses, especially in Surah Baqarah, in the Ayatul Kursi, Allah Almighty says:

Who is he that can intercede except with His permission (2:255)

This means that on the Day of Judgement, no one can intercede without Allah’s permission.

In another ayat in Surah Anbiya, Allah Almighty says:

He knows what is before them and what is behind them, and they cannot intercede without His permission––indeed they themselves stand in awe of Him. (21:28)

This means that no one can intercede unless Allah is pleased with them.

Some scholars also commented that there is a reference to intercession in Surah Duha when Allah Almighty says:

And your Lord will give you something that you will be pleased with. (93:5)

Imam al Baghawi the great Mufassir (scholar of tafseer) commented, on the authority of Ibn Abbas (may Allah be pleased with him), that ‘something you will be pleased with’ is ‘as shafa’ah’, in other words, that Allah will grant the Prophet (peace be on him) intercession for the ummah, which will give him great satisfaction.

Al Mushaf’iq, with a ‘qasra’ on the ‘f’ is Allah Almighty, because He gives permission to the Prophet (peace be on him) to do the intercession.

bn al Kathir, one of the scholars of hadith, wrote a beautiful book on Gharib al Hadith, the strange words or difficult words in hadith, explained in his book Nihya al Bidaya, one of the great references in hadith and linguistics, said, shafa’ah is that the Prophet (peace be on him) will ask Allah Almighty to forgive those who committed  sins.

In another narration, ‘Abdullah bin ‘Amr bin Al-‘as (may Allah be pleased with them) reported:

Then he (peace be on him) raised up his hands and said, ‘O Allah! My Ummah, my Ummah,’ and wept;

Allah, the Exalted, said: ‘O Jibril (Gabriel)! Go to Muhammad (peace be on him) and ask him: ‘ (though your Lord knows it fully well): What makes you weep?

So Gabriel (peace be upon him) came to him and asked him, and the Messenger of Allah (peace be on him) informed him what he had said (though Allah knew it fully well).

Upon this Allah said: O Gabriel, go to Muhammad and say: ‘Verily, We will please you with regard to your Ummah and would not displease you’. (Muslim)

The unrejected dua made by the Prophet (peace be on him)

As per the hadith, Abu Huraira said:

The Prophet of Allah (peace be on him) said: There is for every prophet a prayer which is granted, but every prophet showed haste in his prayer. I have, however, reserved my prayer for the intercession of my Ummah on the Day of Resurrection, and it would be granted, if Allah so willed, in case of everyone amongst my Ummah provided he dies without associating anything with Allah. (Bukhari and Muslim)

From this we see that previous prophets were hasty in using their special dua. They made their dua in their lifetime either against the people who were very oppressive, and wrongdoers, but the Prophet (peace be upon him), is commenting here, ‘I have however reserved by prayer for the intercession of my Ummah on the day of resurrection and it would be granted if Allah so wills in case of every one of my Ummah provided he died without associating anything with Allah’.

Allah Almighty has granted the Prophet (peace be upon him) this intercession as a special gift.

Jabir b. ‘Abdullah al-Ansari reported that the Prophet (peace be on him) said:

I have been granted five (things) which were not granted to anyone before me (and these are): Every prophet was sent particularly to his own people, whereas I have been sent to all the red and the black (everyone), the spoils of war have been made lawful for me, and these were never made lawful to anyone before me, and the earth has been made sacred and pure and a mosque for me, so whenever the time of prayer comes for any one of you he should pray wherever he is, and I have been supported by awe (by which the enemy is overwhelmed) from the distance (which one takes) one month to cover and I have been granted intercession. (Muslim)

The Intercession to begin reckoning

Bukhari mentioned, on the authority of Ibn Umar (may Allah be pleased with him) that on the Day of Resurrection, people will go to Adam and ask for him to intercede and he will refuse, saying ‘I can’t do it’ and they will go to Nuh, Ibrahim, Musa and then Isa (may Allah be pleased with them), and then when they approach the Prophet (peace be upon him), he will say ‘I am for it’ (ana laha) and will intercede (peace be upon him).

The special station of the Prophet (peace be on him)

When you hear the adhan, repeat what the Mu’adhin says. (Imam Malik – Muwatta)

The Sunnah recommends that while the adhan (call to prayer) is being called, one should listen attentively and repeat every line silently after the Mu’adhin (the one who calls to prayer), but when he says hayya ‘ala-Salah (come to prayer) and hayya ‘ala-l-falah (come to success) one should say: La hawla wa la quwwata illa billah (There is no might or power except with Allah)

When the adhan has been recited we should make this dua:

O Allah, Lord of this most perfect call, and of the Prayer that is about to be established, grant to Muhammad the favour of nearness (to You) and excellence and a place of distinction (maqam mahmud), and exalt him to a position of glory that You have promised him.

The mercy of the Prophet (peace be on him)

It is a reflection of the mercy of the Prophet (peace be upon him) that he didn’t use his special dua in the dunya against his opponents, though he could have done this on many different occasions, but he reserved it to intercede for his Ummah instead.

The unique intercession of the Prophet (peace be on him)

In the hadith where the Prophet (peace be upon him) is saying that, ‘I’ve been given five things that have never been given to any prophet before me’ and he mentioned shafa’ah but in reality from different narrations we see that the prophets and messengers will intercede for the people, so it’s not an exclusive thing in this regard for the Prophet (peace be upon him). So what is the unique thing then, which Allah has given to him?

Ibn Rajab Hanbali (may Allah be pleased with him), one of the great scholars commented on this in his commentary on Bukhari though he passed away before he completed it. In the part which has been published from his manuscript, he elaborated it in a beautiful way that the special intercession is:

And when he mentioned this on a different occasion amongst his companions, they said, ‘Only seventy thousand of these will go to Paradise without any questioning.’

Uqasha (may Allah be pleased with him), who was among the listeners, stood up and said, ‘O Rasulullah! Pray for me so that I shall be one of them.’ So the Prophet (peace be on him), ‘O my Allah! Include him among them!’ But when someone else stood up and asked for the same prayer, he stated, ‘Uqasha has forestalled you.’

So said that now that Uqasha had been granted it first, he would not repeat it for everyone as they would rely on it.

In another narration, it says that every 1,000 will have 70,000. This shows us the mercy of Allah Almighty, which is beyond our comprehension.

Intercession is a ticket for laziness or for us to rely and say, ‘Yes, we just rely on shafa’ah, and we can relax’. No, we have to do our best as Allah Almighty stated in the Quran true believers are ‘those who believe and do good deeds’ on 50 occasions. We should have iman (our belief) and our trust in Allah Almighty (tawakul) in Allah Almighty, but it has to be accompanied by action. And we ask Allah to accept our actions and our deeds.

We shouldn’t be relaxed. We have to do our bit and then leave the rest for Allah Almighty.

When something troubled the community, he didn’t sleep easy, he wasn’t relaxed and didn’t go on holiday, as our leaders today do. He stood in prayer all night, supplicating Allah Almighty to lift the calamity from the Ummah, to grant the Ummah protection against famine, or disease and not to punish this Ummah.

This is inspiration and guidance for all of us, on how we should be lead, how should we communicate with Allah Almighty when we have any concerns, or any issues related to us and our families, which we feel anxious about it.

How to resolve problems

The true position of leadership is to go and do your best to resolve it, with wisdom and real connection with Allah Almighty, with supplications and ‘istikharah’ and as well ‘istisharah’ which is consultation(with people of wisdom and experience). As the Prophet (peace be on him) did.

These narrations about shafa’ah are an encouragement for the Ummah. Don’t despair. Don’t lose hope. Do your best.

Start your free trial of the Hadith Qudsi Videos NOW