How to be the best worshipper 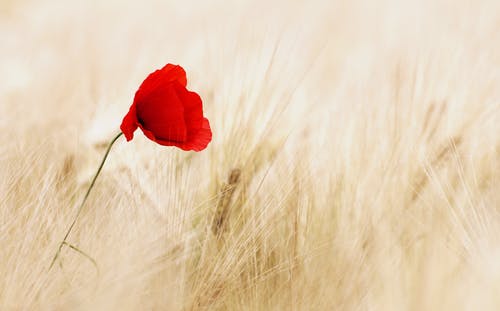 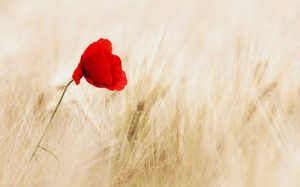 It has been narrated by Tirmidhi and also Imam Ahmad and others that Abu Hurairah (may Allah be pleased with him) said that the Prophet (peace be upon him) once said:

The cautious vs the courageous

Then Abu Hurairah came forward, although he didn’t know what it would entail, and said:

Me, O Messenger of Allah!’ I will take these words.

Taking the words was a big responsibility. It wasn’t about wearing a badge but about taking action. Why did the Prophet (peace be on him) offer the choice of acting on the words or passing the knowledge on to someone else who would act on them? They are both actions.

Passing knowledge on is an action. It is not passively absorbing knowledge. It is processing it. In fifty verses of the Quran, we see Allah combine belief with action- he couples ‘belief’ with ‘doing good deeds.'( Those who believes and do good deeds).

This is why the audience did not jump to respond. They waited to see what taking the words would involve before committing themselves.

Then Abu Hurariah stepped forward to accept the challenge, and this shows he was probably a risk taker. In investment banking, you have those who are risk takers and those who play it safe. Some people go into start ups which are high risk and high return, while others stay away from them. Some are rabbits and some are lions.

Abu Hurairah showed that he was not just satisfied with his level, but wanted to improve himself further, and to excel.

At this the Prophet (peace be upon him) took Abu Hurayrah’s hand and acknowledged his response. We have seen this telling gesture in the sunnah many times – when you want to emphasise something you make physical contact, not just verbal. You take the other person by the shoulder or by the hand. With this movement, the Prophet (peace be on him) rewarded Abu Hurairah for accepting his offer, even though he had not yet given the details of the offer. What a beautiful and touching moment, for as Anas bin Malik narrated, the Prophet’s (peace be on him) hand was softer than silk.

Like Abu Hurairah, we need to get out of our comfort zone, to excel. It involves taking risks but you need to assess risks and not let them prevent you from doing better. Don’t be satisfied with your level of knowledge and closeness to Allah Almighty.

Abu Hurairah accepted the task, because he had complete trust in the Prophet (peace be on him). When you do KYC (know your customer), you establish the identity and potential risk posed by them. Here Abu Hurairah responded based on trust. Moreover he would have had to ask himself if he was up to fulfilling the task and making a snap assessment of his ability. No matter how hard it was going to be, he rose to the challenge.

The Prophet (peace be on him) then put forward 5 actions:

With these words, the Prophet (peace be upon him) set out the five things every single one of us has to take on board and apply.

How to be a top level worshipper

If you think you are safe because you have filled your scales with mountains of voluntary acts you are not if at the same time, you are committing haram – you are not a top level worshipper.

Whereas if you are avoiding the haram, but not performing extra acts of goodness like qiyam, but you are fulfilling the obligations, you will be the top.

Is it better to avoid the prohibitions or to fulfil obligations?

There is a big debate among scholars on this and the majority including myself, say yes, it is more important to do the obligations. Obligations are a must. Allah Almighty has given us concessions to make fulfilling his commands easier. For example, He makes praying easier for us if we have difficulties – allowing us to pray sitting down or lying down. But he has not waived the obligation. There is no excuse for anyone to stop praying, unless you are unconscious.

If you have to choose between the two, there is no excuse for not fulfilling obligations.

Allah Almighty told us in the Quran not to come near His limits. The damage caused by breaking the limits is to yourself.

Those who transgress Allah’s limits are the unjust. (2:229)

These are the limits of Allah, whoever oversteps Allah’s limits has wronged his own self. (65:1)

We strengthen our own defences by avoiding the haram. Every time we access the haram we make our system vulnerable to attack, we make a hole in our defences.

Avoiding the haram makes you strong

If your intention is pure and clean, your heart will be pure and clean and the sweetness of your imaan will take you higher and higher in the levels of ibadah inshallah.

Sins add layers of darkness to the heart, and make the heart unable to distinguish between right and wrong. You become enslaved to your desire. That is very dangerous territory.

Have you seen the one who has taken his desire for his Lord?

And Allah has sent him astray due to knowledge and has set a seal upon his hearing and his heart and put over his vision a veil? (45:23)

It is narrated on the authority of Hudhaifa:

Hudhaifa said: I heard the Messenger of Allah (may peace be, upon him ) observing: Temptations will be presented to men’s hearts as reed mat is woven stick by stick and any heart which is impregnated by them will have a black mark put into it, but any heart which rejects them will have a white mark put in it. The result is that there will become two types of hearts: one white like a white stone which will not be harmed by any turmoil or temptation, so long as the heavens and the earth endure; and the other black and dust-coloured like a vessel which is upset, not recognizing what is good or rejecting what is abominable, but being impregnated with passion. (Muslim)

Don’t be encouraged to sin because Allah Almighty is All Forgiving that is a mistake. Ask Allah for forgiveness and avoid the haram.

Haram comes in different guises – online, offline, on the street, off the street. But you can easily spot the haram if your heart is sound.

Not fulfilling commands is also haram

Avoiding prohibitions does not only entail refraining from sins, but incluces doing the obligations. If you are not fulfilling the commands of Allah, that is also haram.

It is not enough to say, you don’t drink alcohol, if you are not praying. You are avoiding one haram, but committing another haram instead.

Do the obligations and refrain from prohibition, it will make you the best worshipper, more than the one who prays a thousand rakat per night but does not follow the commands.

Avoid the prohibitions at any cost. Even if you are offered bonuses and high salaries, riba and derivatives are not halal. They are reason for the collapse of the economy in 2008.

Protect your loved ones

Be a person of goodness. Don’t involve yourself in haram. This is how you protect yourself, and your family, and your rizk from haram.

You will excel in your closeness to Allah Almighty. He will put barakah in your time and your affairs.

In addition to this, have satisfaction (rida) for what Allah Almighty allotted for you. Don’t be greedy but at the same time don’t be lazy. Do your best.

The one who are the people safe from his hand and from his tongue. (Bukhari)

Avoid much laughter because it kills the heart – joking all the time is a sign of heedlessness (ghaflah). Don’t be that person. Don’t be a joker all the time. Don’t. You have ‘akhirah’ to prepare for.

These are from the wasiyya (last will and advice) of the Prophet (peace be upon him).

May Allah make us from those who fulfil His commands, and refrain from His prohibitions and excel in His worship. Ameen

Khutbah delivered on 7th February 2020. And to the Youth Circle on 6th February. Transcribed by Rose Swinburn.