The Message of Love 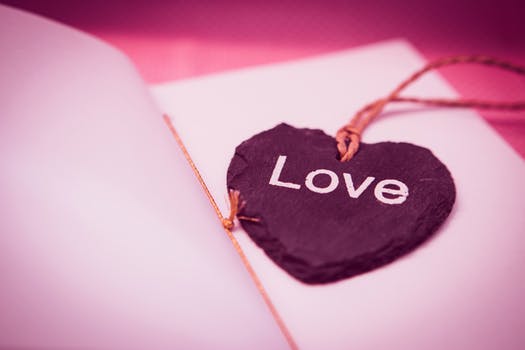 The Message of Love

And indeed, the Qur’an is the revelation of the Lord of the worlds.

The Trustworthy Spirit has brought it down

Thus He describes the Qur’an as a spirit. It is the spirit of our hearts and our life. Without the spirit of the Qur’an there is no real life. The other meaning on which I want to focus, when we mention the heart, is that although it is the place for understanding and accountability and reflecting and pondering, it is also the place of love. There is a direct correlation between the heart and the idea of love. The two main meanings of the heart in this context are as a symbol of life and a symbol of love.

What does this mean? It means simply we have an equation here. The Qur’an plus the heart equals love.

In other words, the Islamic message, the revelation is about the Message of Love. And the Prophet (peace be on him) made this love a pillar of imaan.

In another narration, the Prophet (peace be on him) said ‘None of you believes until he loves for people what he loves for himself from goodness’. The message of love is again across the whole Qur’an. Loving Allah and His Messenger and loving goodness of people, amongst many other aspects of love

In fact, the pillars of any society, or the relationships between people, are based on love. When the Prophet migrated to Madinah, the very first opening speech in Madinah he was establishing the pillars of the human society, let alone the Islamic society. So, he delivered a very short comprehensive speech. And Abdullah ibn Salaam, one of the Jewish rabbis at the time, said ‘When the Prophet came to Madinah I went to see him’. He said ‘The moment I saw the face of the Prophet I knew this was not the face of a liar’. I heard the Prophet (peace be on him) say ‘Oh people’ thus addressing all people. Not just believers. ‘Spread greetings amongst you.’ This is the message of love. ‘Shall I not tell you something which will spread love amongst you? Say “salaam”’. Thus, this is the simplest form of spreading love. To say salaam. Especially in London. No one says salaam to anyone! On the underground, on the bus, in the street. Spread salaam, spread greetings. And greet others with a smiley face – it is a form of charity.

And the second thing the Prophet said, ‘Feed the poor’. Looking after the needy in your community. And this is the basis of any good successful community. You should look after one another. We have plenty of food banks at the moment, for those facings a hard time. Thus the Prophet was spreading not only the word of love but the action of love. Spreading salam is a word, feeding the poor is an action of love and care and concern

The fourth message is ‘pray during the night whilst the people are sleeping’. What is it? It is the message of love between you and your Lord. Not just between you and people, your neighbours, relatives, wives, children or community at large. Don’t forget the main thing in your life is Allah Almighty. This is the one which gives you the sustainability to be able to deliver the three previous messages. And what is the outcome? You will receive Jannah insha’Allah.

And so the heart is a very big message. The Prophet (peace be on him) said in the sunnah, he pointed to his heart three times and said ‘Piety is right here’ (pointing at his chest) ‘Piety is right here. Piety is right here’. And so again we see the significance of the heart, where the fear and love of Allah is; where love towards people is. Where understanding is. So we need to look after our hearts.

In the same surah Shu’ara:

‘The Day when there will not benefit [anyone] wealth or children

A sound heart is a disease-free heart – with no sins. We need to look after our hearts so that we can deliver the core message of Islam. From day one the Prophet was teaching his community how to deliver the message of love.

Today we look at the attacks on Muslim schools, and accusations that they are spreading hatred. These accusations have no legs to stand on. The real message of Islam is that of love, not of hate. The media needs new topics, new business. But not at our expense. Not at our expense as a Muslim community. Not distorting or changing the reality, not in portraying a different image of our Muslim schools. I ask Allah Almighty to reveal the truth about our schools and our communities and everywhere. Ameen

We are now coming toward the end of Rajab. Just a few steps from Ramadan. In Rajab the Prophet used to say, ‘Oh Allah, bless us in Rajab an Sha’baan and bring us to Ramadan’. It is a reminder that we need to prepare for Ramadan before it comes. Not on the day it starts. Prepare yourself in the coming weeks. Through fasting, increasing our commitment more to our Qur’an and recitation, as a good step toward meeting Ramadan.