The link between manners, moral values and feelings 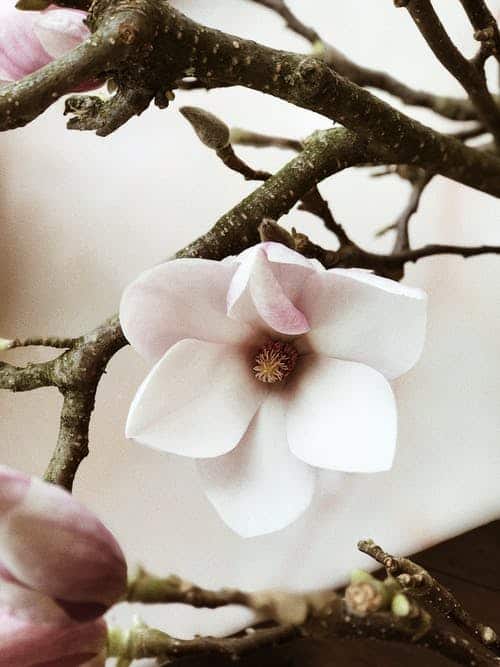 Abdullah bin Mas’ud (may Allah be pleased with him) narrated that the Prophet of Allah (peace be upon him) said:

‘When three of you get together in company, two of you must not talk privately while isolating the third so as not to make him feel sad because he’s been left out, till you mingle with other people’

The Prophet (peace be upon him) shows us the best manners when three people are together in company. It is rude for two of them to talk privately, and exclude the third. This would obviously make the third person unhappy, regardless if he/she has a good relationship with the other two or not.

Being inconsiderate of others’ feelings is prohibited

Scholars have commented that when the Prophet (peace be upon him) said fala la yatanaja (no not exclude) the third, faina dhalika yuhzinuhu as it ‘creates sadness in someone’s heart’ he prohibited it. The majority of the scholars say it is prohibited and many of them say at the minimum it is very disliked.

We understand from this that to create bad feelings in someone’s heart is punishable while creating good feelings is rewarded. This is why in many narrations the Prophet (peace be upon him) mentioned that it is very rewarding to bring happiness to your brother’s heart.

Can you interrupt a conversation between two people?

The etiquette is to wait till someone’s talk is finish. You cannot interrupt but sometimes in a nice way if you can let him know that you are waiting etc. There are some easy ways; it’s not probably hurting anyone, just telling them there’s a big queue, others are waiting. Also depends on the relationship with that person. It might be a very good relationship, ‘This is an old friend, I know her, I want just to say salaam before I go, sorry to interrupt you. Assalaam’alaikum I’m just going and leaving, if you need anything, text me etc.’ Such interjections are fine; it’s not rude, it depends how you conduct yourself.

This hadith is consistent with a multitude of hadith across the sunnah and with verses in the Quran. There are many instructions, and guidelines to the effect that a Muslim is a brother for a Muslim; he must not oppress him, he must not hand him over to his enemies, or let him down, and we should all help and support each other. This is how we build a strong and effective community.

Do not break anyone’s engagement

You are not allowed propose to somebody if someone else has already proposed to her. Why, because this creates hurt and animosity. It is against good etiquette.

Similarly, you are not allowed to buy something, which has already been bought. Therefore, if somebody buys a product, and the sale has been agreed but you come along and like it, you cannot say, ‘How much did he pay? £100? I’ll pay you £110’. You are not allowed to do this because he won’t like it. The deal is already done and dusted. This is haram. Why? Because it creates bad feelings.

Do not gazump anyone

In this country, gazumping is legal – to refuse to sell a house that you own to someone you have agreed to sell it to, and to sell it instead to someone who offers to pay more for it: However, Islamically this is not allowed, because once the sale is agreed, you cannot break it.

All scenarios where a prior agreement is broken are not allowed in Islam, because they create ill will and disrupt a harmonious society.

Moreover, the Prophet (peace be upon him) forbade envy, as it is one of the common roots of discord between people, he said ‘Do not envy one another, do not hate one another’.

If you hate your boss it affects how you work and means you cannot do your job properly. You will hate talking to him, and you will want to leave your job because he is rude and makes you feel annoyed or upset. You would be willing to take a different job with lower salary to get away from him because you can’t live with the ill feelings, the heavy chest, and suffocating environment, all day and everyday.

Ill feelings, even without any physical harm, are unhealthy. If you are in that situation, you should get out of it, because it will destroy your confidence, and your good relationship with others because you will be feelings waves of anxiety, sadness, agitation and anger; When you offload them, you feel at ease and able to relax.

Never risk your psychological wellbeing for the sake of money. Don’t risk your health for your wealth. It’s a lose, lose situation; even if you are earning a big salary. If those feelings develop into psychological illness, billions of pounds will not bring you back on track. The piles of money cannot be exchanged for peace of heart. You can’t put a price on tranquility, it is worth more than millions, it’s priceless.

I know many of us are under pressure etc., and the whole country is suffering from bad leaders from the top to the bottom. It can traumatise the whole nation when they have a bad leader.

From the collection of hadith in Ibn Hajar al Asaqalani’s Bulugh al Maram. Taken from the last chapter in his book, which is Kitab al Jami (The Comprehensive Book), which is a collection of etiquettes.

The narrator of the hadith was a great faqi, in the great houses of the Quran, a great reciter of the Quran and a great judge and the Prophet (peace be upon him) sent him to different places, including Yemen and Baghdad. He established a school and it was from the School of Ibn Mas’ud that the school of Abu Hanifah started. Although Abu Hanifah did not meet Ibn Mas’ud his school has a direct connection with the School of Ibn Mas’ud as he learnt from those shuykh.