Surat al Qalam – What lessons are there in the second revelation? 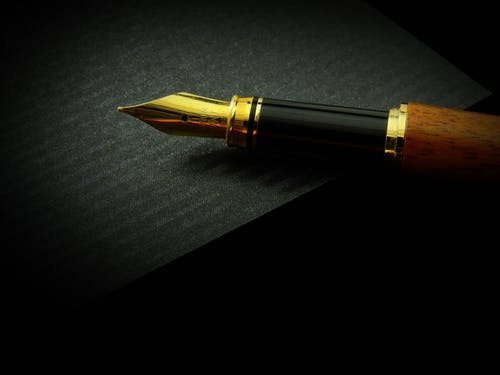 The surah’s is name The Pen (Al Qalam). Al Qalam is a symbol of knowledge. We use the pen to exchange ideas and transfer knowledge. The very first thing Allah Almighty created was the pen. He commanded it to write down everything that would happen.

The symbolism of the pen is not confined to writing, but to any means of delivering knowledge. Knowledge is important in Islam. It is no coincidence that the first surah begins with the word Iqra (reading) and the second surah by swearing on the pen, the tool for writing.

‘Ubadah ibn al-Samit (may Allah be pleased with him) reported that the Prophet (peace be upon him) said:

“Verily, the first to be created by Allah was the pen. Allah told it to write, so it wrote all that will exist until forever.” (Tirmidhi)

Surat al Qalam was revealed in Makkah, and bears the hallmarks of Makkan surahs, as it challenges the status quo and disbelief. It questions the old traditions, superstitions and myths which the community were clinging to, and their idolatry which is so displeasing to Allah Almighty.

Correcting aqeedah (belief) and imaan (faith), the surah’s tone is interrogative and attacks their intellect:

Or do they have associate-gods ˹supporting this claim˺? Then let them bring forth their associate-gods, if what they say is true. (68:41)

The surah begins with the letter, nun, similar to other letters which are used at the beginning of several surahs, such as Ta ha, Ya seen and Ha meem. These letters are known as al-huroof al-muqatta’a. Only Allah knows their meaning. They posed a challenge to the masters of the Arabic language, who were unable to explain what they meant. They baffled and defied their audience, as if saying ‘What do you make of this?’ The Quraysh in turn, tried but failed to challenge the Quran.

The story of the garden

We are told the story of the people of the garden, whose father used to have plants, crops and fruit in his garden, which he would share with the poor. When he passed away, his children said their father had been wasting his money so they would not continue this practice, and decrease their wealth. They selfishly decided instead to keep it all to themselves.

For this reason, they planned to harvest their crops before the poor usually arrived by going at Fajr time. They ignored the wisest sibling, who said they should not do this. Because of this selfish intention, Allah burned down their garden. When they arrived, they did not recognise it. They thought they must have got lost on their way to their garden. Then as the reality dawned on them, they regretted what they had done and wished they had listened to their wise brother.

What is the moral? The heirs did not appreciate the blessing they had been given. They did not show gratitude. They were not willing to share what they had with the needy. So Allah Almighty punished them for their selfishness.

Similarly, the people of Quraysh were not grateful for their blessings. They were punished by years of drought and asked the Prophet (peace be on him) to call for rain.

The voice of reason

They attacked him, though he was the voice of wisdom and sanity, so Allah Almighty said to them, that it was not Muhammad (peace be on him) who was crazy, though they called him mad. It was they who were crazy for not believing in the truth.

We see a parallel between them and the people of the garden. In the midst of those who argued against what was right, there was a wise voice, pointing out the truth and defending it. Even if all of them denied him, it did not make them right. Usually the majority crushes the minority, but majority is not necessarily always right.

Due to their bad intention, the people of the garden lost it. However when they repented, Allah Almighty replaced it with something better and they resumed being charitable as their father had been.

Meanwhile the Quraysh were not happy when the Prophet (peace be on him) recited the Quran, out of their envy. They were jealous that he had received prophethood and was better than them.

Islam came to end this kind of selfishness and egotism. It came to bring humility, peace, love, co-operation and care in the community, rather than the ‘what is in it for me’ attitude which was prevalent. Yet, the message kept falling on deaf ears and the Prophet (peace be on him) even after 13 years of dawah found only very few people accepted Islam.

The importance of knowledge

Allah Almighty bestowed divine knowledge on the Prophet (peace be on him) and Islam is based on knowledge. We need to verify everything we study and learn and teach. It is an amanah. This is why the surah is called al-Qalam. We have to keep this knowledge in circulation. The best among you are those you are learning and teaching the Quran.

‘Uthman bin ‘Affan (may Allah be pleased with him) reported that the Messenger of Allah (peace be on him) said:

“The best amongst you is the one who learns the Qur’an and teaches it.” (Bukhari)

Islam is the top level of knowledge and whatever else is beneficial comes after this. We should learn as much as we can and master what we can depending on the needs of our community.

This surah is about imaan, how to face challenges in your community, the wise opinion, what is fair, and having courage to stand up for what is right, while relying on Allah Almighty, who will defend you, without doubt.

Finally, Quraysh thought that as they had been favoured by their status and wealth, they would have the same in the hereafter. Allah Almighty chastised them and said that He would not make criminals equal to the believers.

Shall We then treat the (submitting) Muslims like the Mujrimun (criminals, polytheists and disbelievers, etc.)? (68:35)

The Quran is a reminder to all the world. It is not restricted to any group, nation or race. It is for everyone.

We ask Allah Almighty to make us among those who read the Quran and apply it to our lives. Ameen.