Following your opinion vs following the Sunnah 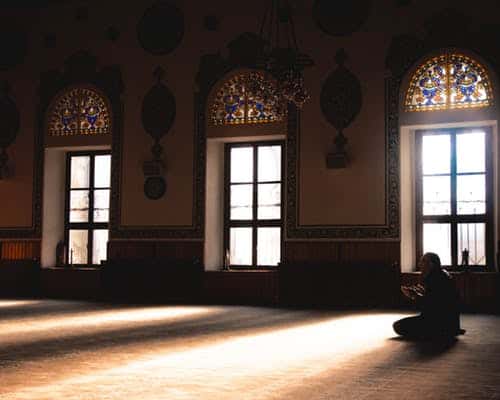 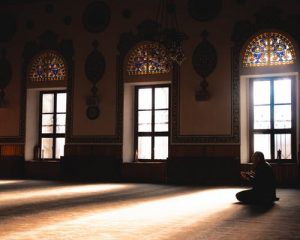 As Ali (may Allah be pleased with him) observed, ‘If religion was based on opinion the bottom of the khuff (leather socks) would take preference for being wiped to the top of the khuff, but I saw Allah’s messenger (peace be on him) wipe the top of his khuff.’ (Abu Dawud)

Follow the Prophet (peace be on him) not your opinion

How the Prophet (peace be on him) wiped his khuff

He used 3 fingers from end of his toes the to beginning of his ankles. Three fingers are the minimum number of fingers used to wipe, you cannot use one finger to wipe. This is how we received it from Prophet (peace be on him).

Allah Almighty described wudu clearly in the Qur’an and its practical implementation was shown to the companions by the Prophet (peace be on him). The companions learned by direct observation of him.

The prescribed aspects of worship are set in stone

The method of wudu is ‘tawqifi’, that is ‘divinely prescribed’. It has to be done as it was taught and cannot be changed based on opinion. It is not open for interpretation. The concept behind tawqifi instructions is to reduce differences of opinion.

Why do we have variations in worship?

There are different versions of how the Prophet ﷺ did some ibadah, if all the versions are authentic then therefore all are tawqifi, but we have to remain within the authentic traditions. We cannot bring our own interpretations or opinions which go outside this.

For example, the Prophet (peace be on him) recited 3 different versions of at-tahiyyat in authentic traditions. Also, there are different positions of the hands in salah in authentic hadith. But none of this based on opinion.

‘When there is no text, opinion comes in’.

Accordingly the scholars established a Maxim: La ijtihad fi mawridi al Nass. When there is no text then ijtihad opinion can be made.

Opinion comes in when there is no clear text. Relevant opinion is based on the text, rulings and maxims that we do have.

So in just one word Ali (may Allah be pleased with him) has answered many questions within the community. He is saying in this hadith, it is not a matter of following your opinions it is a matter of following what we received. This is a methodology that applies widely to all aspects of ibadah.

Yes, when we have a clear instruction from the Prophet (peace be on him) then opinion does not come into play. However, if an issue is vague and open to interpretation, then there is a place for opinion.

Ali (may Allah be pleased with him) is teaching here that opinions should not prevail over the text. This is how he received it from the Prophet (peace be on him) and this is how we should apply the text.

Do we have to follow an instruction even when we don’t understand the wisdom behind it?

A final lesson we can draw from this is that when one comes across an instruction related to ibadah in authentic text which one does not understand, one cannot decline to do it despite not understanding it.

For example, one may say why do we circle the Ka’ba seven times in tawaf? And, why anti-clockwise? This ibadah is prescribed clearly in the text, so suspend your opinions, just follow the text.

We cannot comprehend the wisdom as our intellect is limited

It shows us how limited we are in our understanding as Allah Almighty stated in Surah Israa, all the knowledge that you have been given it is just a little:

And they ask you, [O Muhammad], about the soul. Say, ‘The soul is of the affair of my Lord. And mankind have not been given of knowledge except a little.’ (17:85)

All the knowledge we have been given is but a drop in the ocean of knowledge and our minds are limited, we cannot go beyond our limitations.

In some areas understanding is important. For example, fiqh is all about understanding, but based on the text. Ali (may Allah be pleased with him) is saying do not neglect or overlook the text and do not abuse the text. We need to learn where to suspend our judgement and where to resume.

Understanding is key in everything but sometimes if we did not get it we need to say:

The concept of ease – wiping over khuffs

The inward and outward dimensions of wudu