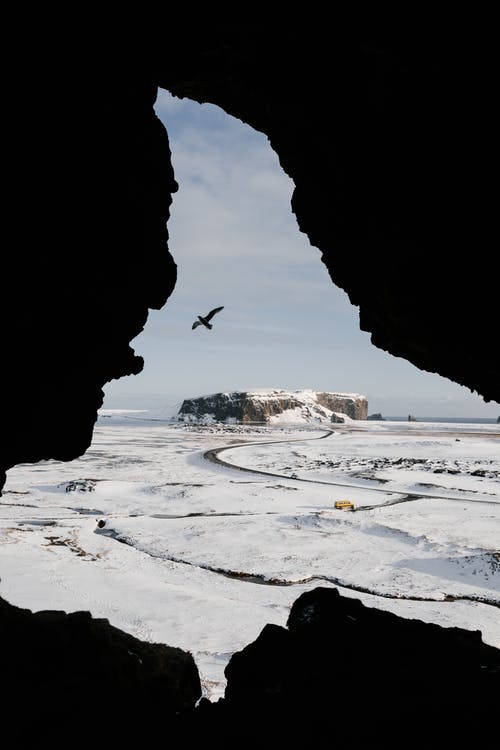 Making knowledge accessible is an art

Islam is more than five pillars, but they do give a good overview of the religion.

These five pillars are a good example of how the Prophet (peace be on him) used simplify the deen, so everyone could understand it. He would break down knowledge into concepts that could be people could easily recall, and reflect on and apply in their lives.

Sometimes we attend talks where we leave without acquiring any benefit. There was a khatib (the one who delivers a sermon- khutba), who would read out a lecture for 45 minutes and inevitably his audience would simply fall asleep. Even though he would make good points, theres no way the audience could retain it; it would have been better published as a paper.

The prophetic way of delivering knowledge was simplicity. When you read a hadith, the language is not complicated. Occasionally the Prophet (peace be on him) would chose words which added a twist or interesting dimension to his words, but generally he would simplify deep knowledge in clear, succinct yet comprehensive words.

He could have used over-complicated words, but he had come with a message for all humanity and so used language which was easy to understand. Allah Almighty sent him to convey the message in the language of his people.

When learning is made hard

I used to attend some classes where I would not understand a word because I was beginner but what the shaykh would say went straight over my head. It was like a PhD lecture being given to a GCSE student. When I came to this country, I found that some people’s English was so hard to understand, you needed a dictionary to check every other word.

The timelessness of the Arabic language

Unlike the English language which has undergone a series of transformations and bears no resemblance to it’s original Anglo-Saxon form, is far removed from medieval English and still frustrating for school children to penetrate when they study Shakespeare, Arabic has not changed very much over a thousand years. Therefore Arab speakers can relate easily to the concepts being expressed in hadith.

The prophetic style is simple and deep. Though it is simple, it is not elementary. And a great example of this is the shahada – the testimony of faith. It is simple but greatly meaningful. It is also an easy and effective way to erase sins.

Islam is more than five pillars, but they do give a good overview of the religion.

The prophetic style is simple and deep. Though it is simple, it is not elementary. And thus we have the shahada – the testimony of faith. It is simple but greatly meaningful. It is also an easy and effective way to erase sins.

La ilaha illallah will not leave a trace of any of your sins. Nothing can compete with it. (Musnad Imam Ahmed)

For those who keep saying it, it deletes your sins.

`Ubada ibn al-Samit ( may Allah be pleased with him) said:

We were sitting with Allah’s Messenger and he asked if there was any stranger – the narrator said: i.e. People of the Book – in the gathering. We said that there was none. He said: Shut the door, raise up your hands and say: “There is no god but Allah.” We raised our hands and recited the kalima tayyiba for some time. He then exclaimed: “al hamdu lillah! O Allah, You have sent me with this word and have ordered me to teach it and have promised me Paradise for it, and You do not take back Your promise. Be glad, for Allah has forgiven you!” (Musnad Ahmed)

Imagine thie scene as if you were there with the Prophet (peace be on him) and he asked you to raise your hands and say after him la ilaha illallah. And he praised Allah, who sent us these words and He promised him Jannah for it and He never breaks his promises. Then he said abshiru which means have good news. We say this a lot in Arabic and if you put it in the search engine it will come back with lots of results. It means conveying good news which is bishara. And the good news was the Allah had forgiven them. Wow!

Spreading good news is part of being optimistic, which was characteristic of the Prophet (peace be on him). To be forgiven by Allah is indeed the best news. It means you have secured Jannah inshallah.

Every now and then Allah Almighty sends a ‘deleter’ to erase our sins. la ilaha illallah is one of these. The day of Ashura (10th Muharram) is another, as Allah Almighty deletes our sins for the previous year, if we fast on this day. The Prophet (peace be on him) said:

For fasting the day of Ashura, I hope that Allah will accept it as expiation for the year that went before. (Muslim)

Thus renews and rejuvenates you.

Imam Bazzaar narrated that the Prophet (peace be on him) said:

La ilaha illallah is an honourable word. It has a status and it is a word whosever says it, he will be admitted to Jannah. (Musnad Bazar)

Whoever says la ilaha illa allah and means it, will enter Jannah. What if they did not mean it? We do not have the right to doubt anyone’s shahada if they say it without meaning it. We cannot penetrate people’s hearts, so it is not for us to judge whether they meant it or not, or if they are spies or hypocrites, as they will be taken into account on the Day of Judgment by Allah.

Jabir ibn `Abd Allah narrated that the Prophet (peace be on him) said afdalu dhikr the best dhikr is la ilaha illa allah:

The best remembrance of Allah is to say: There is no god but Allah. And the best dua is alhamdulilah (Ibn Majah, Nasai’I, ibn Hiban)

Simple and easy, we need to familiarise ourselves with this daily practice.

Abu Hurayrah from the Messenger of Allah (peace be on him):

There is no god except Allah Alone, with no partner, His is the power and His is the praise, and He is Able to do all things) his sins will be forgiven even if they are like the foam of the sea. (Muslim)

The best form of dua is istighfar

Know that there is no god but God, and ask forgiveness for your sin, and for the believing men and believing women. God knows your movements, and your resting-place. (47:19)

la ilaha illa allah is a remedy to escape concerns and anxiety. The world is filled with sadness and worries, so understanding this, and reciting this is a remedy. An antidote to anxiety. It brings peace and light to your heart.

In another narration Anas recounted that the Prophet (peace be on him) said:

My Lord, I take refuge in You from laziness and senility.

My Lord, I take refuge in You from torment in the Fire and punishment in the grave. (Muslim)

This is an effective way to delete sins morning and evening. The dua is more than la ilaha illa allah.

Variations of the dua

This is la ilaha illa allah in a different form, which prevents us from becoming bored of repetition. It is still affirming that there is only one God and Muhammad is His Messenger. The Prophet (peace be on him) would use these variations of dua on waking and after salah.

Abu Hurairah narrated that the Prophet (peace be on him) said that whoever attended a circle, which had many mistakes, should say before leaving:

Transcendent are You, O Allah, and praise be to You as You praise Yourself. I bear witness that there is no deity save You. I seek Your forgiveness and I repent to You. ( Abu Dawoud).

This dua again wipes away the sins of the gathering, it is kafarat al majlis. Alhamdulillah from a young age, I was raised seeing this dua recited after every gathering followed by Surat al Asr by our shuyukh and friends. It is a very common way of ending gatherings.

Inshallah our sins will be forgiven but this is not a green light to backbite. Gossiping is a sin, we can’t have unlimited gossip sessions and then say this to clear it. Not all gossip and backbiting the same.

In another narration, Jibril said:

The reward for freeing ten slaves

There is none worthy of worship in truth except Allah Alone, He has no partners, to Him belongs the Dominion and for Him is all praise, and He is capable of all things. ( Nasa’i).

Imagine if you say this 20, 30 or 100 times?  At least, 10 is manageable, and the Prophet (peace be on him) taught us to start with what we can manage – that’s why he said ten. He taught us to take small steps. We can recite this at Fajr and Maghrib.

It brings back good memories. My late Shaykh, Shaykh Wasif al Khateeb (rahimahumullah) whose face was radiant from dhikr. After Fajr we used to stay on our knees and say this ten times with him. We learnt it from him. I had no idea about these narrations at that time, I was very young. We just repeated after him. If you say this after every salah then Allah will write for you ten hasanat (good deeds) and erase ten sins and elevate you by ten ranks.

Don’t go a through a day without adkhar. La ilaha ‘illa Allah is the top form of dhikr, so it appears in a variety of forms.

When you fill your day with dhikr, you will find yourself protected from shaytan and bad things that day. You will not sin so much that day inshallah.

Let’s increase our dhikr and try our best to be closer to Allah Almighty. Your communication with your spouse, children and friends will be better.

Keep these forms of adkhar in your day to keep the pattern of purity flowing through your heart. It will bring you closer to Allah and make you less anxious.

There are many forms of dhikr, so pick the ones that fit the pattern of your day. Stick to the ones you are comfortable with. Some are more complicated than others. Later when you have imbibed them, you can learn new or more complex ones.

You will have peace and purity, and light and mercy from Allah inshallah.

Delivered by Shaykh Haytham Tamim on 20th August 2020 at the Thursday Knowledge Circle.

The importance of dhikr