Is the wind mercy or punishment from Allah? 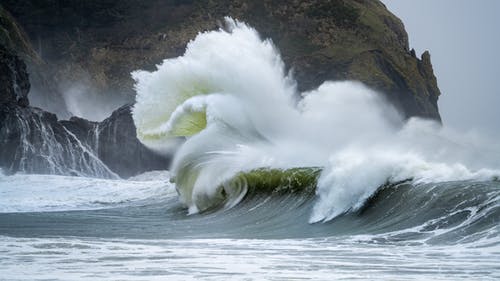 As storms become an increasingly familiar part of our lives across the globe – the names of storms are whizzing through the alphabet with increasing speed, the howling winds rip through the country, bringing down trees and powerlines, decimating roofs, and whipping up the floods – we are reminded of Allah’s power.

In the UK alone over the last decade, we have witnessed a growing catalogue of natural disasters, as we have been hit by severe weather, snowfalls, droughts, floods, storms and hurricanes, one after another.

We have experienced travel chaos, school disruption, we have had people dying in heat waves, damage to properties, homes left without power and water bans. We are statistically more likely to be flooded than burgled in the UK. Climate change is a reality we are facing.

Signs for those with sense

In the Quran Allah Almighty mentions the wind 27 times. He refers to it as a sign of His power and His creation.

And [in] the alternation of night and day and [in] what Allah sends down from the sky of provision and gives life thereby to the earth after its lifelessness and [in His] directing of the winds are signs for a people who reason. (45:5)

The wind carries our provision, scattering the rain clouds, as well as the seeds and pollen which are an important part of the life cycle of the growth of the plants, crops and trees which bear fruit and provide our sustenance.

And We have sent the fertilizing winds and sent down water from the sky and given you drink from it. And you are not its retainers. (15:22)

And it is He who sends the winds as good tidings before His mercy until, when they have carried heavy rainclouds, We drive them to a dead land and We send down rain therein and bring forth thereby [some] of all the fruits. Thus will We bring forth the dead; perhaps you may be reminded. (7:57)

The wind is thus a sign of Allah and plays a vital part of the natural cycle, which is a reminder to us of our own life cycle, as we too will be revived from the earth after death, like the plants which emerge from the lifeless soil.

The wind can be a mercy and a punishment

The rain is not just a mercy from Allah, but also used by Him to send punishment. In the story of the people of ‘Aad, the wind is unleashed on them as the means of their utter destruction. The wind wipes out all traces of their existence after they reject warning after warning.

‘Aad are mentioned nearly 20 times in various surahs of the Quran. ʿĀd (Arabic: عَادٌ, ʿĀd) were an ancient tribe and the tribe members were referred to as ʿĀdites. They were a prosperous nation who lived in Al-Ahqaaf, between Oman and ‘Adan. They were destroyed in a violent storm because they abandoned worshipping Allah, and began worshiping idols after Noah. They also rejected the teachings of the Prophet Hud (peace be om him). ʿĀd is regarded as one of the original Arab tribes, the “extinct Arabs”.

And mention the brother of Aad, (Hud) as he warned his people at the dunes. Warnings have passed away before him, and after him: “Worship none but God; I fear for you the punishment of a tremendous Day.”

They said, “Did you come to us to divert us from our gods? Then bring us what you threaten us with, if you are being truthful.”

He said, “The knowledge is only with God, and I inform you of what I was sent with; but I see you are an ignorant people.”

Then, when they saw a cloud approaching their valley, they said, “This is a cloud that will bring us rain.” “In fact, it is what you were impatient for: a wind in which is grievous suffering.”

It will destroy everything by the command of its Lord. And when the morning came upon them, there was nothing to be seen except their dwellings. Thus We requite the guilty people. (46:21-25)

And as for Aad; they were destroyed by a furious, roaring wind.

He unleashed it upon them for seven nights and eight days, in succession. You could see the people tossed around, as though they were stumps of hollow palm-trees.

The wind saves the believers and destroys the wrongdoers

In the Battle of the Trench, the wind saved the believers against the tremendous forces of their enemy, annihilating them. Despite the huge disparity in their sizes (3,000 believers were outnumbered by 10,000 troops who laid siege to Madinah), the wind, an invisible yet mighty force, ravaged the camps of the aggressors.

Ibn ‘Abbas reported God’s Messenger (peace be on him) as saying:

I have been helped by the east wind, and ‘Ad were destroyed by the west wind. (Bukhari and Muslim)

The wind is therefore a mercy for believers, and a reminder of Allah’s power, our vulnerability, and our reliance on Him. It is a reminder to turn to Him in our weakness and to atone for our mistakes. And to be grateful for our blessings.

Abu Hurayrah (may Allah be pleased with him) told of his hearing God’s Messenger (peace be on him) say:

The wind comes from God’s mercy bringing blessing and punishment, so do not revile it, but ask God for some of its good and seek refuge in Him from its evil. (Shafi’i, Abu Dawud, Ibn Majah and Al-Bayhaqi, in Kitab ad- da’awat al-kabir)

Dua when it is windy

‘Aisha (may Allah be pleased with her) said:

Whenever the wind blew strongly the Prophet (peace be on him) would say:

Abu Hurayrah (may Allah be pleased with him) also said:

A fierce wind blew when the people were on the road to Makkah while ‘Umar (may Allah be pleased with him) was making Hajj. ‘Umar asked those around him, ‘What is the wind?’ They did not give any answer. I urged my camel forward and I caught up with him and said, ‘I have heard that you asked about the wind. I heard the Messenger of Allah, may Allah bless him and grant him peace, say, “The wind (rih) is from the spirit (ruh) the mercy of Allah. It brings mercy and it brings punishment. Do not curse it. Ask Allah for the good of it and seek refuge from its evil.’ (Musnad Ahmad and Al-Adab Al-Mufrad by Bukhari)

Turn back to Allah

And present to them the example of the life of this world, [its being] like rain which We send down from the sky, and the vegetation of the earth mingles with it and [then] it becomes dry remnants, scattered by the winds. And Allah is ever, over all things, Perfect in Ability. (18:45)

And it is Allah who sends the winds, and they stir the clouds, and We drive them to a dead land and give life thereby to the earth after its lifelessness. Thus is the resurrection. (35:9)

He created you from the earth, and settled you in it. So seek His forgiveness, and repent to Him. My Lord is Near and Responsive. (11:61)

It is very sad that we have brought these changes in the weather upon ourselves, through our reckless consumerist habits over the last century.

Allah Almighty said in the Quran that He placed man on earth, beginning with Adam as guardians, trustees and caretakers on earth. He appointed us, Adam’s offspring, to this role and gave us this responsibility to look after it.

When your Lord said to the angels, I am placing a successor – a trustee on earth.’ They said, ‘Will You place in it someone who will cause corruption in it and shed blood, while we declare Your praises and sanctify You?’ He said,’ I know what you do not know. (2:30)

And do not corrupt on earth after Allah’s reformation, and pray to Him with fear and hope. God’s mercy is close to the doers of good. (7:56)

The earth is a gift to us as our home. We have been entrusted with looking after the planet and all it contains. Abu Sa’id Al-Khudri (may Allah be pleased with him) reported that the Messenger of Allah (peace be on him) said:

The world is beautiful and verdant (alluring); and verily Allah Has made you the stewards in it, in order to see how you act. (Muslim)

Yet since the 1980s with the rise of Wall Street and the rampant growth of materialism, we have witnessed the explosion of the materialism and consumerism which has come to dominate the world. The insatiable appetite to acquire and chuck and acquire and chuck has become a beast over which the world has lost control. The growth of mass production, credit culture, designer brands, fuelled by advertising, the media and social media have led to a world teetering precariously on the brink of a global disaster.

As Abu Shama said in his book, The Blue Moon:

Man entered the age of abundance unlike anything seen before

A world of extremes and paradoxes that demanded more and more

Man mined the rocks, farmed the wild and plundered the seas

Yet consumption grew and spread like an infectious disease…

Man cleared grasslands and cut down trees at an unsettling rate,

The loss of jungles and rainforests one after another,

Acted as a heat-trapping blanket, warming the Earth even further.

The planet continued to warm…

Soon the permafrost thawed and the Artic ice began to recede,

The oceans simmered and the sea level rose at incredible speed.

The wonders of colours, now devoid

The impact had been far-reaching- from algae to the humpback whale,

Frequent droughts, floods hurricanes and everything in between. (Abu Shama)

We now have to bear the consequences of our choices, and reap the thorns of our actions. May Allah forgive us and guide us how to reform ourselves and salvage our planet.

May Allah make us of those who are caretakers of the earth and among those He is pleased with and not those who incur His wrath. Ameen.

Five signs of the Day of Judgement