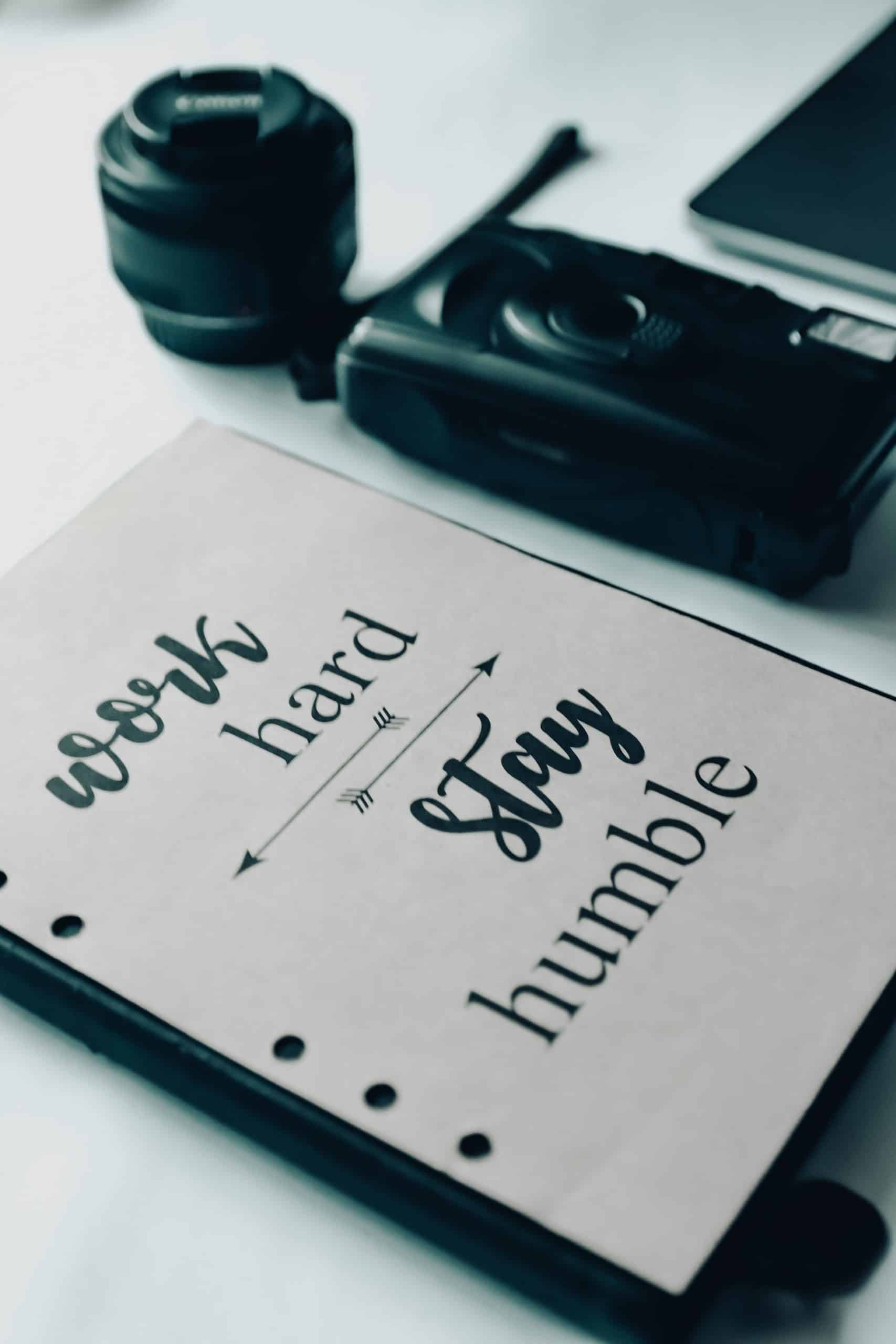 Iyad bin Himar (may Allah be pleased with him) narrated that Allah’s Messenger (peace be upon him) said,

‘Allah, the Most High has revealed to me that you should be humble, so that no one transgresses against another and no one boasts to another’ [Imam Muslim]

The narrator, Iyad bin Himar (may Allah be pleased with him) was a Companion known as Iyad, son of a donkey! What’s the story behind such an odd name? Scholars have written books about the Arabic culture in naming children, humans and servants etc. Probably the most prolific and detailed book on this topic is by Ibn Duraid (837-933CE), who was a top scholar in the science of language, and wrote prolifically on language and literature and two books dedicated to the topic of names. His Kitab al-Ishtiqaq, ‘Book of Etymology’ explains the origin of Arab tribal names and the reasons behind it. It appears that Arabs gave their children names that indicated their ferocity and strength, like Rock, Lion, Eagle, or Tough (hazn) to intimidate their enemies, while they gave soft names to their servants and animals as they were pleasing to the ear.

It could be that some slaves were called ‘the son of a dog’, and ‘son of a mule’, because when a man was given the good news that his wife had delivered a baby boy, then he would name the boy after the first thing he saw on receiving the news, which might be a mule, a donkey or a bull or a horse; something along these lines. Therefore the name   Iyad bin Himar, was not uncommon, and if you go through old Arab names, you will find many such names.

In Iyad’s narration, he said the Prophet (peace be upon him) said, ‘Allah Almighty revealed to me’, which means he was inspired i.e. sent a revelation (wahi[1]) by Allah, making this a Hadith Qudsi, a narration where he is quoting Allah Himself.

The revelation is that we should be humble, which means it is a command ‘Be humble!’ Therefore scholars say being humble is an obligation. And not being humble is prohibited and sinful, as per the principles of fiqh.

Scholars of fiqh say, when something in the Quran or Sunnah is said in the command (amr) form, (with some exceptions) it is an obligation for believers, for instance ‘establish the prayer’. A command is weightier than a recommendation. Therefore not carrying out a command is a sin, because it is rejecting Allah’s command.

As the most obedient of all people, and our role model, the Prophet (peace be upon him) carried out this command by being the epitome of humility himself and commanded his Ummah to follow suit and be humble. Humility is the polar opposite of kibr (arrogance), which is strictly prohibited and considered one of the greatest sins .

There are numerous narrations about this and humility is a key characteristic of a believer. Allah Almighty loves humility.

Humility is required in our interactions with others. Believers have to respect everybody, because Allah Almighty said:

‘The most honourable of you before Allah is the most obedient to Allah’.

One cannot look down at others, because one cannot be sure they are better than anyone else. They might be 100 times better. Therefore we have to deal with others with humility, kindness and mercy as a default, with very few exceptions.

In reality, our default is to have arrogance – which is often manifested most glaringly when we speak to people in menial positions, such as drivers and maids and to service providers over the phone. We need to tame the wild beast in us. Who said that the person on the other end of the line is lower than us in the sight of Allah? We cannot be sure of this. When we are dealing cleaners, especially those in the Haram, we feel pity for them, but in fact they should feel pity for us. They are more honoured than us because they are serving and attached to the House of Allah Almighty.

I heard a story about someone who was serving in the Haram and was approached by some well-meaning visitors who offered him money. He smiled at them and said, ‘I don’t need the money, please keep it or give it to somebody who is in need.’ He went on to say that he had 7 different credit cards and a successful company but wanted to serve the House of Allah.

This shows us that our perception of others is often mistaken and usually based on someone’s wealth or intellect, which is not how Allah values people. Moreover Allah has veiled people’s sins from our sight. If we could see the sins of others, we would be reluctant to make friends with anyone. It is therefore out of Allah’s mercy that He conceals our sins. However as we know our sins, but not the sins of others, we cannot look down on anyone. And we need to train our minds, our hearts, our actions to exude genuine humility.

The Prophet (peace be upon him) said, ‘Whoever acts with humility for Allah’s sake, Allah will elevate him in dunya and the akhirah’ but on the condition that it is genuine, not hypocritical. They may want to show off so people say, ‘Masha’Allah look at him, he’s sitting in the last row in the mosque. He’s so humble,’ but if he does it, because he wants them to seen as humble, this is sinful. One has to have  the right intention.

There are some weak narrations but they helps in understanding the meaning more, for instance in Tabarani there is a hadith that, ‘Whoever respects a Muslim and is generous with him, it’s as if he is being generous to Allah Almighty. This is not necessarily with money alone, but also in treating others with kindness and respect.

Whenever we do things for Allah’s sake He is generous with His reward. Allah says in the Quran:

‘Indeed we have ennobled the children of Adam’

Unless someone degrades himself publicly and displays open evilness, they deserve respect.

Be mindful of your shortcomings

The way to train yourself to be humble is by assuming that everyone is better than you, and be aware that you have shortcomings and make mistakes. Meanwhile we do not know the full extent of other’s mistakes and nor is it allowed to pry in their affairs.

Some people have a special channel to Allah Almighty and are close to Him due to their obedience and piety. These people are concealed. They are the secret soldiers of Allah or secret awliyah. We don’t know them, and we do not want to treat them badly so that they make dua against us. So it’s better to respect everyone.

As per the hadith, when one is humble one does not transgress against another.  Transgression is to overstep the limits set by Allah. When He ennobled the children of Adam, we do not have the right to disrespect His creation, let alone His ennobled creation.

People have varying degrees of arrogance, as well as humility. Some are bursting with arrogance, and cannot contain their condescension while others have less and a small minority are humble. In addition, one can swing from arrogance to humility and back so it is important to monitor one’s self – one’s attitudes, feelings, thoughts and actions. You may not say anything out loud, but you may feel it in your heart. You may meet someone and think to yourself you are better than them.  When this happens, you should immediately catch the feeling and erase it from your heart and mind. Remind yourself that they me far superior to you in the eyes of Allah, for your do not know if there is something Allah loves about them that is hidden from you.

Separating the concept of weakness from humilty

Humility doesn’t mean to humiliate yourself or you allow others to walk all over you. This is not humility; it is weakness. We often confuse weakness for humility. They are two separate things. If you are entitled to something, don’t let it go because you think this is humility. If it is your right, you should fight for it. If you are disrespected, it is weakness to allow others to disrespect you, not humility. You deserve respect.

Humility is simply an internal state in your heart where you see others better than you to improve yourself spiritually.

If you are applying for a job and especially when there’s competition, you should not downplay your strengths. Show your ability and experience, talk about your training, achievements, skills and qualities and be confident of yourself. Otherwise how will the employer know if you are up to the job?

There is a fine line between talking about your experience and boasting. If you cross this line and show off, it will not reflect well on you and you will seem full of yourself. You may also be overstating the reality which is not right. Do not let your qualifications, achievements or family background go to your head.

Being humble gives one tranquility. It means you are not threatened by others, because  you already assume others are better than you. This does not mean one shouldn’t be competitive and always try to improve one’s self in the right way and in the right manner. Humility is not the killer of ambition.

There’s a difference between improving yourself with satisfaction in your heart, and a toxic feeling inside that causes constant agitation when you are trying to prove you are better than others. This is not healthy.

Be competitive and ambitious without being arrogant.

[1] The Prophet (peace be upon him). ‘Qul innama ana bashurum mithlukum yu haya ilaha’ at the end of Surat al-Kahf; ‘I’m just like a human like you who received the revelation.’