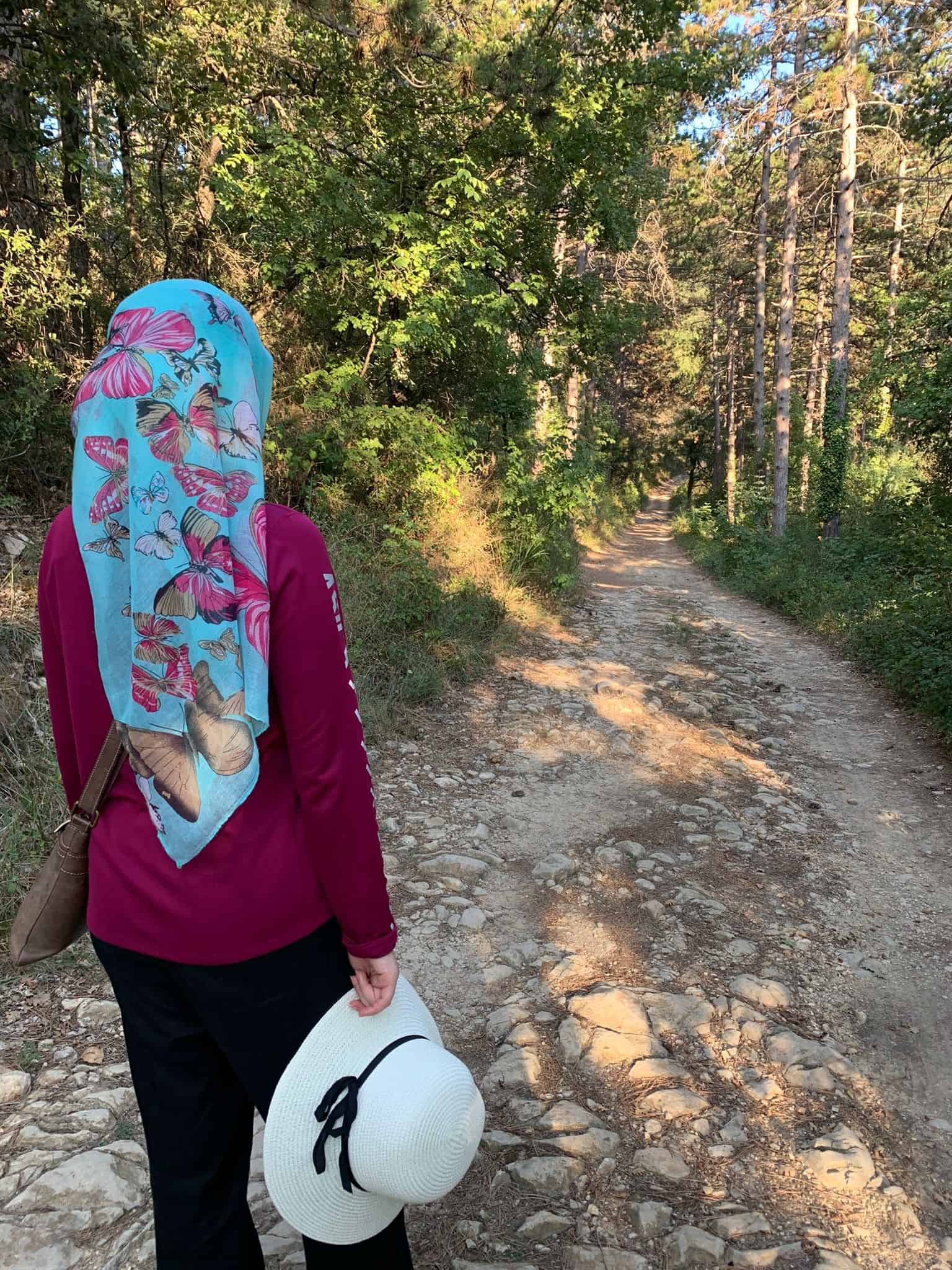 The reward of positive thinking

This is a beautiful hadith. Allah Almighty is saying that if His servant is thinking, (the Arabic word tuhaditha has been translated as ‘thinking’ but literally means ‘speaking’, so in this context it means one’s internal speaking to oneself) about doing something good, he is rewarded for this thought.

An example would be a man who wishes he could spend in charity for someone in need. Allah Almighty writes this thought down as a good deed, even though he has not done anything in practical terms.

The man is being rewarded for being engaged in positive thinking and having the inclination to do good. This motivation might spur him to earn more money so he can spend it in goodness, and Allah Almighty will put barakah in his job and time and money, and open the gates for him to achieve it. If he is sincere and motivated, he will try and raise the money somehow and Allah Almighty will provide him the means to achieve his aim.

This hadith breaks an action down into two parts. The internal thoughts which precede an act and motivate someone to do part two – the act itself. This show us that planning is important, and promoting goodness. Although the man has done nothing, this will be recorded for him as a hasana (reward) out of Allah Almighty’s mercy. Allah Almighty will write it down as if he has done it.

The reward of deeds which were not completed

When the man carries out the deed, depending on his level of ikhlas (sincerity) and purity, Allah Almighty will write down a minimum of ten good points (the minimum wage) for it, although the reward may be more, for example 70, 700, 7,000, 70,000  as Allah Almighty multiplies rewards. For instance, Abu Hurayrah (may Allah be pleased with him) said:

The Messenger of Allah (peace be on him) said: ‘Every deed of the son of Adam will be multiplied between ten and seven hundred times. Allah, may He be glorified and exalted, said: Except fasting. It is for Me and I shall reward for it. He gives up his desires and his food for My sake.’ (Muslim)

Allah Almighty is showing us the consequences of good and bad. Even though you have a positive thought in your mind, which has not yet become a tangible action, it benefits your mind, your direction and your aims. Whatever you have in our mind drives you. If you are engaged in goodness this propels you towards goodness for yourself and the community, the mosque or the business.

If a man was going to pray Jummah but could not reach the masjid as his way was blocked by road works, he would still gain the reward of going to the mosque and praying. If you are prevented from doing an action which you fully intended to do, you still receive the same reward.

Another example is those who applied to perform hajj, made their preparations and bought their tickets, took time off work but at the last minute something prevented them from going, such as a flight cancellation. It was not in their hands, they were ready to go, so they still receive the reward for hajj. However, receiving the reward is not the same experience as being there. Those who wanted to go but couldn’t missed the sweetness of the experience.

Reward is not the same as the experience itself

The main aim of course for doing umrah or hajj is not for reward but the experience itself, being there feeling close to Allah, the connectivity to Him and being part of the pulse of the ummah around the Kaaba all supplicating around the Kaaba in different languages and different colours with their different concerns. Nothing can match this.

Similarly the man who didn’t reach the mosque, got the reward of going to the mosque but did not get the feeling of standing shoulder to shoulder with the musallis and the presence of the angels and the tranquillity. The most beloved places to Allah Almighty are the mosques. The aim is not reward-driven.

Do not think of life as profit-driven or reward- driven

Aim for reward but do not make your main concern. Your aim should be being obedient to Allah Almighty and being beloved to Him. Reward should not be the primary motivator for actions.

If you only care about your own interest you are sacrificing others interest in pursuit of your own. We see this in finance when they have profit-driven projects. They are driven solely by profit, so they may not be environmentally friendly, sustainable or ensure fair wages for workers or be concerned with employee health and wellbeing. This is not a good enough. Profit has to come with conditions and etiquettes.

Intending to do a bad deed

If you are thinking of doing something bad, as long as it is just a thought and you did not act on it, it is not written against you, though shaytan is whispering and you might be thinking and rewinding a certain bad deed, Allah Almighty will not allow the angels to write it as a bad deed out of His mercy, even though He rewards the intention of good deeds which did not come to fruition.

Carrying out a bad deed

When a bad thought is executed, it is written down as one bad deed. In other narrations it says Allah will give him a chance after the bad deed is committed, to repent and seek forgiveness.  The right angel tells the left angel not to write it. He gives the one who sinned ‘an hour’ I.e. some time to cool down and repent. If he does not regain his senses, it is written down as one bad deed. If the man repents quickly it is not recorded in the first place. If he forgets and does not ask for forgiveness his bad deed is recorded, but when he remembers and seeks forgiveness it is forgiven.

The angels say ‘My Lord, this is your servant. He wants to do a sin. Allah says Watch him.

This narration shows that the angels report back to Allah Almighty.

Shaytan keeps whispering and bombarding man with bad ideas but if he fights them and doesn’t carry them out, Allah Almighty says ‘Write it down as hasanat.’

Allah Almighty says he has left this for my sake, and his fear of me or love me led him to leave this sin and obey me. So then he is rewarded for it.

Not committing a sin because of an obstacle

If a man wanted to sin but an external reason prevented him from the sin he still earns a bad point. For example, he wanted to drink alcohol and went to buy it but the shop was closed. Had it been open the man would have bought it and drunk it, but he couldn’t not. Not because he feared Allah. Then it is written as a bad for him because of his insistence on committing the sin.

Imam Nawawi and Qadi Iyyad have mentioned that this is recorded as if he committed it, like the one who wanted to pray in the mosque but was prevented from reaching the mosque is rewarded.

Once he repents, he is forgiven. We need to be careful not to let Shaytan drive us or be filled by the whispers of Shaytan. Let’s try our best to keep Shaytan at bay and do dhikr to keep him away.

Shaytan is on the heart of the son of Adam. When he remembers Allah then Shaytan disappears.

The moment we engage our hearts with Allah’s dhikr Shaytan disappears. Occupy yourself with what is beneficial to stop the whispers invading you.

We can always rectify mistakes by asking Allah to forgive us.