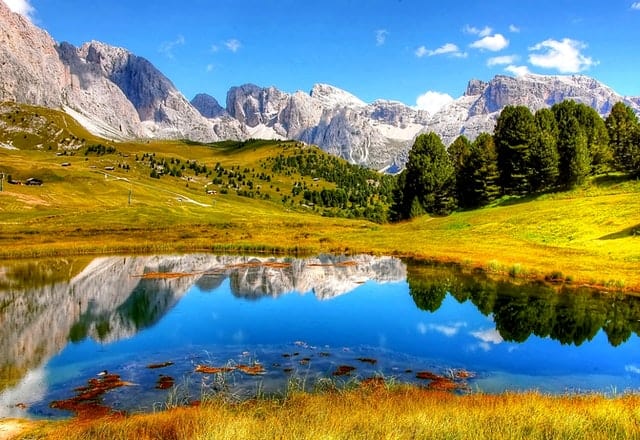 Abdullah bin ‘Amr bin Al-‘As (may Allah be pleased with them) narrated that the Messenger of Allah (ﷺ) said:

“He who desires to be rescued from the fire of Hell and to enter Jannah, should die in a state of complete belief in Allah and the Last Day, and should do to others what he wishes to be done to him.” [Muslim]

In this excerpt from a longer hadith, the narrator ‘Abd al-Rahman b. Abd Rabb al-Ka’ba who said:

I came close to him (‘Abdullah b. ‘Amr b. al-‘As) and said to him: Can you say on oath that you heard it from the Messenger of Allah (ﷺ)? He pointed with his hands to his ears and his heart and said: My ears heard it and my mind retained it. (Muslim)

The narrator was seeking verification of the hadith, because Abdullah was young during the life of the Prophet (ﷺ). Abdullah did not feel intimidated or insulted by the question, but confirmed that he did indeed hear those words from the Prophet (peace be on him) directly.

There are two points made in the hadith, but before that look at the style of the hadith. One of the special characteristics of the Prophet (peace be on him) which was among the special, exclusive gifts he was given (khasaais an nabi) was that he had comprehensive speech (jawmi’ al kalim) – concise, deep expression. He could convey volumes in a few words (ﷺ).

Sa`id bin Al-Musaiyab (may Allah be pleased with him) narrated:

Abu Hurayra said that Allah’s Messenger (ﷺ) said, “I have been sent with ‘Jawami-al-Kalim ‘ (the shortest expression with the widest meaning) and have been made victorious with awe (cast in my enemy’s hearts), and while I was sleeping, I saw that the keys of the treasures of the world were placed in my hand.” Abu Huraira added: Allah’s Messenger (ﷺ) has gone, and you people are utilizing those treasures, or digging those treasures out.” (Bukhari)

Imam Nawawi selected forty of these jawami’ al kalim in his collection of Forty hadith.

The shortcut to Jannah

The concise deep advice here is that if you want to be removed from hell-fire, there is a shortcut. The first is not to die without having complete faith in Allah and the Last Day. This is the summary of the six articles of imaan (the attributes of Allah, His books, His messengers, His angels and the Last Day and destiny). The Last Day is a deterrent for those who are sane enough to think about the akhirah. It will stop them from oppressing one another or committing what displeases Allah Almighty. The first advice is focused on our relationship with Allah.

Therefore we have to fix our relationship with Allah first – believing in Him, obeying Him, fulfilling our obligations and refraining from what has been prohibited and supplicating to Him. This is half way to attaining Jannah.

Your relationship with others

The second piece of advice focuses on our relationship with people. Our relationship with Allah is not enough to admit us to Jannah, because we co-exist with other people. We have to fix our relationships with our parents, siblings, family, extended family, friends, neighbours, etc. We need to fix this. The guidance is simple – do to others what you wish them to do to you. It sounds simple but is very deep and very difficult and requires training. Colloquially in Arabic we say, put your finger in your eye. If it hurts, it hurts others. Do unto others what you would wish to be done to you. Imagine being on the receiving end. Do not oppress others even if you have the power to do it, as you would not like to be oppressed yourself. If you do not like people being rude to you or insulting you, do not be rude to others or insult them.

Will you be the first batch or the last batch?

“Whoever witnesses that there is no god but Allah alone from the bottom of his heart enters Paradise.” (Abu Ya’la).

When you have to sort out all your affairs during the Day of Judgment, all your disputes and arguments how long will it take? The more you sort out now, the less you will have to sort out later. Fix it now while you have the chance. Do not wait until the akhirah for people to come forward to accuse you of taking their rights, abusing or insulting or oppressing them, then they will take your good deeds and when your good deeds run out they will dump their sins and bad deeds on you and god forbid you end up in hell-fire and after that you will eventually make it to Jannah.

How long will it take? If you fix your relationship with people around you you can be in the first batch inshallah. It is better to be the oppressed than the oppressor. It is better to be wronged than the wrongdoer. Of course this does not mean you do not protect yourself, or defend yourself but always choose to be the one who is on the right side and not the wrong side.

The Prophet (peace be on him) was a mercy for all mankind. Let’s follow his guidance, so we are guided and Allah loves us.

May Allah make us from among those whom Allah loves. Ameen.