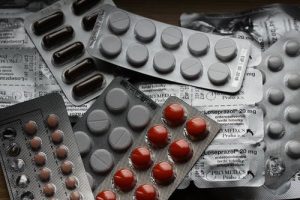 Uqbah bin ‘Amir said that the Prophet (peace be on him) said:

Each day, every deed [of a servant of God] has to be recorded and sealed.

When a believer becomes ill, the angels say to God, ‘Oh, our Lord! You’ve confined so and so servant of yours.’

Abu Musa narrated that he heard the Prophet (ﷺ) say many times :

When a person falls ill or gets dementia, who used to do good deeds, the angels observe to Allah Almighty that the sick person can no  longer do them. Perhaps he used to go to the mosque regularly, give charity, give lectures, run his business or help others, but because of the illness that Allah Almighty is testing him with, his good deeds have stopped.

The compassion of the angels

The angels feel compassionate towards to this good person, whose good deeds they enjoyed recording. If it was not for his illness, he would have carried on doing them.

Allah Almighty out of His mercy, fairness and justice, will reply that they can continue to record the same good deeds as the sick person used to do when he was healthy, until he either recovers or dies.

This is very good news for those who are ill and used to do good deeds. Never think that Allah Almighty treats you unjustly. If He afflicts you, He always compensates you and gives you extra reward.

The recording of deeds

Every day, your account is closed at specific times, as we know from many narrations the angels change shifts at Fajr and Asr time. Just before maghrib, your deeds are sealed in your account.

Angels come to you in succession by night and day and all of them get together at the time of the Fajr and `Asr prayers. Those who have passed the night with you (or stayed with you) ascend (to the Heaven) and Allah asks them, though He knows everything about you, well, “In what state did you leave my slaves?”

There are many similar narrations, such as the Prophet (peace be on him) narrated:

When the servant is ill or travelling, he will get the same reward as he would have got for the good deeds when he was home or healthy. (Bukhari)

This means that if a person is always engaged in goodness, the angels continue recording goodness even when the person is unable to do them.

The best deeds are recorded

Allah out of His generosity, does not credit you with the minimum or even the average of the deeds you did when you were well, but awards you the maximum and the best of the deeds you used to do.

When a servant is ill, the angels are commanded to write the best of his good deeds, which he used to do before illness or travelling. (Musanf Ibn Abi Shaybah and Mu’jam Al-Tabarani Al-Awsat)

If the sick person used to recite a chapter of Quran every day, or visit the ill in hospital or be good to neighbours, friends and relatives, and suddenly he can’t do anything, Allah Almighty tells the angels to keep recording the best of his deeds until he recovers or dies.

Utilise the gift of time

This hadith makes us reflect on our own situation….

What are our regular deeds?

The question that comes to us when we hear this hadith is how do we utilise our time?

We have to take advantage of the gift of time and health that we have been blessed with. We need to maximise the good in our day and in our life.

When you have everything in place, and functioning properly, i.e. your body, status and wealth, be grateful to Allah Almighty and utilise your blessings in pleasing Him.

You never know when you might become ill, or when you will travel or when things might go wrong.

Ibn Abbas reported: The Messenger of Allah (peace be upon him) said:

Take advantage of five before five:

1. Your youth before your old age

2. Your health before your illness

3. Your richness before your poverty

4. Your free time before your work

Save up for a rainy day

If you saved up in your account for a rainy day, then you have done well. If you are just living for the moment and have not planned for the rainy day, and you have forgotten about akhirah or the possibility of your fortunes changing, you will have very little in your account.

Be careful to control the actions of your day

The one who is busy in goodness is in a good position when the status quo is altered, as he continues to earn reward. As we have seen from the corona virus, we do not know, some people might die from it, and some might not. We ask Allah Almighty to give relief to all those who are affected and save us from this virus and all other diseases. Ameen.

Plan the deeds you want to be in your account

When the Prophet (peace be on him) was asked why he fasted on Monday and Thursday, he said it was because he was born on Monday and he wanted siyam (fasting) to be included in his deeds of that day. He was fully aware of what he was putting in his account.

Similarly, we should make a list – not one to overburden us, but have a few items which we want to be in our list for the day.

Of course, you should have salah on your list, but add to it sunnah prayers, the recitation of Quran, siyam every now and then, visiting a sick person, connecting blood ties, voluntary work.

Have diversity in your deeds. It is not good, as we have in investments, to rely on only one commodity to trade in. Your portfolio should be mixed. Don’t put all your eggs in one basket.

It is in our nature, to get bored, so switch between your good acts, and remember that even listening to others who are suffering, is an act of goodness, as it unburdens them. Anything which will reduce the suffering of someone is good.

Within your capacity, do extra.

Think outside the box

We are busy in our homes and at work, but we can still think outside our main concerns.

There are people around us who might just need a word of encouragement or who could benefit from a half hour training session from you. They might be dying to learn from some expertise which you are keeping to yourself.

Delete what is wrong

If there is something negative in your account, delete it by sending extra money or deeds that day, and off-set the wrong by continuous supplication.

Ask Allah Almighty to make you an ambassador of goodness, peace and mercy in different shapes and forms.

You can increase the deeds in your account. Contribute to goodness and share in it, and do not neglect the reality that you are restricted at times, eg by illness.

Do good because it is good and because Allah commanded us to do good.

Purify your intention and look beyond the reward to being a person of goodness.

Don’t complain about your illness

Sometimes we understand the reason why we became ill and sometimes we don’t. These illnesses expiate sins, so don’t complain, and say, ‘Why me? Why now?’ Say alhamdulillah and seek specialist help from doctors to get cured.

When I afflict a believing servant of mine and the servant praises me for their affliction, the servant gets out of bed sinless, the way the servant did when the servant was born. (Musnad Ahmad)

Sickness delete sins. Some people, when they are ill, complain all the time. You don’t want to be near them. And others, you can feel they are closer to Allah and engaged in dhikr and hamd (praise) of Allah and keep smiling even while they are in pain. They are radiant and have satisfaction with His will though they ask Him for relief, not to keep the illness to delete their sins.

Ask Allah for good not bad

Ask Allah to delete your sins but don’t ask for illness to come to you. The Prophet (peace be on him) said, ‘Don’t make dua against yourself’.

Always ask for forgiveness and well being – al–afwa wal afiyah.

Did you supplicate for anything or beg of Him about that? He said: Yes. I used to utter (these words): Impose punishment upon me earlier in this world, what Thou art going to impose upon me in the Hereafter. Thereupon Allah’s Messenger (ﷺ) said: Hallowed be Allah, you have neither the power nor forbearance to take upon yourself (the burden of His Punishment). Why did you not say this: O Allah, grant us good in the world and good in the Hereafter, and save us from the torment of Fire. He (the Holy Prophet) made this supplication (for him) and he was all right. (Muslim).

Our Lord! Grant us good in this world and good in the hereafter, and save us from the chastisement of the fire (2:201)

Allah Almighty does not afflict but it is a reward for him, even the smallest pain such as the prick of the thorn is an expiation for sins. The greater the pain the more the expiation.

Abu Sa’id and Abu Hurairah (may Allah be pleased with him) reported that the Prophet (ﷺ) said:

“Never a believer is stricken with a discomfort, an illness, an anxiety, a grief or mental worry or even the pricking of a thorn but Allah will expiate his sins on account of his patience”. (Bukhari and Muslim)

The servant might leave his illness with no sins at all, as the one who is newly born.

This hadith confirms the importance of planning our actions for the day and knowing what to send forward. To think about the akhirah and increase your acts of goodness.

We ask Allah to protect us from ghafla (delusion).

We ask Allah to enable us to help our brothers and sisters and to connect our blood ties and families and be good to our parents, neighbours and friends. Ameen

Delivered by Shaykh Haytham in his online Hadith Qudsi course

Unpicking the concept of wasilah – can you visit shrines or ask people to pray for you?