Do what you say. Truthfulness is the capital of the believer 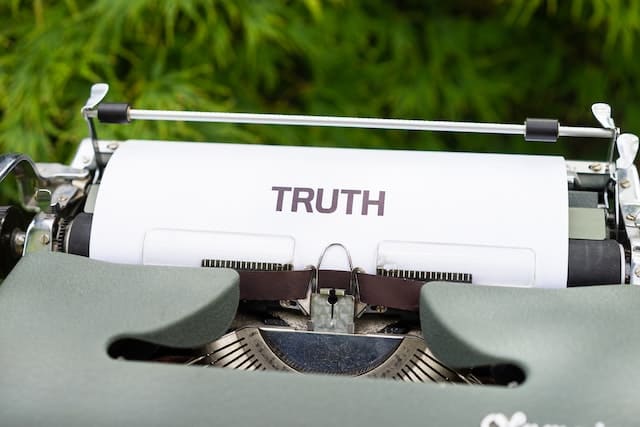 “A group of us Companions of the Messenger of Allah sat talking, and we said: ‘If we knew which deed was most beloved to Allah then we would do it.’ So Allah, Most High, revealed: Whatsoever is in the heavens and whatsoever is on the earth glorifies Allah. And He is Almighty, the All-Wise. O you who believe! Why do you say that which you do not do?” [61:1-2] Abdullah bin Salam said: “So the Messenger of Allah recited it to us.” [Tirmidhi]

Hussain bin Salam was the Jewish Rabbi who embraced Islam when he set eyes on the Prophet (peace be upon him). The Prophet (peace be upon him) changed his name to Abdullah bin Salam. One day, he and a group of Companions were sitting together in Madinah chatting, when they began wondering what was the most beloved deed to Allah. Then Allah revealed Surat as-Saff and stated in its opening that He hates those who say they will do something but then do not follow through or back it up with action:

O you who believe! Why do you say what you do not do?

This Hadith is a Musalsal Hadith, as every narrator recited Surat Al-Saff to his students and so on.

Abdullah bin Salam said that the Prophet (peace be upon him) recited this to them and Abdullah later narrated this to others, who in turn narrated it to yet more people.

Imam Tabari, the great scholar of tafseer said there were three different reasons behind the revelation of this surah. Apart from the question posed by the Companions asking which deed is most beloved to Allah, the verse was addressing the fact that people boast about what they have done, when in fact they are lying. Some would say they did brave acts on the battlefield and killed numerous people when in reality they did no such thing. The third reason is that these ayahs are about the hypocrites who promised they would support the soldiers on the battlefield when they had no intention of doing so.

Sacrificing one’s life for Allah is no small task, so those who promised, should have been truthful and delivered what they said. This is why Allah Almighty has confirmed the importance of truthfulness.

The concept of being truthful

Allah stated in so many verses the importance of being true to your word:

Truthfulness is the capital of a believer. If we lose this, we lose everything. Therefore, be with the sincere. Don’t say one thing but mean something else. If we do not do this, the consequences are severe.

Usamah bin Zaid (may Allah be pleased with them) reported that the Messenger of Allah (ﷺ) said:

“A man will be brought on the Day of Resurrection and will be cast into Hell, and his intestines will pour forth and he will go round them as a donkey goes round a millstone. The inmates of Hell will gather round him and say: ‘What has happened to you, O so-and-so? Were you not enjoining us to do good and forbidding us to do evil?’ He will reply: ‘I was enjoining you to do good, but was not doing it myself; and I was forbidding you to do evil, but was doing it myself”. [Bukhari and Muslim]

We see from this hadith, that one will be cast into hell and experience a painful punishment because he told others to do what was right but he did not do it himself, and used to deter others from committing haram, when he used to do it himself. Allah is warning people of sanity, dignity and respect to be truthful.

Of the believers are men who are true to what they pledged to Allah. Some of them have fulfilled their vows; and some are still waiting, and never wavering. [33:23]

You don’t need to be a believer to be truthful, but truthfulness is part and parcel of being a believer. Believers have to be truthful. They need to do what they say. Don’t say one thing and do the opposite.

Do what you say

Among the prophets before Islam, Shuayb (peace be upon him) said he did not want to do anything he forbid others from doing. He practiced what he preached.

He said, “O my people, have you considered? What if I have clear evidence from my Lord, and He has given me good livelihood from Himself?

I have no desire to do what I forbid you from doing. I desire nothing but reform, as far as I can. My success lies only with God. In Him I trust, and to Him I turn.” [11:88]

Unfortunately, we see in the political arena many claims which are not backed up by action. The government and media talk a great deal of talk about diversity, respecting others and their values and beliefs, but as we saw in the most recent example, the FIFA World Cup, their values, culture and beliefs were not tolerated or accepted. The talk of diversity and tolerance turned out to be an empty claim. We did not see respect for another culture, or set of values and beliefs. Instead we saw an extremely biased which did not report the World Cup fairly and omitted to broadcast the opening and closing ceremonies to fit their own agenda. What happened to diversity? If someone commits to certain principles they should apply them.

Cursed the one with two faces

The Prophet (peace be upon him) warned believers not to fall into the trap of Shaytan to be a man of two faces.

Abu Hurayrah (may Allah be pleased with him) reported Allah’s Messenger (ﷺ) as saying:

The worst amongst the people is the double-faced one; he comes to some people with one face and to others with the other face. [Muslim]

Cursed is the one with two faces. [Daylami]

Do what you say and say what you do

Allah Almighty has made it clear what He wants believers to do. The consequences of being truthful and sincere in this world are that people will respect you and you will be called siddiq (truthful) on the Day of Judgment, as Abu Bakr Siddiq (may Allah be pleased with him).

Ibn Mas’ud (may Allah be pleases with him) narrated that the Messenger of Allah (ﷺ) said:

On the other hand, those who tell lies will be recorded as liars in the Akhirah, and in this life they will be hated. Decent people do not love liars. We have been created with the tendency to accept the truth and hate lies.

Malik related to me that Safwan ibn Sulaym said:

Honesty is the capital of the believer

The Prophet (peace be upon him) himself was known as As Sadiqul Amin, the truthful and trustworthy. In his first call to Islam, when Allah commanded him to deliver the message of Islam publicly to the people, he ascended Mount Safa, where the tribes gathered to hear his announcement. He said them if they would believe him if he told them an army was coming to invade them and they concurred that they would, as he had always told the truth. He counted on his character, because he was truthful and trustworthy.

When the Verse:– ‘And warn your tribe of near kindred.’ (26.214) was revealed. Allah’s Messenger (ﷺ) went out, and when he had ascended As-Safa mountain, he shouted, “O Sabahah!”

The people said, “Who is that?” “Then they gathered around him, whereupon he said, “Do you see? If I inform you that cavalrymen are proceeding up the side of this mountain, will you believe me?” They said, “We have never heard you telling a lie.” [Bukhari]

We need to be committed to the truth and the revelation otherwise the consequences in this world and the next are terrible if go against the truth.

When Allah says ‘why do you not do what you say?’ it shows that He wants us to be people of the truth and sincerity and for us to keep away from the liars and hypocrites.

Do you command people to virtuous conduct, and forget yourselves, even though you read the Scripture? Do you not understand? [2:44]

Let’s end the year with a lot of istighfar and good deeds. Do our best to avoid any sinful acts that displease Allah. Do not get involved in anything outside the permissible boundaries. Try your best to be with people who have taqwa of Allah. do not follow the trends which displease Allah. It is one of the calls of the people of Hellfire that they were following the trends.

We ask Allah for HIs forgiveness and mercy and to make us from the truthful. Ameen.