Celebrating the Mawlid – finding the balance between two extremes 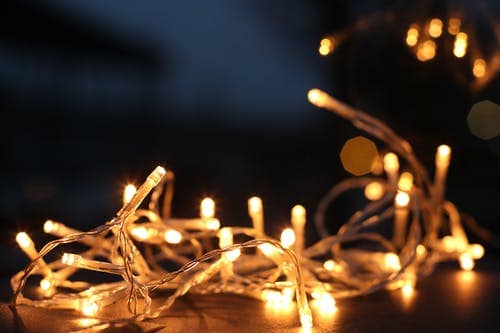 When is the birthday of the Prophet (peace be on him)

There are messages floating around in WhatsApp orbit stating that 28th Safar was the date of the death of the Prophet (peace be on him), however he passed away on 12th Rabbi al Awwal. This date is agreed upon by all top critics of hadith. If you receive any WhatsApp messages to the contrary, ignore them. They are not authentic.

You have an excellent example in the Messenger of God; for anyone who seeks God and the Last Day, and remembers God frequently. (33:21)

Should we celebrate his birth during this month? Every year we have the same old debate… is it permissible to celebrate the Prophet’s (peace be on him) birth?  Are we allowed to hold a Mawlid Nabbawi or is it bida’h (innovation)? Is it haram?

The celebration of his birth began in Egypt in the fifth century Hijri. It was never done by the companions may Allah be pleased with them. And the traditions of marking the day are recorded in a book called Husnul Maqasid By Imam Suyuti (911.H) which details its origins. It is a long story, but the top scholars in Hadith like ibn Hajar al Asqalani, ibn Al- Jawzi, Sakhawi, and Ibn Kathir and many others have written about Al Mawlid.

There is a clash between opposite opinions. The bottom line is that we have two views and we cannot cancel out either view point. They both have their own evidences. If you belong to one opinion, you need to see the other opinion, whether you follow it or not is your choice. But you have to acknowledge that the other opinion exists. When there are evidences and they are authentic evidences, just as in any fiqhi (legal) debate, we have to acknowledge both sides.

Similarly I get asked about the differences in the timing of asr (which is 45-50 minutes later) which varies according to whether you follow the Hanafi or the Shafi’ school. Both are based on narrations and evidences and though they do not subscribe to each other’s opinion, they coexist. We cannot discount either of them. They are both acceptable.

Those in favour of celebrating

When people say celebrating the Prophet’s birthday (peace be on him) is bid’ah or haram, this is untrue, as the Prophet (peace be on him) marked the day himself. When the companions asked him why he fasted on Mondays, he said it was because that was the day of his birth. He therefore celebrated his birthday by fasting. Abu Qataadah al-Ansari (may Allah be pleased with him) narrated that the Messenger of Allah (peace on him) was asked about fasting on Mondays and he said:

On (that day) I was born and on it Revelation came down to me. (Muslim)

You cannot delete this narration because you don’t like celebrating his birthday. If you want to gather and worship, by reciting the Quran and reading his sunnah or having some nasheeds which soften the heart, can you say this is haram and unacceptable? No. All of these activities are halal and rewarding actions. So it is wrong to call this haram.

If your gathering has free-mixing in close proximity without limits, dancing together, dance music during this celebration – yes, this is haram. Not the celebration itself, but the method of celebrating this way would make it haram. These elements are haram regardless of whether they are carried out on this day or any other day.

You may not subscribe to it yourself, but do not say anyone celebrating the birthday a person is committing bid’ah or doing haram or promoting what is not in line with shariah. This is not fair.

On the other side they say we follow this Hadith, Aisha reported Allah’s Messenger (peace be on him) said:

If somebody innovates something which is not in harmony with the principles of our religion, that thing is rejected. (Bukhari and Muslim)

And celebrating his birthday is an innovation, because it wasn’t at his time peace be upon him.

Yes true it wasn’t during his time as such but it’s inline with the principles of our religion.

If someone is celebrating the birthday of the Prophet (peace be on him) and they are doing so in line with the shariah, reciting Quran, or the sunnah or the seerah (life of the Prophet), playing nasheeds, distributing sweets, these are all halal and rewarding acts.

Reminding people of the Prophet (peace be on him) and encouraging them to follow his sunnah more throughout the year is commendable. However, if someone is not celebrating his birthday I will not say he is sinful. You do not have to celebrate his birthday.

I am usually invited to these celebrations and we generally read the seerah, distribute sweets and make dua. That’s all we do.

It is not allowed to go overboard in your love for the Prophet (peace be on him). He said:

Omar (may Allah be pleased with him) narrated that he heard the Prophet (peace be on him) saying:

Do not exaggerate in praising me as the Christians praised the son of Mary, for I am only His servant. So, call me the servant of Allah and His messenger. (Bukhari)

Abu Huraira reported Allah’s Messenger (peace be on him) said:

I am the master of the children of Adam on the Day of Resurrection. (Muslim)

This is the highest level any human can ever reach. It is the level of risala (being a messenger). There is nothing beyond risala except Allah himself. Allah Almighty has given him this status of messenger-hood; and made him the best of the creations, peace be upon him, so if you go beyond this, you need evidence to say he is more than that.

Is it kufr to say the Prophet (peace be on him) was made of light?

The first thing, O Jabbir, which was created was the light of your Prophet.

For a lay person, this could be taken at face value. But I am specialised in hadith and I can’t follow any hadith because it says it is narrated by the Prophet (peace be on him). I have to be sure that it has a sound chain of transmitters. This does not. It is a fabricated hadith as the top critics of hadith said. The best thing you can say is that this hadith is very, very weak.

It is an issue of aqeedah (belief) to claim the Prophet (peace be on him) was made of light. As scholars, we follow a rule that we never accept a weak narration in matters of belief. It must be sahih (good) or very sound for us to base our belief on it. We dismiss weak and fabricated narrations.

If it had been a good narration we could interpret it further and figure out if it was meant metaphorically etc, but I will not go into interpretations when it is not a sound narration. It has not passed the first test – of being authentic.

There is a big sect who believe the Prophet (peace be on him) was created from noor. This is wrong. Some people call it kufr to believe this, as it goes against aqeedah. Such a view is too extreme. Others say you cannot call it kufr because though it is wrong, it is based on some evidence, even though it is very flimsy evidence.

As knowledge seekers we need to know what is right or wrong. We should not make a big issue out of this. People love the Prophet (peace be on him) and on the day of his birth, lets say anyone who wants to rejoice on this day and mark the occasion can do within permissible conditions and limits. It is not an obligation to celebrate.

Let’s keep peace in the community. Don’t just create friction, when we have enough friction already.

Another misguided concept being spread on social media is law laka lama khalaqtu’l-aflaka:

O Muhammad Were it not for you, I would not have created the universe.

This is a fabricated hadith, as critiqued by the Muhaddithun (the great scholars of hadith), including Ibn Hajar Al-Asqalani and Mulla Ali Al-Qari. Be careful and don’t be misled by the fact that it’s a widely held belief in Sufi Books.

Salama narrated that the Prophet (peace be on him) said:

Whoever (intentionally) ascribes to me what I have not said then (surely) let him occupy his seat in hellfire. (Bukhari)

Al-Mughira narrated that he heard the Prophet (peace be on him) say:

Invest in this occasion for our children

The Prophet’s birthday is not Eid – there are only two Eids in the Islamic calendar. There is no Eid al Mawlid in our religion as such. However it is an opportunity to remind people of the Prophet (peace be on him). We can use this occasion, especially when our children are surrounded by the festivities of so many non-Muslim occasions. Avoid participating in anything disrespectful towards the Prophet (peace be on him) such as making him a birthday cake and singing ‘Happy birthday Ya Rasulullah’! But make the most of this opportunity for the sake of your children.

Islamic schools in Syria and Lebanon traditionally mark the occasion as a day of joy for children, by holding parades and carnivals, dressing up and singing nasheeds, thus leaving the children with fond memories and happy associations. Distributing sweets also brings joy to the community. These are rewarding actions.

Regardless of whether you choose to celebrate it or not, it is a time for us to be thankful to Allah Almighty for sending us the Prophet (peace be on him) who was a gifted mercy for mankind.

O People! I am only mercy gifted to you! (Bayhaqi)

Is it permissible to celebrate birthdays in Islam?

Muhammad (peace be on him) The Maker of a Civilisation