Are You Settling for Mediocrity or Aiming for Excellence? 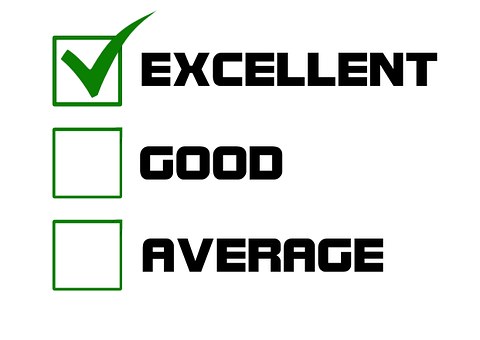 The Importance of Aiming High

‘Indeed, We have made that which is on the earth adornment for it that We may test them [as to] which of them is best in deed.’ (18:7)

We recite surah Kahf every Friday. And in this surah, Allah Almighty says we have made what is on the earth an adornment for it in order to test our conduct. The Arabic word for adornment is zeenah and there are many verses in the Qur’an mentioning zeenah. But what is zeenah?

We have two meanings:

The first is the linguistic definition of zeenah:  What do scholars say it means? It’s a comprehensive word for beautification. In another definition, we are told that everything that pleases the eye is called zeenah. Allah Almighty created horses, mules and donkeys to ride on and they are a luxury for people, as riding them pleases us.

And [He created] the horses, mules and donkeys for you to ride and [as] adornment. And He creates that which you do not know. (16:8)

Our modern equivalent is of course cars, whether they are Ferraris or Lamborghinis or Maseratis which people boast about.

In another place, Allah Almighty mentioned wealth and children are zeenah for this life. They too bring us pleasure and happiness to our eyes.

Wealth and children are [but] adornment of the worldly life. But the enduring good deeds are better to your Lord for reward and better for [one’s] hope. (18:46)

How Adornment is Linked to Test

Allah Almighty has mentioned zeenah in twelve verses and Imam Isfahan in his book Al Mufradat al Gharib Al Qur’an and his tafseer divided zeenah into twenty sections. Generally zeenah, as we see in surah Kahf, is beautification, but it is very much linked to the concept of a test. Thus although it is pleasing, it is also deceiving, and it is created for a particular reason. Not just for beautification or to please the eye, but also to test you.

Are you going to be overwhelmed by zeenah and forget about the afterlife or are you going to utilise what you have for the hereafter? It is very clear that the purpose of creation is to test us. Wealth is a test. Children are a test and power is a test. Beauty too is a test. Everything we have is a test.

Staying Focused on the Test

We have zeenah, the test and the result. Imagine your tutors tell you that you are going to have a test and you practice many mock tests to become familiar with the questions, but when it comes to the crunch, you go into the test and become distracted and overwhelmed by the decoration of the exam hall, the art on the walls and the carpets and you forget you are in a test. It is very similar in life. The tutors are the prophets and messengers telling you to watch out for the pitfalls in the test, not to be deceived by any tricks, and not to fall into any traps. We are in a test. Every day is a test till we meet Allah Almighty: Which of you are the best in conduct? Ahsan is a superlative, meaning ‘best’, not ‘good’.

How Allah Inspires Us to Aim High

This is an inspirational verse. Allah Almighty has a good opinion about us. He doesn’t just want us to be mediocre, or good, but He wants us to be the BEST. He believes in us and has hopes for us. And we won’t be satisfied with the hasan (good) but the ahsan (excellence). So aim for the best, say the best, plan the best and perform the best. This is why Allah says in another ayah:

What are We Being Tested in?

So if the test is all about our conduct, we have to perfect it. In surah Kahf, Allah Almighty also mentions the book of deeds which will be placed before our eyes:

And the Book shall be placed, then you will see the guilty fearing from what is in it, and they will say: Ah! woe to us! What a book is this? It does not omit a small one nor a great one, but numbers them (all); and what they had done they shall find present (there); and your Lord does not deal unjustly with anyone. (18:49)

Every single thing we did will be presented before our eye – all our actions, our conduct will have been recorded. There will be no way to lie or to change or dodge it. It is our CCTV in a way. So we don’t want to be ashamed of anything we did on that day. Rectify it now. Whatever we do, we have to keep the akhirah in our mind. Allah Almighty wants to reveal our quality, and show us plainly how good our quality is.

Getting Back on Track

We have to plan for that moment. Not wrong anyone. Not oppress anyone. Not harm anyone. And if we have made mistakes, we can rectify them as the shariah tells us. Some might be mistakes only between us and Allah Almighty, which we can erase through repentance. If the mistake did not harm anyone else, that is not enough. If we harmed someone, then we have to go to them and seek their forgiveness too.

Let’s do our best to record our actions in the best shape. When you take a selfie, you take it from the best position, you adjust your hair and your smile to capture the perfect moment. So make the best plans, do the best and say the best.

It is painful to see oppression between brothers amongst the same family, and between our brothers in the Arab world – they are so hostile towards each other, yet so soft towards their enemies. It does not make any sense. It is a test. As Allah stated wealth and power are a test. We can easily oppress others when we have power, but Allah is the All Powerful, so don’t think you can get away with oppressing your brother, or that you are being supported by xyz, because one day you will be watching your conduct replayed. And how will you answer Allah Almighty that day? Did you act with the right intention, the best conduct, in accordance with Qur’an and sunnah? Or were your actions contaminated by whims, desires and power?

Where is the best conduct? Allah Almighty didn’t say He would reward the one who is the most arrogant, but the best in conduct. Check your actions. May Allah let us say the best, do the best and be amongst the best. Ameen