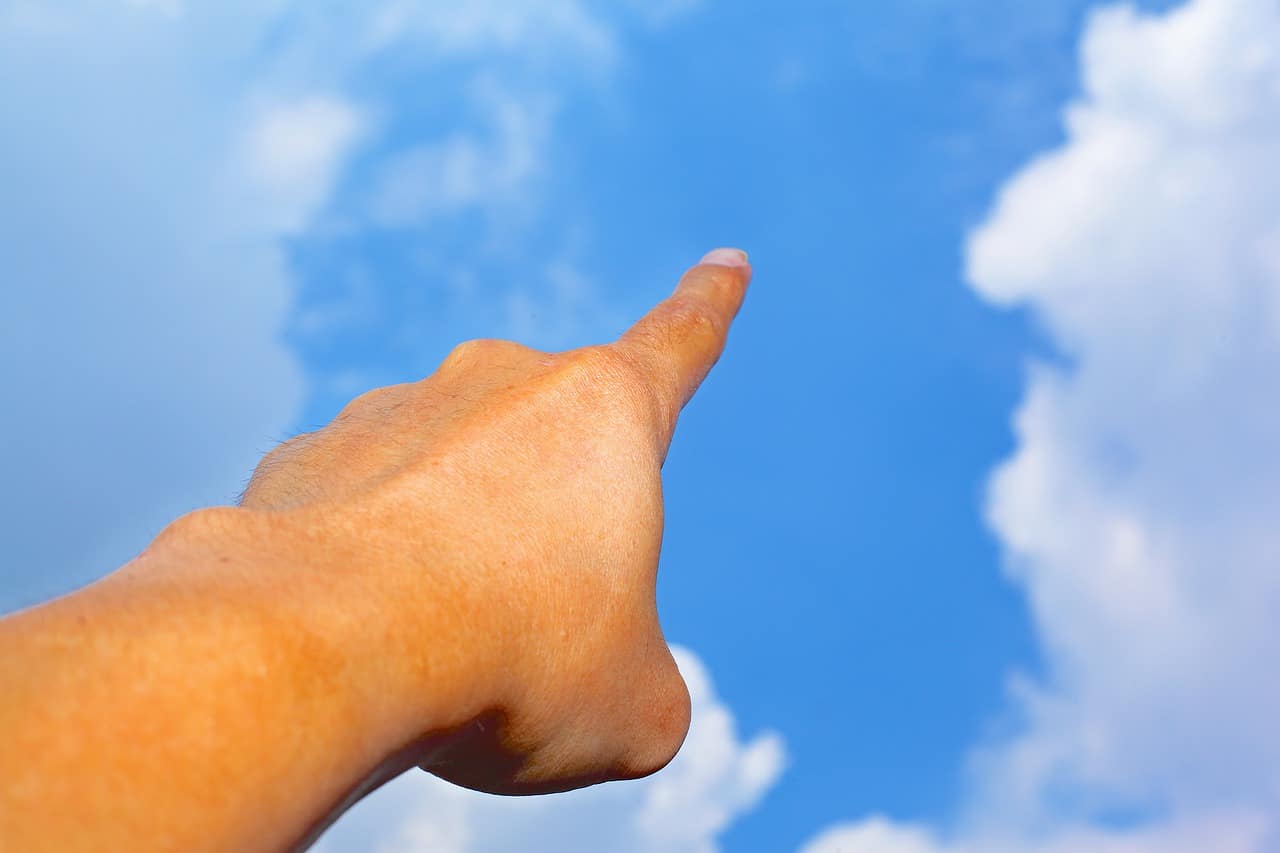 Keep the remembrance of Allah at all times 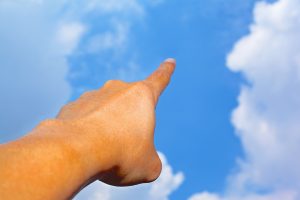 Make Allah your only concern

So if you are concerned about something, then be in the remembrance of Allah. If you are confused between two things in what to do or in what to choose, be in the remembrance of Allah. Do your part and rely on Allah. You are preparing for an exam, do your preparation and be engaged in the remembrance of Allah. Call upon Him with His beautiful Names, Al-Fattah (The Opener) grant me openings, Al-Hakim (The Wise) facilitate the best for me, Al-Alim (The All-Knowing) teach me, As-Sabur (The Patient) grant me patience and perseverance, Al-Jabbaar (The Restorer) mend my affairs for me, Al-Ghanni (The Rich) enrich me… Whichever is most applicable to your circumstances, call Allah with His beautiful Names. And He will facilitate the best for you.

The virtue of the remembrance of Allah

A man said: “O Messenger of Allah (ﷺ), the laws of Islam are too many for me, so tell me something I can hold onto.” The Messenger of Allah, peace and blessings be upon him, said, “Keep your tongue moist with the remembrance of Allah.” [At-Tirmidhi]

“Should I not inform you of the best of your deed, and the purest of them with your Master, and the highest of them in your ranks, and what is better for you than spending gold and silver, and better for you than meeting your enemy and striking their necks, and they strike your necks?” They said: “Of course.” He said, “The remembrance of Allah [Most High].” [At-Tirmidhi]

The remembrance of Allah is amongst the best of deeds. Keep your tongue busy with the remembrance of Allah, whether it is Istagfar (forgiveness), Tasbeeh (subhanAllah), Tahmid (Alhamdulillah), Takbir (Allahu Akbar), Tahleel (La illaha Illalla), Hawkala (La hawla wa la quwwata illa billahil aliyyil Adheem) or any of the authentic Adhkhar. They are easy to say yet the reward for these are tremendous and eternal. So make it part of your daily habit.

The example of the living and dead

“The example of the one who remembers his Lord in comparison to one who doesn’t remember his Lord is that of the living and the dead.” [Bukhari]

The heart is nourished by the Dhikr of Allah. The physical heart needs oxygen, so we breathe, if we stop breathing, we die. The spiritual heart also needs to breathe, and the breath of the heart is none other than the Dhikrullah. Without it, the spiritual heart dies. Through the remembrance, the heart and our entire being is nourished. The one who is not remembering Allah is physically alive yet spiritually dead.

In another narration by Ibn Abbas (ra) who reported that the Messenger of Allah (ﷺ) said:

“Indeed, the one who does not have the Qur’an inside him (his heart), is like the deserted house.” [At-Tirmidhi]

If you love something, your heart is attached to it. Your concern is the concern of your heart. Now, if your concern is not the Qur’an, you will not be attached to it. You will not care about the Qur’an whether you will learn it or not. So the Messenger of Allah (ﷺ) in this narration is highlighting that the heart where there is no concern for the Qur’an is like a deserted house. It is a house (heart) that is devoid of light, it is empty and devoid of life. For a house to function properly, it needs rules and routine to follow. If you do not have the Qur’an, then you have nothing. A deserted house without furniture – there is no comfort, water, warmth, and life. You cannot live in a deserted house. The Qur’an is the life and blood of the heart.

Your purpose is Allah

Your words, your actions and your knowledge – what is the purpose for all of this? The purpose is Allah.

If your purpose is not Allah, neither your words, actions nor knowledge would benefit you. If they are not utilised for Allah’s sake, if they are not directed to serve Allah, they will not benefit you – it will be a waste.

“And We shall turn to whatever deeds they did (in this life), and We shall make them as dust scattered.” [Al-Furqan: 25: 23]

May Allah accept our deeds and make them beneficial for us.

Everything you put effort towards, you master.

If your heart is into something, then you will go and find out more about it. If you love something, then you love to know more about it. If your heart is into something, you make it your concern, you will do research and have sleepless nights until you have gained grips with it. You will not stop there, you will want to know its effect and relationship it has with other entities. It will become something important and significant in your eyes.

Because of your concern, you will make a firm resolution toward this end. You will research, read and reflect diligently. You will put effort towards that end and as a result, you will get it. But if it is not your concern, you will not put the effort and you will not get anything. Perhaps, you may know the name but you will not know the reality. All of this is a reflection of the heart and its concerns. If your concern is Allah, then you will want to know about Him, you will put the effort to know Him both intellectually, spiritually and experientially. Since Allah is the greatest entity to be known, then you should have knowledge of Allah more than anything else.

The Imam is saying, ‘If you can be more knowledgeable about Allah than anything else, then do so.’

If Allah is our concern, then we should have knowledge about Allah. If this is the case, then this is good otherwise we have shortcomings.

Who are the best of people?

So how do we become closer to Allah?

The closest to Allah are those who are most knowledgeable about him.

If you can have more knowledge about Allah than anything else in your life, then you’ve got it. You know about everything else but Allah, you didn’t get it. Ata’illah said in his Munajat:

Imam Al-Muhasibbi continues: ‘It has been narrated to us that people will vary and occupy different station according to their knowledge.’

This is not a hadith but its meaning is in accordance with the verses of the Qur’an.

“Allah will exalt those of you who believe, and those who are given knowledge, in high degrees.” [Al-Mujadilah: 58:11]

“When Umar (t) died, Ibn Masud exclaimed, “Nine-tenths of all knowledge have vanished.” He was then told, “How do you say such a thing when we still have among us most of the Companions?” To which he replied, “I did not mean the science of legal opinions and decisions; rather I mean the science of knowing Allah.”

How can we know Allah?

Seeking the knowledge of Allah is compulsory. Allah commanded us to know.

The knowledge of Allah is infinite. And no one knows Him except Himself. Yet we can know of Him; we can know of His beautiful Names and Attributes with which He has described Himself. We can know of His actions and the manifestations of His Names, His creation, His Mercy, His forgiveness, His acceptance of deeds, what pleases Him and what displeases Him, what makes us closer to Him. The more we know of Him, the closer we are to Him.

So how do we know more about Allah?

We know about Allah from what He has revealed via the Qur’an (and the divine books) and what the Messenger of Allah (ﷺ) has taught us through his message. The message of the Deen is a message of being introduced to Allah. This is how we know Allah, so the more we know about the revelation, the more we know Allah. Islam, Iman and Ihsan are all from Allah, they are the different facets of our experience of Allah in actions, beliefs and experience.

An interesting point to note is that Allah has created everyone unique biologically, intellectually, spiritually and experientially. We all experience the world differently; we do not hear the same, we do not see the same, we do not think the same, and we have different values and levels of beliefs. All this means that we experience the reality of Allah in a totally unique and individual way. Our relationship with Allah is like no other person, it’s unique and one-to-one. So we all come to know Allah differently, but those who have knowledge of Allah, experience Him in higher degrees. “Allah will exalt those of you who believe, and those who are given knowledge, in high degrees.” [Al-Mujadilah: 58:11]

Based on Adab an Nufus (The Etiquette of the Souls) by Imam al Harith Muhasibi, (781–857) who was the founder of the Baghdad School of Islamic philosophy, including the Sufi masters Junayd al Baghdadi and influenced many subsequent theologians, such as al Ghazali. It is a simple guide to spirituality from the third-century scholar whose nickname Mushasibi (the one takes account) specialised in introspection, and moral and spiritual development.

What is nasiha – How to be sincere and give advice