(2:44) Why do you have to practice what you preach 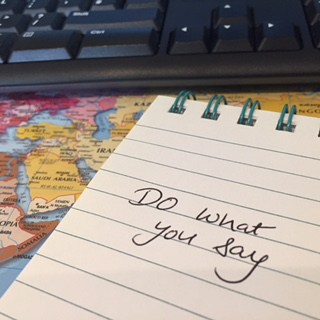 Do you have to Practice What You Preach? 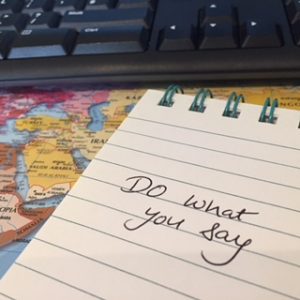 And be steadfast in Salah (prayer), and pay Zakah, and bow down with those who bow down. (43)

Do you enjoin righteousness upon others while you ignore your own selves, although you keep reciting the Book? Have you then no sense? (2:44)

Allah Almighty is pointing out the hypocrisy of preaching one thing, while personally doing another.

At the time of this revelation, there were some rabbis who would instruct their followers to do one thing, but themselves would do another. Allah Almighty is reprimanding the rabbis asking them if they have any sense. This is the first ayah in which Allah Almighty talks about ‘aql’, (intelligence and common sense), highlighting the importance of reflecting.

Meanwhile the epitome of practicing what he preached was the Prophet (peace be on him) who was the Qur’an in action.

Unlike common practice today where Muslims (and particularly Muslim parents expect their children) to memorise as much as possible without always understanding the meaning of the ayahs, the companions were not in a race to memorise the Qur’an.

Instead, they, and in particular Omar (may Allah be pleased with him), only memorised ayahs once they had fully understood them, and then implemented them in their lives.

Imam Ahmed narrates that Rasul Allah (peace be on him) said regarding something: ‘That would happen when knowledge is lost.’ One of the Sahabah asked, ‘O Messenger of Allah how could knowledge be lost when we have studied the Qur’an, we are teaching it to our children and our children will teach it to theirs.’ Rasul Allah (peace be on him) said: ‘Woe to you! I thought you were one of the most learned men of Madinah. Can’t you see the Jews and Christians are not benefiting even though they have their scriptures (Torah and Injeel) right with them?’

Allah Almighty’s commands are meant to applied and not kept on a shelf. And in order to apply them, we need to understand them. If they are not understood properly, they can be plucked out of context, twisted and applied dangerously, as we have seen with terrorists who say they are carrying out the will of Allah.

Though we should try our best to live up to Allah Almighty’s expectations of us, there are times when we encourage others to do good, though we are not doing it ourselves. It would be wrong to stop doing this because that would prevent us from spreading goodness. It’s one of Shaytan’s traps to make us retract from goodness by embroiling us in a philosophical doubts.

Practice what you preach and spread goodness through your example. But remember we are not perfect and where we fall short we can try and improve ourselves while encouraging others. We could even set goals with friends and work towards them together.

May Allah ta’ala make us a ummah who preserve knowledge through it’s application. Ameen