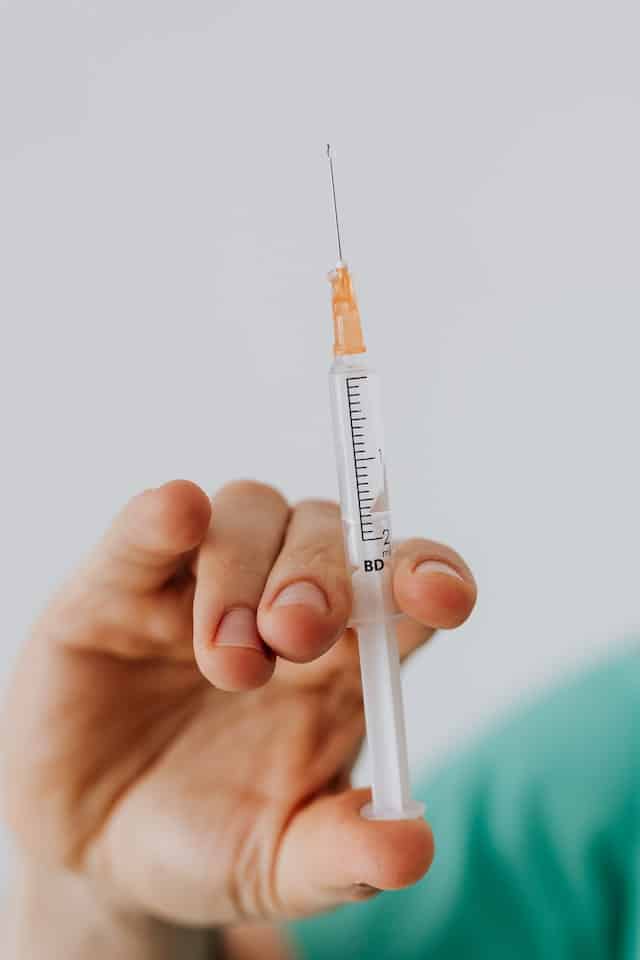 In general, a fast is broken when you swallow something and it enters the stomach or gives the body nutrition. Medicine taken into the body that does not enter the stomach is permissible.

Intravenous and intramuscular injections do not break a fast.

Injections that administer medicine or vaccinations into the body, whether intravenous (through the veins) or intramuscular (through the muscles) do not break the fast. They do not directly enter the stomach.

A fast is invalidated if you use a drip, as you are receiving hydration and if you need a drip then you are sick and should not be fasting.

Part of fasting is experiencing weakness and hunger. If one is pepping up one’s system by injecting supplements like vitamin C, this would not be permissible.

Having a blood test does not invalidate a fast, as it is merely the taking out of blood. It is only disliked if it could weaken one from being able to fast.

In general the use of oral medication invalidates a fast. Inhalers are taken by mouth, are meant to direct medicine into the lungs not the stomach. There is a difference of opinion among scholars whether a substance entering the lungs would invalidate the fast or not.

If you follow the opinion that a substance entering the lungs does not invalidate the fast, and is permissible, you have to make sure that the inhaler is being used properly. Many people do not use them properly and by not inhaling at the right time, they end up ingesting the medicine into their stomach rather than their lungs. This would invalidate a fast. It is therefore preferable to avoid using inhalers whilst fasting, or to use a spacer as it helps reduce the likelihood if the medicine entering the stomach.

How will non-Muslims be judged?