Why There Is No Room for Deceit 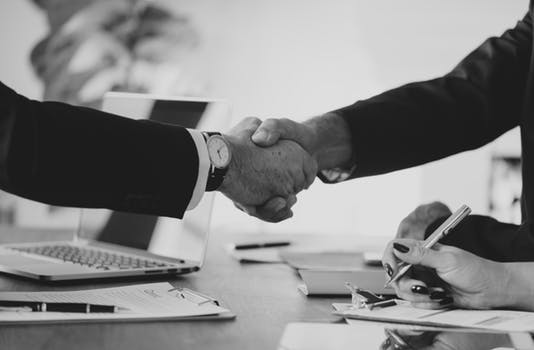 What is this? He replied: Messenger of Allah, these have been drenched by rainfall. He (the Holy Prophet) remarked: Why did you not place this (the drenched part of the heap) over other eatables so that the people could see it? He who deceives is not of me (is not my follower). (Bukhari)

There are plenty of verses from the Qur’an which talk about severe punishment for those who deceive people’s trust and betray them.

In the other narration:

He (peace be on him) said, ‘To Allah, His Book, His Messenger, and to the leaders of the Muslims and their common folk.’ (Muslim)

These two hadith highlight two opposites. The latter is about giving honest, sincere advice. The former is about deceiving others. Naseeha (good advice) on one hand and ghish (betrayal) on the other. It is a huge topic to cover in a few minutes.

The universal principle of naseeha

Scholars have commented that this hadith is one quarter of Islam because it covers every single function we undertake in our lives.

The word naseeha  linguistically means purity from any defect. Purity or sincerity towards Allah Almighty means believing in His perfection and His freedom from all defects. Technically, naseeha towards people means willingness of the one giving advice for the well-being of the other, practically or theoretically.

One of the diseases which we have in our community, not the Muslim community, but the human community, is that while we have people of honesty and justice, we have others of deceit.

It is wrong to be deceive others at ANY level – at leadership level, or within the community, or within the home, or at work, or in teaching or in any transaction at all. It covers every aspect of our lives.

The Prophet Muhammad (peace be on him), in many narrations, encouraged the community and every individual to be  people of trust, purity, and truth. The seller concealing his faulty goods is just one example of betraying customers. In the sunnah about the punishment of such people, it is a very severe punishment.

The Prophet Muhammad (peace be on him) said, ‘Whoever has been given trust from the Muslim community and he betrays that trust, he is in hell.’[i]

It is a very severe warning from Prophet Muhammad (peace be on him). And we’ve seen every now and then, betrayal in our community and country, such as MPs expenses, or wrong decisions, or sometimes in our own community, we do not portray the right image of ourselves. The Prophet (peace be on him) is telling us, by contrast, to be a person of purity. In the corporate world they talk about transparency and trustworthiness and delivering the right quality to their customers. This is all encompassed in this word. Say the right thing and deliver the right thing, which means upholding justice and not allowing injustice.

The reward of naseeha

The word ‘naseeha,’ is wide ranging; it is the exact opposite of betrayal, and the opposite of deceit.

The Prophet Muhammad (peace be on him) in the hadith, people of justice are on pulpits of light on the Day of Judgement.

Abdullah bin ‘Amr bin Al-‘as (May Allah be pleased with them) reported:

The Messenger of Allah (peace be on him) said, ‘The just will be seated upon pulpits of light. Those who are fair with regards to their judgement and their family and those who are under them.’

So it is our choice to choose: do we want to be on pulpits of light or the opposite? We start by being truthful. Not like that cheater who was hiding treachery in his food. You separate what is good and what is bad from your products. Similarly in our life and our financial transactions we have to be very clear about what we are giving. In marriage we have to be upfront and disclose everything when we are proposing. We should not deceive one another. Ultimately, the truth comes out and nothing remains hidden. Put yourself in the other person’s shoes. How would like to be deceived? If you would not like to be deceived, then do not deceive others..

Once the Prophet (peace be on him) said to his companions, ‘Oh my son, if you spend day and night and carry nothing in your heart of deceit or deception against anyone then do so. And if you are able to have a pure heart than do it. And this is MY way, and whoever revives my way, this is an act of love, whoever loves will be with me in paradise.’

From his advice we see that it is very important to be true to your religion, and stick to the Qur’an and sunnah. This includes not cheating ourselves in our salah, as that is cheating ourselves by performing it in a supersonic way.  So look after your salah, your transactions, your zakat, your wives, and children in the sunnah way. And if you follow the way of the Prophet Muhammad (peace be on him) you will see the effect in yourself and in the community in a supersonic way. Be true and sincere, because Allah knows the secrets of your heart. He is only one that knows the truth and insha’Allah we can change ourselves and our reality and make it better insha’Allah.

[i] It was narrated that the Prophet (peace be on him) said:

The servant of Allah will be brought on the Day of Judgment and it would be said to him, ‘Fulfil your trust.’ He would say, ‘Our Lord! How is it possible when the world has ended?’

Then it would be said, ‘Take him to the bottom of Hell.’ Upon this, the trust will be presented for him (in the bottom of Hell) in the same form in which it was handed over to him in the world. He would see it and recognise it. He would seize it and carry it on his shoulders. He would then try to get out till he would be under the impression that he has come out, then the trust would slip from his shoulders. He would again fall after it, into Hell. This act would continue for ever.

Narrated by Ibn Abu Hatim in a good chain