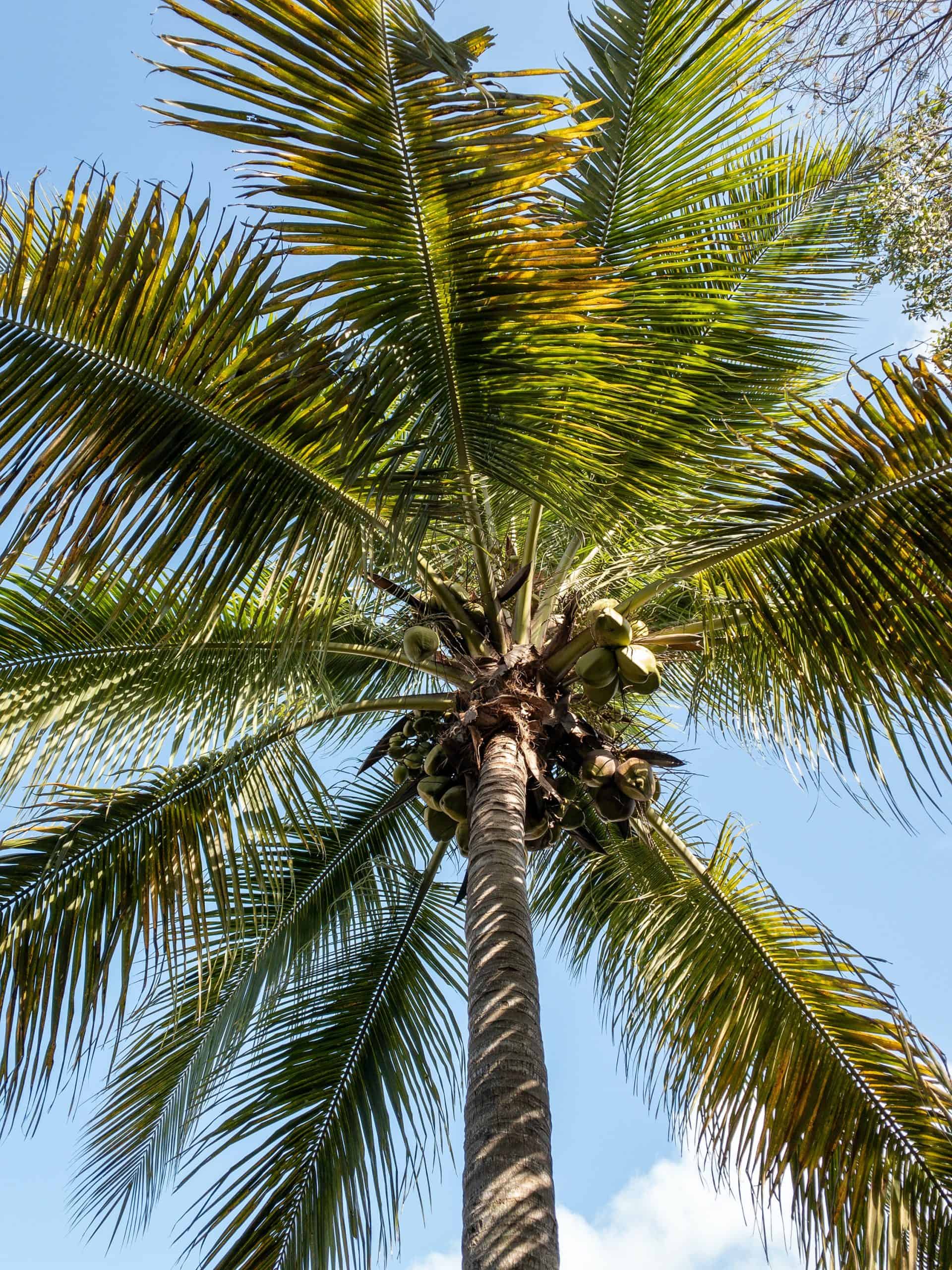 Ibn Umar narrated that Allah’s Messenger (peace be on him) said:

“Amongst the trees, there is a tree, the leaves of which do not fall and is like a Muslim. Tell me the name of that tree.” Everybody started thinking about the trees of the desert areas. And I thought of the date-palm tree but felt shy to answer the others then asked, “What is that tree, O Allah’s Messenger (peace be on him)?” He replied, “It is the date-palm tree.” (Bukhari)

There are many things to learn from this hadith. First we note that the Prophet (peace be on him) taught his companions through questions. He wanted them to think. In this hadith, he could have said the believer is like a palm tree, as simple as that. But he did not, as he wanted them to use their intellect. That is why he posed this question and invited them to respond.

Ibn Umar (may Allah be pleased with him)

Ibn Umar, the narrator of the hadith, was young. He was only 10 years old at the time of Hijrah.  When no adult answered the question, he stayed silent. Later he told his father that he knew the answer but he did not say it. His father said he wished he had said it, as this would have meant the world to him!

The Prophet (peace be on him) said, “The example of a believer is like a green tree, the leaves of which do not fall.” The people said. “It is such-and-such tree: It is such-and-such tree.” I intended to say that it was the date palm tree, but I was a young boy and felt shy (to answer). The Prophet (ﷺ) said, “It is the date-palm tree.” Ibn `Umar added, ” I told that to `Umar who said, ‘Had you said it, I would have preferred it to such-and such a thing.” (Bukhari)

Inspired from a young age

We see here the inspiration which Allah Almighty gave Ibn ‘Umar. He was very committed to the sunnah. On one occasion he saw a vision which he narrated it to his sister Hafsa, who asked the Prophet (peace be on him) about it. The Prophet (peace be on him) mentioned that Abdullah was a good servant of Allah, especially if he were to pray during the night. When she relayed this to him, he never missed praying qiyam al layl til he died. He was a great scholar, companion and source of fatwahs.

The comparison with a palm tree

Why did the Prophet (peace be on him) use the analogy of the palm tree for the believer? In particular he chose the palm tree because everyone was familiar with the palm tree (al nakhla). It is strong tree lives for a long time and bears fruit which they used on a daily basis.

The palm tree is beneficial

It is one of the most widely used trees on the planet. Everything on the tree- even some roots- are reused in some way, shape or form.  Each bit of it yields something beneficial, be it the oil, the wood and fruit or the palm leaves.

No wonder the date palm is referred to as ‘The Tree of Life’ in the Middle East, and is one of the oldest forms of palm, producing dates, which we all know are densely packed with nutrition.

Palm trees are regularly used as constructive building material for house walls, rafters and roofing. Making thatched roof coverings, and as logs for bridges. The fiber can also be woven to make carpet and wall coverings, as well as practical household items such as brooms, baskets and even furniture.

Some of the best wax available for scented candles come from palms. Due to its natural climates, palm wax does not melt in hot weather, and holds and emits fragrance longer than paraffin wax. And has been used for sealing important documents.

The palm fronds which grow to 3-5 metres long have a myriad uses, and apart from being woven into fences and carpets, can be used as fuel, and nutritional feed for livestock.

Even the dead leaves can be used as mulch.

The date palm grow quickly and reaches up to 75 feet in height, with strong straight trunks and iconic feather-shaped leaves.

They continue to produce fruit for a long time and can survive long droughts and extremely high temperatures.

The palm tree is evergreen, so it provides shade throughout the year. This gives people coolness from the heat of scorching sun.

Palms are highly valued because they provide abundant food in tough climates. Dates have a variety of forms, from when they are raw, then ripe, and then dried.

Their stones also have many uses including as animal feed, coffee additives, medicine, and fuel. They can be polished into beads for a tasbih.

Unlike other trees, a date palm gives fruit more as it grows older.

Other than the nutrition in date and its stone, the inner core of the palm tree yields palmetto which can be eaten in salads and is used to make natural health supplements.

The believer, like the palm tree, has a heart. It is the very inner core at the top of the trunk where the leaves are formed-often call the crown or the bud.

With many different kinds growing in hot climates all over the world, from rainforests to deserts, the diversity of different species have aided us for infinite uses over thousands of years, it is easy to see why palm trees are among the most useful resources we have today.

The Prophet (peace be on him) could have chosen any other tree, but the palm tree has certain qualities which make it an excellent choice. As we have seen the palm tree is hugely beneficial, and its heart is white. Similarly a believer is beneficial and his heart is pure. He reaches out to help others, just as the branches of the palm spread out and provide shade.

The tree is strong and able to live in a harsh climate, providing fruit in abundance. It survives in harsh weather, and does not break even during strong winds.

Abu Huraira reported God’s Messenger (peace be on him) as saying:

Unlike the cedar tree which may snap in the wind and is only pliable when it is chopped down, the believer, like the tree may bend under pressure but straightens up again. It stays strong and rooted and sticks to his principles and imaan.

A strong believer is better and is more lovable to Allah than a weak believer, and there is good in both. (Muslim)

This is what is happening with Palestine and other places across the globe where Muslims are enduring oppression. They are afflicted but they are strong inshallah. They will stand up again and protect their rights. And be like the palm tree, useful and beneficial and strong.

May Allah make us firm in our deen to uphold the truth and help the truthful ones and protect our rights. Ameen

Shaykh Haytham Tamim Thought for the Week 28th May 2021