Why do I have to maintain trust? 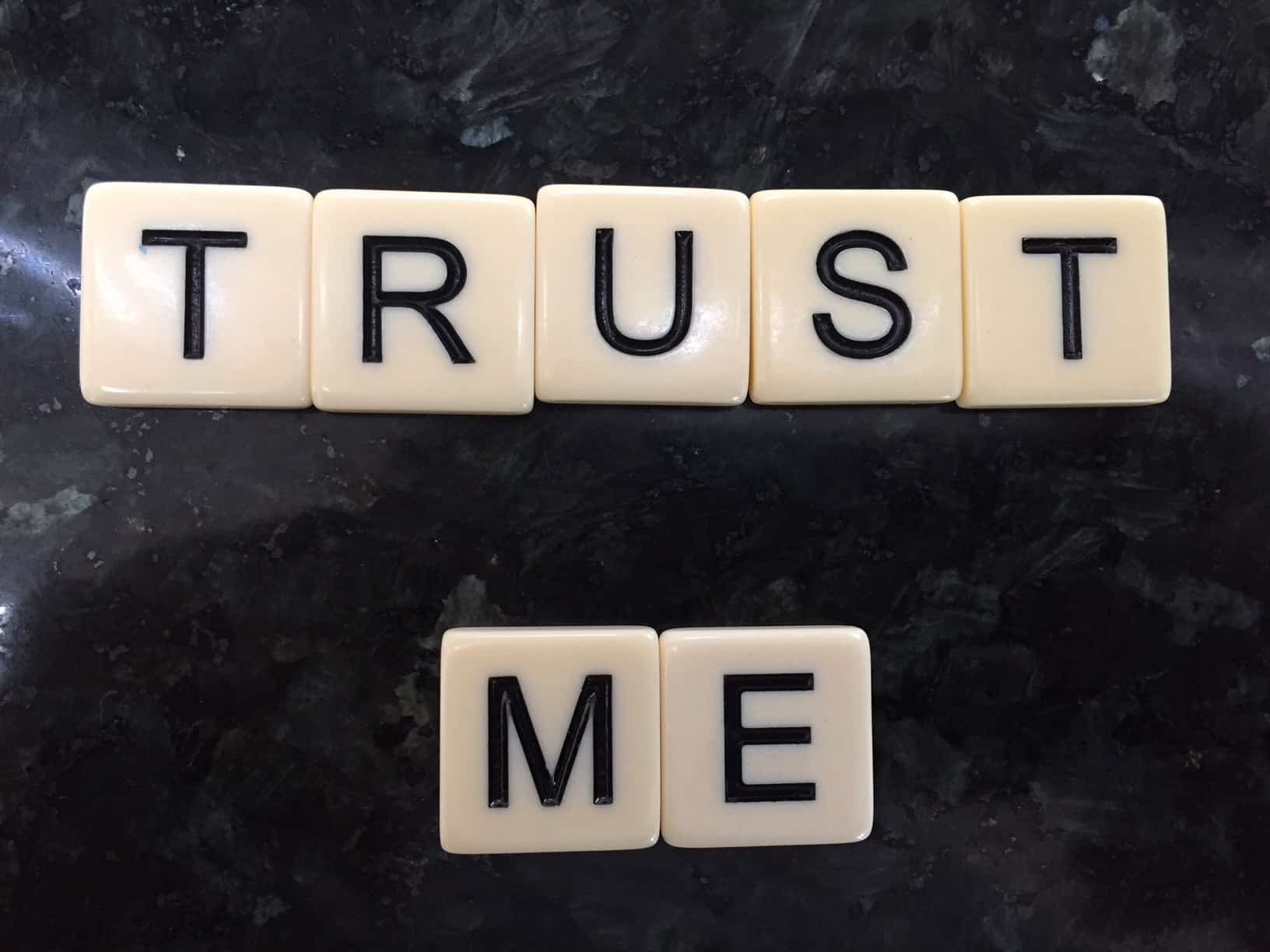 What have we been entrusted with? And why we should maintain trust

Allah the Almighty says in the Qur’an when he was describing the believers in Surah Mu’minun,

In Surah Anfal, He says,

‘Believe. Do not betray Allah Almighty or His Messenger and your trusts.’ (8:27)

So there are plenty of verses in the Qur’an and hadith, in the sunnah of the Prophet (peace be on him) which confirm the importance of amanah: keeping your trust. The word amanah is a word that includes different meanings, depending on the context. We have plenty of discussions amongst ourselves about what type of amanah has been entrusted to us. But, the majority of scholars say it is our deen.

‘Truly, We did offer al-Amaanah (the trust or moral responsibility or honesty and all the duties which Allah has ordained) to the heavens and the earth, and the mountains, but they declined to bear it and were afraid of it (i.e. afraid of Allah’s Torment). But man bore it. Verily, he was unjust (to himself) and ignorant (of its results)’ (33:72). 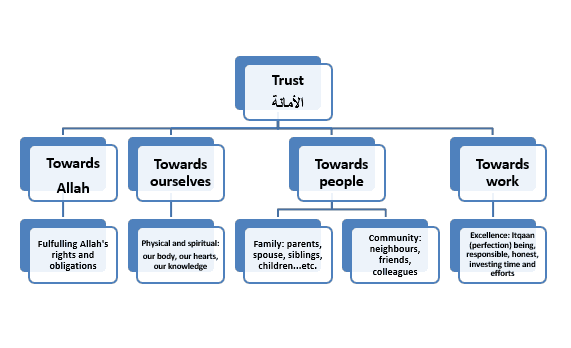 The amanah of our religion

The top of the list is the amanah of our deen. We have to keep this amanah which Allah Almighty entrusted to us. Allah Almighty presented this amanah to the heavens and the earth but the only ones who accepted it was the insaan, mankind. So this is our priority.

Allah Almighty with his wisdom has distinguished humans from the rest with our intellect. He has sent Prophets to show us how to preserve this amanah.

The amanah of ourselves

Among the types of amanah Allah Almighty entrusted to us is the amanah of the limbs, sight, hearing, speaking, walking, moving, thinking and so on. We have to utilise what Allah Almighty has given us and do what pleases Allah Almighty, because on the Day of Judgement our limbs will testify for or against us.

The amanah of our family

We have an amanah of family. We have to direct them and guide them to what Allah Almighty wants. Treating them well is our amanah.

The amanah of work

Another type of amanah is our work. Even if there is no CCTV in our work we must still do the job we have been entrusted with.

The amanah of money

The money in the world is an amanah. How we use it. How we spend it. How we earn it.

The amanah of reputation

People’s reputations are amanah. We can’t just throw accusations left, right and centre unless we are sure. Working with others and keeping their secrets is an amanah.

The Prophet (peace be on him) said that if a man tells you something, even if he doesn’t tell you to keep it a secret, it is amanah.

It was narrated that Jaabir ibn ‘Abdullah said: The Messenger of Allah (blessings and peace of Allah be upon him) said:

‘If a man says something then turns away, it becomes a trust [which should not be disclosed by the one who heard it].’ (Abu Dawood, Tirmidhi)

You have no right to betray this Amanah. There is no imaan (faith) in someone who has no amanah. This means that person who betrays trusts has a defect in his imaan. We have to be careful in the light of the huge number of scandals that have surfaced.

One of the companions of the Prophet (peace be on him) asked, ‘How do we lose our Amanah?’

The Prophet (peace be on him) said, ‘If you are entrusted with something and you fail, then you have lost the Amanah.’ (Bukhari)

The UN have failed in keeping their amanah.  Recent reports estimate that 60,000 vulnerable women and children have been abused by their staff over a decade because of their lack of supervision. The UN was trusted. This is a grievous failure. And there are so many other scandals in sport and across the board. This is a loss of amanah.

It was narrated that Abu Hurayrah (may Allah be pleased with him) said: The Messenger of Allah (blessings and peace of Allah be upon him) said:

We need to raise the bar. We have to start working according to our principles; not our desires. This is what separates us from animals. The animal kingdom is driven by their instincts. If we act like this we will be punished. Maybe not immediately, but certainly in the akhirah.

Any human society cannot live without trust. Any relationship cannot function without trust. Trust is crucial. Especially the trust between us and Allah Almighty.

Allah Almighty has said seven groups of people will have shade on the day of judgment. One of those groups are those that kept their Amanah. those people who kept their trust to Allah Almighty will get special treatment.

Keep the trust of those that kept your trust and of those who betrayed you, or you are no different.

Believers have to keep their Amanah.