Why did Allah not grant the dua of the Prophet (peace be on him) for his ummah to be united? 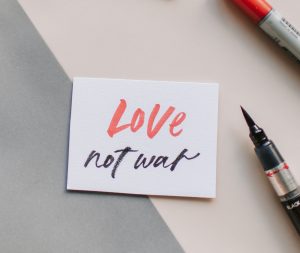 On the authority of Sa’d bin Abi Waqqas (may Allah be pleased with him) that one day Allah’s Messenger (peace be on him) came from Al-‘Aliyah: a high place in Madinah. He passed by the mosque of Banu Mu’awiyah, went in and observed two rak’ahs there and we also observed prayer along with him (peace be upon him) and then he prolonged his dua, he made a very long supplication (peace be upon him) to his Lord. He then came back to us and said:

The bad news is that the ummah will destroy itself by infighting. Though the Prophet (peace be upon him) was keen to protect his ummah from their enemies and itself, Allah Almighty refused to grant them protection from their own selves.

Why didn’t Allah protect the ummah from itself?

When I read this narration, I was greatly puzzled. Allah Almighty granted the Prophet (peace be upon him) two of his wishes, but not the third. (In some narrations it is three out of four). Why?

It would have been very easy for Allah to grant this as well, so why did He refuse? For a long time, I couldn’t figure out the answer, until eventually I got it.

The first dua is for provision. This means that the ummah is given sufficient food for its survival and it is one of Allah’s attributes is that He is the Provider, Ar-Razzaq: the One who gives sustenance. He granted this to the Prophet (peace be upon him), that the ummah will not die out due to prevailing famine.

The second dua is for the survival of the ummah unlike the ummah of Nuh (peace be on him) who were destroyed by the flood.

Sustenance is from Allah, however, the third dua to be protected from internal fighting is an issue of discipline. It is not Allah’s job, it is ours. It is our obligation to follow Allah’s commands and get on with each other, as Allah Almighty says in the Quran:

This is the command. Allah will not do this on our behalf. He commanded us to be united. You cannot delegate this to someone else. You can’t say, ‘I’m a bit busy my son, pray Dhuhr on my behalf today’. This is an individual obligation.

There is also a collective obligation for the ummah to be united. This is why Allah did not grant this to the Prophet (peace be upon him), because this is our obligation and accordingly we work towards that.

We have to have programmes and systems, and education (tarbiyah) and literature in place which promotes and establishes this unity, which brings our hearts, minds and people together as one people.

We have to work towards the unity of the ummah. Not just by lip service, but by actively spreading love, and goodness. This is why we have so many rulings in the Quran and the sunnah which protect the wellbeing of the ummah.

Working as one body

If we want victory in dunya and akhirah, we have to come together. This is why the Prophet (peace be upon him), in another narration described the ummah like one body in their compassion, love and care and their contribution and support of one another:

So the example of the believers amongst themselves in their compassion and aid and support to one another is like one body.

Numan bin Bashir narrated that Allah’s Messenger (peace be on him) said:

You see the believers as regards their being merciful among themselves and showing love among themselves and being kind, resembling one body, so that, if any part of the body is not well then the whole body shares the sleeplessness (insomnia) and fever with it. (Bukhari)

How can we be one body?

We need to think more about this. How can we work towards spreading more love, spreading good examples and be better people?

We cannot take unity for granted

The unity of the ummah is not something we can take for granted. It will not happen by itself without any effort. We have to seek through our efforts. We have to follow the commands of Allah Almighty from the Quran and the Sunnah.

Otherwise, we follow our whims and desires, anxieties, our likings, and the whispers of the shaytan and we pull in different directions, chop ourselves into different sects, and different groups. There is nothing wrong with having different groups, if they cooperate with each other, it is not acceptable at all to be different groups working against each other. This was what the Prophet (peace be upon him) was afraid of.

Dua alone is not enough

What brings hearts together

Unity requires will, sincerity, time, effort and action. Dua alone is not enough. We have to follow the commands of Allah Almighty, control our anger, control our tongue, say what is good, do what is good, wish for others what we wish for our self, be grateful to those who have been good to you. These things bring hearts together. Exchange gifts because it spreads love.

Justly reconciling two people is charity. Helping a man with his animal and lifting his luggage upon it is charity. A kind word is charity. (Muslim)

Smiling at the face of your brother is a charity. (Tirmidhi)

O people! Spread (the greeting of) Salam, feed others, uphold the ties of kinship, and pray during the night when people are sleeping, and you will enter Paradise with Salam. (Ibn Majah)

Beginning of the cure

Without these our ummah continues to suffer from our disunity and we will be weak. Although 1.7 billion is not a small number, it’s a huge number, but as the Prophet (peace be upon him) said, despite our numbers, we are like the froth of the sea. We lack substance and strength.

It’s a long way, but nevertheless it’s the beginning of the cure to know that you are ill, to acknowledge it.  Once you identify the problem, you can work towards fixing it. God willing.

We too should ask Allah for this and work towards it and God willing we will be granted it, if we have the intention and make the effort.

I ask Allah Almighty, to enable us to be amongst those whom He accepts and supports and loves and brings together. Ameen.