Who is a martyr in Islam? 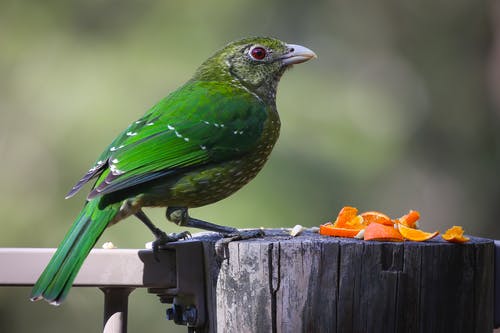 We are all familiar with the concept of shaheed when it is related to the one who sacrifices their life for Allah with the right intention.

The word shaheed means witness, and martyrs are called shaheed because their blood will be witness for them.

Abu Hurairah (May Allah be pleased with him) reported:

On the authority of Masruq, who said:

We asked Abdullah (i.e. Ibn Masud) about this verse: (And do not regard those who have been killed in the cause of Allah as dead, rather are they alive with their Lord, being provided for) (3:169). He said: We asked about that and the Prophet (peace be upon him) said: Their souls are in the insides of green birds having lanterns suspended from the Throne, roaming freely in Paradise where they please, then taking shelter in those lanterns. (Muslim)

Allah Almighty is promising such a huge reward because there is nothing beyond giving your life for Allah’s sake. If you are willing to sacrifice your life which is the most precious thing you have, you will earn such a reward.

Not all shaheed from the battlefield attain this level. Some of them are standing in jannah and not moving.

There are three categories of shaheed (martyr)- the real martyr, the fake martyr and the one who did not die on the battlefield but has been conferred with the status of shaheed, due to their traumatic death.

The reward of real martyr, who died in jihad is the highest level – nothing matches it. Unfortunately, this is used by people to mobilise recruits for ISIS and other such groups. It is important to know, therefore, that the reward is only for those who fought for the right cause in the right way, under the right conditions etc. You cannot apply this to any fight and any cause.

The first example of the three is the one who makes the biggest sacrifice of all – the  Shaheed (martyr). For the sake of the deen, he sacrifices the most precious thing he has – his life. Irrespective of our deen, nationality, colour or race, our life is what we value most.

It is very difficult to sacrifice your own life – to leave the dunya and enter the realms of the unknown, particularly for those who do not believe or have doubts about the akhirah. For believers it is still not easy, as it means leaving your family, wife, children and parents, and friends. Think of the pain of separation when you are travelling for a long time and are away from those whom you love. Death is final. It has no way back.

Anyone who’s intention wasn’t sincere, would be deluded to think they will be shaheed.

A shaheed requires sacrifice and courage

Being courageous is a creditable quality. Some people have the desire to do something but not the courage. Hence it takes both courage as well as selflessness to sacrifice one’s life for Allah Almighty’s cause. And therefore having role models is important.

If someone died because he wanted the glory, not for the sake of Allah, he will be shaheed for dunya, not akhirah. In other words, a fraud.

There is a Hadith Qudsi which tells us which three categories of people will be thrown into hellfire first. Out of these three categories, the very first is the fake martyr. Abu Huraira said he heard Allah’s Messenger (peace be on him) saying:

The first of the people whose case will be decided on the Day of Judgment will be a man who died as a martyr. He will be brought forth. Allah will make him know about His blessings (which He had bestowed on him in the world). The man will acknowledge them. Then Allah will ask him: What did you do with them? He will say: I fought in Your way until I died as a martyr. Allah will remark: You are lying. You fought so that you may be called a brave warrior. Then orders will be passed against him. So he will be dragged along on his face and cast into Hell. (Muslim and Nasa’i)

The shaheed off the battlefield

The third type of shaheed is the shaheed for the akhirah. Imam Ibn Hajar al Asqalani in his commentary on Bukhari counted 20 types of shaheed and there may be more. These include people who died from an epidemic, such as SARS or Covid; or an abdominal condition, or by drowning, or by fire, or in an accident such as a plane or car crash, or while defending their life or property, or in childbirth.

In the current scenario, those who have died of the Coronavirus, or while drowning in the sea, such as refugees who are trying to flee their country, or in a fire (like those Muslims who died in the Grenfell Tower fire) are shaheed for akhirah (not dunya and akhirah).

These deaths are mentioned in Hadith

The Messenger of Allah (peace be on him) said

Sa’id bin Zaid bin ‘Amr bin Nufail (may Allah be pleased with him) reported, one of the ten Companions who were given the glad tidings of entering Jannah reported that he heard the Messenger of Allah (peace be on him) saying:

Ghusl for the shaheed

“By the One in Whose hand is my soul, no one is wounded for the sake of Allah – and Allah knows best who is wounded for His sake – but on the Day of Resurrection he will come with a colour like the colour of blood and a fragrance like the fragrance of musk.” (Bukhari and Muslim)

In the famous narration about the young soldier, Hanzala who was martyred, having joined the battle of Uhud after his wedding night before he had a chance to do ghusl.

The Prophet Muhammad (peace be on him) said he saw the angels giving Hanzala ghusl. Because of this honour, Hanzala earned the title of Ghaseel al-Malāʾika (غسيل الملائكة) or the one cleansed by the angels.

The Day of Judgement fast-track

The shaheed are role models who inspire others. These are the first people who will go through hisab (accounting on the Day of Judgement). They are awal ma yuqda fi yaumil qiyama – the one who don’t go through the normal queue but get fast tracked.

If someone who did not seem to be a very good person dies from the death of a shaheed, are all their sins forgiven?

All shaheed are not the same level. If there was a plane crash for instance, not all the people who died from that crash would be the same level. Are they still martyrs? This is for Allah Almighty to decide. It is not our place to judge them. Allah is the best judge.

A shaheed will be forgiven all his sins, except any debts which has not been repaid. Until they are repaid, their forgiveness is incomplete. It is possible that Allah Almighty will inspire their creditors to forgive these debts.

The shaheed can interceded for 70 people

Abu  Al-Darda’ (may Allah be pleased with him) narrated that the Prophet (peace be on him) said:

The intercession of a martyr will be accepted for seventy members of his family. (Abu Dawud)

Abu Darda said that the shaheed will intercede for 70 of his household. Does this apply to any shaheed or only the shaheed on the battlefield? Without doubt, this is the highest level of shahada. They will have the advantage of this. Would this apply to other kinds of shahada? Would they be able to intercede for 70 people in their household. The majority of scholars say no. It only applies to the ones who passed away in the battlefield. We don’t have solid evidence either way.

The highest level of jannah

The collection of these narrations found that Jannah is not limited to 100 levels. Other narrations suggest that the reciter of the Quran will be raised and their last level will match the last ayah they recite. In the Quran there are more than 100 ayahs. There are 6236 verses, which means there are 6236 levels. In other words, the number is an indication that there are many levels in jannah. The highest level is where the shuhada, anbiya, and the siddiqoon will reside.

Anyone who died off the battlefield, is given ghusl. This ghusl washes off all impurities including major impurity. However if there is a reason why ghusl cannot be given, the body is not washed, such as the bodies of the deceased who have a highly infectious disease which could be passed on during the ghusl.

What happens to the soul of someone whose body was decimated?

If someone’s body has been scattered, due to an accident, or disaster, even if all trace of it is lost, such as through fire, Allah Almighty gathers the body back together and returns the soul to it. The soul and body are in barzakh, which is the realm between dunya and the final resurrection. In barzakh, a soul which deserved punishment, will be punished.

May Allah have mercy on all our living and all our deceased.