What’s the prophetic way to bring others round to your point of view? 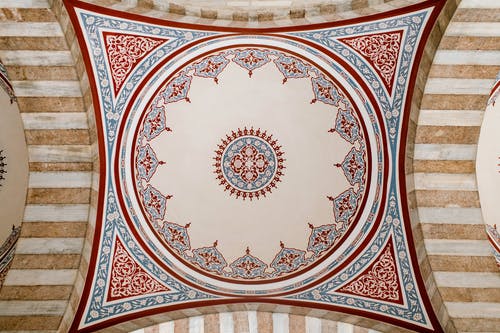 There will always be different opinions

We are not photocopies of each other. Not everyone thinks the same way and has the same understanding or opinions on matters, whether they are about religion, politics, social issues or schools of thought. This presents a challenge and source of tension and conflict among us.

In the Quran, Allah Almighty instructed the Prophet (peace be on him) and by extension his ummah, which is every single one of us, to use a wise approach when we disagree with others. He exhorted us to debate in a dignified manner.

In Surat An Nahl, Allah Almighty gave us guidance on how to deal with differences of opinion in the best manner. He directed us how to debate and the etiquettes which we should use.

Allah Almighty says here ‘Invite to the way of your Lord’. You would only invite someone to your way of thought, if you were not both already on the same page.

The best thing for anyone is to be guided and see the right path, to know your aim and understand your purpose in life. We are all heading for the akhirah and if we are blessed to understand that Allah Almighty created us and our purpose is to worship Him, we have to share this with others. However, we have to share this with hikmah. The hikmah being referred to here is the Quran. Allah Almighty is telling us to invite people to Islam through the Quran, using the prophetic style.

The prophetic style is the best way style. He always spoke in a dignified way. This is not just respectful but it is important when trying to convey your point.

If you put someone down or look down on them or provoke them, you will not achieve the right end.

The right aim is to awaken hearts and not to insult others.

This is very important. If we can reach their hearts, then they will understand the message we are delivering. If you can’t reach them it is a waste of time but you have to try. You will not know this until you try.

The Prophet (peace be on him) was the master of delivering the message. He was patient and wise and did not take rejection personally.

When beginning a debate, begin by allowing for the possibility that you are wrong

Instead, the Prophet (peace be on him) begins by stating that both opinions cannot be right, so one of them has to be wrong. He entertains the possibility that he might be wrong, even when he knows he is right. This means the debate can begin on an equal footing.

Why did Allah Almighty make this point?

The psychology of allowing others the possibility they are right, even when they are wrong

There is an important psychological point here. You cannot say your opposition is wrong before you start. You have to be neutral at the outset.

If your opponent feels that you have dismissed his view before you have begun, then he will shut down and not open up. The channels of communication are blocked. You have lost the battle even if you win the debate.

The starting point has to be that you are going to explore the idea together to figure out which one is correct. It has be understood that we all want to achieve the truth and that either side might be right.

Imam Shafi who was one of the great scholars of our ummah, derived from the Quran the maxim which is used in Usul al Fiqh.

10 tips to put your point across effectively

These are the tips we should follow in any debate or discussion in order for it to be fruitful. Otherwise it will painful and damaging.

We ask Allah Almighty to enable us to follow the footsteps of the Prophet (peace be on him) and the Quran and be among those who deliver the message of Allah. May we converse with others with ease, deep understanding and mercy.