What is the Significance of the First Five Revelations? 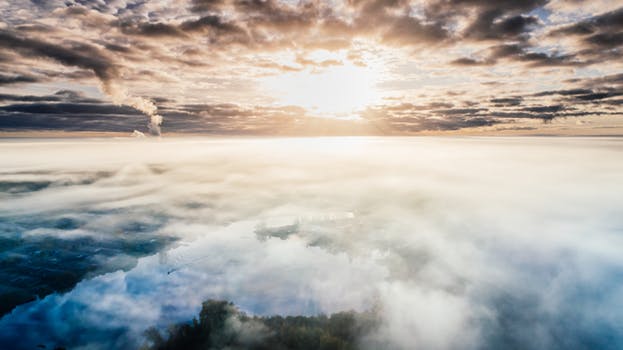 What were the first five Surahs revealed? What is their Significance?

The very first exposure to Islam by the community in Makkah was through the following verses:

The first word revealed is a symbol of knowledge. It is not only knowledge, but compulsory knowledge. Why? Because Iqra itself is fi’al amr (command form). It’s not saying ‘you may read.’ It is saying ‘Read!’ or ‘Recite!’ in the command form.

Our religion is heavily based on knowledge, as thought is the basis of any human community, not just the Islamic community.

Qalam – The Necessity to Improve our Character

Surah Al-Qalam contains some beautiful and unique ayahs. While there are some verses in the Qur’an which recur in different surahs in either different or the same form and letters, the verses of Surah Al Qalam are not of them. In this surah, Allah Almighty describes the Prophet (peace be on him) by saying,

The second transition required of the Makkans by extension all humanity is working on our character. Knowledge alone is not enough, even if you have the highest qualification, if you don’t’ have the character you won’t win people’s heart. The Prophet (peace be on him) said in a beautiful hadith that you cannot make people feel welcome with your wealth, you make them feel comfortable by two things – a cheerful face and a good character.

We should teach people love not hatred through our words and actions. Good character cannot be faked.  And it is not for the sake of impressing others. Good character is part of your DNA, it is in your nature. It is not something you wear when you go out. It’s part of you. So the Prophet (peace be on him) had the best character. In other verse:

Indeed in the Messenger of Allah (Muhammad) you have a good example to follow for him who hopes in (the Meeting with) Allah and the Last Day and remembers Allah much. (33:21)

We have to follow the character of the Prophet (peace be on him). The character is what makes us human, not just Muslims.

The Special Mercy, De-stressing and Connectivity with Allah during Tahajjud

Allah Almighty commanded the Prophet (peace be on him) to stand in prayer during the night:

O you wrapped in garment! Stand in prayer all night, except a little. Half of it or a little less than that or a little more and recite the Qur’an meditatively with utmost clarity and eloquence. (73:1-4)

‘Stand up!’ is again the imperative form of the verb. The night prayer was compulsory in Makkah before salah as we know it was given to the Prophet (peace be on him) during the Meraj.

Why the night prayer? Tahajjud is a special time away from the hustle and bustle of our busy life, and from showing off – it is purely between you and Allah Almighty. And it is a time which Allah has specifically blessed. The Messenger of Allah (peace be on him) said,

Our Lord descends to the lowest heaven in the last third of every night, and he says: Who is calling upon me that I may answer him? Who is asking from me that I may give him? Who is seeking my forgiveness that I may forgive him?’ (Bukhari and Muslim)

Despite the special doors of mercy thrown open at this time, outside of Ramadan, most of us miss tahajjud.

Allah Almighty is teaching that any community that wants to change themselves have to have the night prayer. Any biography of any great scholar will show that they prayed the night prayer, if not every day then every other day, but more likely every day.

Qiyam once a week can be started and introduced. At least one a month we can come together. It brings tranquillity and serenity in the daily rat race. During the night prayer you diffuse all your anxiety and you open up a new gate between you and Allah Almighty. This is what I call the vertical dimension. Stand up, it is a one to one relationship between us and Allah. In this dimension there are no intermediaries, it’s just you and Allah. It has to be very strong.

Communicating and Mixing with Society

Stand up and warn people against the Hellfire

Unfortunately, we have in our understanding from our background and teachings that our aim is to convert people to Islam and then enjoy Islam with them and we want everyone to be Muslim. This is not right. Our mission is not to convert. Our mission is to convey. Even the Messenger (peace be on him) could not convert people. Peoples’ hearts are in Allah’s Hands. The only one who can convert them is Allah Almighty, not you and me

Moreover we have to convey in a prophetic manner. Not any way we like, like ISIS. They think they are converting in their way. This is NOT prophetic.

We have to mix in our communities if we are to communicate the message. We should not be isolated from the community, gheottoisation is completely wrong and is not the message. The Prophet (peace be on him) said:

Unfortunately, some groups say we have to buy land and make an Islamic city. They have thousands of followers. In the beginning of 2001 the trend was to have foreign speakers flying in to the UK, many of whom who said we cannot stay here as it is a country of kufr. This is wrong and till today some people with this mentality. We still have some work to do. It is the social transition. Communicating with others is so important.

Though we are all familiar with surah Fatiha there is a deep symbolic and psychological significance in it. Fatiha means the opening. It is also well known as surah Al-Hamd, praise.

This is positivity. This is optimism. Seeing the full half of the cup. Allah is teaching us to be optimistic. How? By being grateful for the favours of Allah which are plenty, and beyond our comprehension, internal and external.

A poem attributed to Ali (may Allah be pleased with him), but transmitted by Ibn Arabi, a Sufi, Maliki, and Andalucian scholar says that:

You think you are a small speck, but within you is enfolded the entire universe

A neurology professor discussing memory and neurology on Radio 4 once commented that our brain has trillions of neurones, and is more complicated than the whole universe.

As Allah Almighty states in the Qur’an on earth there are signs for those who have understanding and within yourselves there are signs which lead to Him. Another ayah says blindness is not in the eyes, blindness is in the heart. Some people have eyes but they cannot see and others do not have eyes and can see. This is the vision of the truth. The truth does not need eyes to be seen, the heart can see the truth. Sincerity can penetrate all obstacles.

The five keys are that we have to:

Acquire knowledge, improve our character, develop our spirituality, be social and have a positive psychological outlook. Do not under estimate the power of optimism. It makes life difficult if you are always a pessimistic person. Surah Fatiha teaches us al hamd, it is opening your heart, your life to positivity.

Delivered by Shaykh Haytham Tamim at Islamic Society of Britain