What can you do when you’re worried about what’s coming? 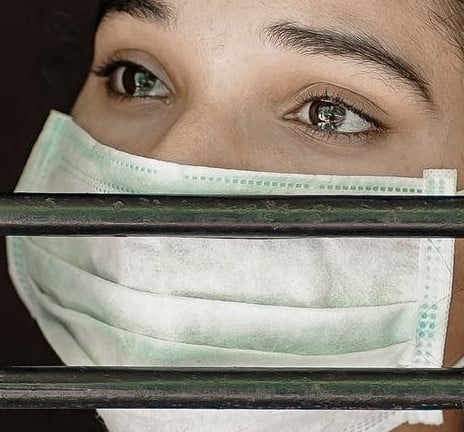 There is palpable anxiety because we are facing the prospect of being locked-down again and people are understandably afraid and upset. We have already endured months cut off from our loved ones and being confined at home. The prospect of further restrictions on our movements, and its impact on our livelihood is causing much stress in our community.

What can we do?

It’s the best thing in times like this is to follow the guidance of the Prophet (peace be on him) during calamities and tests.

He (peace be on him) taught us to seek protection against four specific things in his du’a.

Abu Hurairah (may Allah be pleased with him) narrated that the Prophet (peace be on him) said:

Seek refuge with Allah from the difficulties of severe calamities, from having an evil end and a bad fate (or judgement) and from the malicious joy of your enemies. (Bukhari)

Allah is your source of protection

Although this hadith is short and concise, it has much depth. The first part teaches us that whenever you have a calamity turn to Him. Don’t complain and cry when you have not even sought His help.

Don’t try to face it alone. No matter what connections you have, or what status, it is not you, or your abilities, but Allah Almighty who can extricate you from your situation. Rely on Him while dealing with the means in order to cope with it in the best way.

It is a command to seek refuge in Allah, (ta’awwadhu billah).

The Prophet (peace be on him) sought Allah’s aid by reciting the Quran and saying the istiadha (a’udhubillah min ashaytani rajeem) against these four things.

O Allah, I seek refuge in You from the anguish of tribulation, the lowest depths of misery, the bad of what is decreed and the malice of enemies

The calamity which drains you

Jahdil bala جهد البلاء is the calamity which exhausts you, drains you and takes it all out of you. It leaves you paralysed – physically, metaphorically or mentally. If you seek Allah’s help, He’ll never let you down. He is always there for you.

Being among people of misery

Daraki shaqa درك الشقاء means being among people of misery, in other words people of jahannam. Shaqawa شقاوة is misery. Yow become a person of misery, when you do something bad, and you don’t repent or ask those who you wronged for forgiveness. The end result will be punishment. As in Surat Hud, Allah Almighty says:

May Allah protect all of us from that.

So but those who were miserable, they will be in the fire.

As for those who were happy, they will be in paradise abiding there for ever.

May Allah make us all from among the people of sa’ada (happiness).

Su’il qada سوء القضاء has two meanings – evil end or bad judgment. The later is having a bad opinion and making someone’s life difficult. Don’t jump to conclusions or make the wrong judgement and the wrong decisions. Shaytan’s whispers are misleading. Unless you have clear evidence, don’t have a bad opinion about others. Avoid Chinese whispers but at the same time don’t be naive.

The rejoicing of enemies

Shamata til a’da شماتة الأعداء is being laughed at or mocked by one’s enemies when you are in pain. It is doubly painful to experience this. Not only are you suffering from a calamity, but on top of this you see people enjoying the fact that you are suffering. May Allah protect us from this.

O Allah, who protects us from evil, and who facilitates all goodness, protect us from any evil and make us amongst the people of paradise and happiness and not people of misery.