The most famous but inauthentic hadith of Ramadan 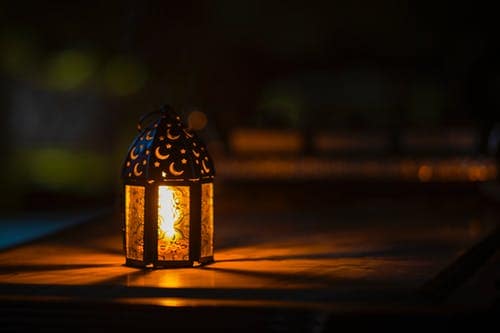 Understanding the release from hell 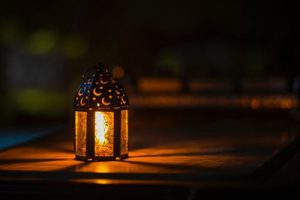 When a hadith offers you reward that sounds too good to be true this is usually a sign it is not authentic. It goes against common sense. If someone has accumulated a huge pile of sins, and has not repented, all their sins will not be miraculously forgiven by reciting a few words or one single act, as is dubiously promised by certain unauthentic hadith which circulate perpetually in social media orbit.

Some Shuyukh will even quote them without verifying that they are weak, or fabricated because they are well known. However it is an amanah (trust) for shuyukh to spread knowledge accurately and it is important to dispel these hadith so that our knowledge is based on sound sources.

In Ramadan every year, we have several famous narrations which are forwarded ever year and used quoted everywhere. Probably the most famous of these is the narration:

Though Salman al Farsi may Allah be pleased with him narrated it, it is not authentic.  It is a weak hadith, because the chain (sanad) and the meaning are not sound. It contradicts the authentic narrations and is somewhat puzzling as one wonders why rahma has ended after the first ten nights, or why the release of souls is withheld til the last ten. Actually, all of Ramadan is rahma and forgiveness and release from hell. There is no such division of the month into three compartments of maghfirah, rahma and release from hellfire in Ramadan, as Allah Almighty showers His mercy every day in abundance.

What does it mean that Allah releases souls from hellfire?

Scholars say being released from hell has three meanings – 1) Allah Almighty forgives their sins, 2) He will accept their repentance, and 3) Allah Almighty protects them from big sins and mistakes, and from going back to that path until they die. The souls who are released are not entirely free of mistakes, but when they make a mistake they are quick to repent. They rectify their mistakes til they die.

The souls are not currently in hellfire. The release of souls means that the souls will not enter hellfire once the Day of Reckoning has happened. Though jannah and jahanum are empty until then, the souls in the graves have a window to their final destination in their graves. As the Prophet (peace be on him) stated:

Indeed the grave is the first stage among the stages of the Hereafter. So if one is saved from it, then what comes after it is easier than it. (Tirmidhi.)

When does Allah release the souls from hellfire?

Bayhaqi in Shu’ab al Iman mentioned a sound narration that the release of souls occurs at iftaar time:

When you break your fast Allah will release many people from hell.

In a hadith, the Prophet (peace be on him) said:

Three men whose invocation is never rejected are: when a fasting person breaks their fast, the just ruler and the one who is oppressed. (Tirmidhi)

This is encouragement that you are not just released from hell, but your supplications are answered.

How many are released from hellfire?

Who knows who has been released? We hope that our name is on that list. Bayhaqi mentions that this is 60,000 every night at the time of iftaar.

Ibn Masoud narrated that the Prophet (peace be on him) said:

My mercy encompasses everything. (7:156)

In the Quran, Allah Almighty says:

Every soul will have a taste of death, and you will receive your recompense on the Day of Resurrection. Whoever is rescued from the Fire, and admitted to Paradise, has won. The life of this world is merely enjoyment of delusion. (3:185)

There are many verses about jannah and jahanum in the Quran. In this verse, Allah Almighty is talking about those who will be rescued from hell. The Prophet (peace be on him) is talking about the same issue – how to be rescued from hellfire. There are two things: The preservation of the rights of Allah Almighty and the preservation of people’s rights. These are the things that will rescue us from hell insha’Allah.

How to be released from hellfire

We do not know if we have been released so we have to work hard to fulfil our obligations towards Allah and people. We have to act with obedience to Allah and avoid the prohibitions and to ensure we fulfil people’s rights, whether they are social financial or family rights.

He who desires to be rescued from the fire of Hell and to enter Jannah, should die in a state of complete belief in Allah and the Last Day, and should do unto others what he wishes to be done unto him. (Muslim)

Aisha (may Allah be pleased with her) narrated that in the last ten nights the Prophet (peace be on him) would do three things:

When the last ten days of Ramadan came, the Messenger of Allah (peace be on him) would stay up at night, wake up his family (to pray), strive hard, and tighten his waist belt. (Bukhari and Muslim)

He would pray during the night, refrain from intimacy with his wives, and wake his family, even sprinkling water gently on their faces so they could share the blessings of the night and be close to Allah Almighty.

We ask Allah to make us of those who preserve His rights and the rights of others, and to release us and all those whom we love from hell. Ameen.

How to avoid being in a fake news chain

What have you prepared for the Last Ten Nights? Biryani?

Deepening your connection with Allah in Ramadan