Updating Your Anti-Virus Protection against Gossip 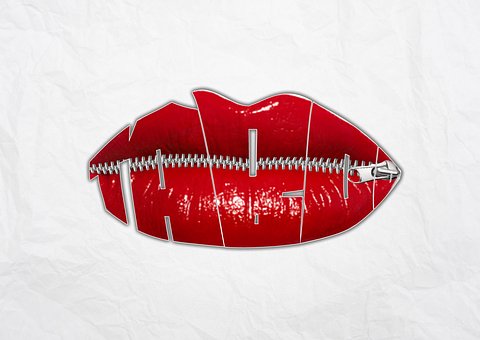 The Prophet Muhammed (peace be upon him) said, “Shall I tell you about the best of you?”

They said, “Of course, O Messenger of Allah.”

The Prophet (peace be on him) said, “The best of you are those who, when they are seen, inspire others to remember Allah Almighty.”

The Prophet Muhammad (peace be on him) said, “Shall I not inform you of the worst among you?’”

He said: “Those who go to and fro bearing tales [gossiping], who cause separation between friends and who seek deficiencies in those who are sound.”

People who gossip about others, ruin relationships between those who love each other, and hunt for the mistakes of the innocent people to make their lives difficult.

In this narration of Prophet Muhammed (peace be upon him), we can see two categories, the best and the worst.

And another narration recorded by al Bayhaqi:

The Messenger of Allah (peace be upon him) said, “Shall I tell you about the most beloved to me and the closest to my assembly on the Day of Resurrection?”

They were silent, so the Prophet repeated himself two or three times. They said, “Yes, O Messenger of Allah.” The Prophet said, “Those with the best character.”

Gossip is a disease in our community. It is like the virus in the system for which we need a firewall – a 24/7 anti-virus software to stop it. The Prophet Muhammed (peace be upon him) is prompting us to strengthen our community against this virus and trying to empower us against it.

Unfortunately gossip is not a minor ailment, but a major disease. And the media, with all its prying and invasion of privacy in general both fuels and feeds on gossip. If you were to filter the news, you would barely find any truth in it at all.

Gossip is so often seen as a bit of light-hearted fun, news, or discussion, yet the Prophet (peace be upon him) said, as narrated in Sahih Muslim, that the gossiper would not be admitted into paradise. Why is that? Clearly the matter is not light after-all, but deeply serious. The Prophet (peace be upon him) was the Prophet of the Truth, and of the truthful. And we too should be careful not to spread rumours, lies, and gossip. We need to ensure that we do not to fall in to the category of the Gossiper either knowingly or even inadvertently.

Taking a private discussion and spreading it is betraying a trust. The content of the discussion is an amana. We have no right whatsoever to tell anyone else what another person said to us. The nature of conversation is a private thing. We need to distinguish what information can and what cannot be passed on. The general rule is that you are not allowed to spread gossip or any secrets, unless there is a threat or a benefit.

For instance, if somebody is proposing to your daughter, you need to know about their history, character, and any previous relationships. You need to dig down deep. On this particular occasion you are allowed to reveal secrets. The Prophet (peace be on him) put the images of the people most beloved and most hated by Allah Almighty before our eyes so we can see the reality of the categories. He wants us to see it as it is. And then we can choose which one we are in.

Those who remind us about Allah Almighty fill our hearts with tranquility when we see their faces. When we see them we want to remain in their company, and keep listening to them. But gossipers fill our hearts with heaviness. Why? Because of all these sins they are carrying and spreading. We feel affected by them. You have to leave because they make us feel disturbed. They create a distance between us and Allah Almighty.

This is why the Prophet (peace be on him) mentioned in the well-known hadith that good company is like being with a perfume seller and bad company is like being with a blacksmith. The images are very evocative and one leaves a fragrance on your clothes, while the stench of the other lingers long after you leave. It is a lose-lose situation. You have a bad smell and are in danger of burning.  The right company and the right gathering makes all the difference.

If we have some of the attributes of gossiping then we have to control our tongue.

One of the companions named Mu’adh ibn Jabal said, “O Messenger of Allah!  Will we be held accountable for that which we speak?”  The Prophet replied, “Is there anything else except an active tongue of a person that will lead him into the hell fire?  So then whoever seeks safety (from the fire), then let him protect that which comes out from his tongue.”

Our words are part of our deeds. Our deeds include our words. So we cannot dismiss any words that come out of our mouth lightly, or think they are not a big a deal. One text could ruin the relationship between family members, two friends, or two loved ones. Don’t say, ‘It’s just words.’ These words are very powerful. And we need to know how to deliver them.

The definition of those who spread gossip is those who do it continually and those who ruin relationships. Some people specialise in this. They hate to see people happy. Probably because they have deep problems in themselves. They want everyone to suffer like them. The Prophet (peace be on him) mentioned that those who hunt the mistakes of innocent people or sometimes chop words out of context and blow them into a big issue and we are all familiar with this especially with the media and the constant smearing, distortion and misrepresentation of Muslims. So often, verses are bandied about out of the context. Why? Because it brings more money. Any controversial issue makes headlines.

The Prophet (peace be on him) is encouraging us to be people of self-awareness, protecting our community and protecting our interests. You might be around these people. You have to stop them or leave their polluted environment. To do nothing is unacceptable. It will affect you. It will pollute you. So we ask Allah to protect us from the gossipers. We’ve seen the affect of the word. Words can destroy communities and relationships. We need to be careful and be people of the truth. Do not gossip. And keep updating your anti-virus protection.

[i] Narrated in Sunnan Al Bayhaqqi, by al Tabarani and in Musnad by Imam Ahmad