Twinkle twinkle little star… just one of the favours from Allah 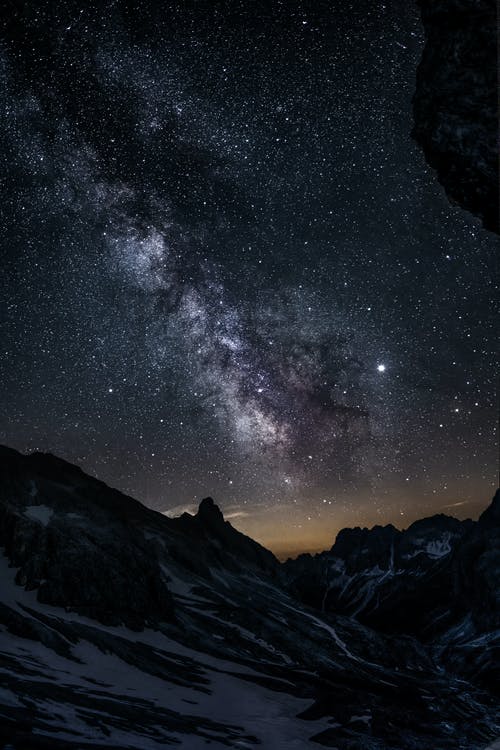 He causes the dawn to break, and has made the night for rest and ˹made˺ the sun and the moon ˹to travel˺ with precision. That is the design of the Almighty, All-Knowing. (6:96)

And it is He who placed for you the stars that you may be guided by them through the darknesses of the land and sea. We have detailed the signs for a people who know. (6:97)

Allah Almighty distinguishes in this ayah between different celestial bodies: the sun and moon, and the stars, which we know is the case scientifically.

Allah Almighty goes on to tell us that He created the stars to guide us on the land and when we sail on the seas.

It makes us wonder how we would be able to find our way without the light of the sun, stars and moonlight. It is a mercy for us that created them and accordingly we have used them throughout our history.

Celestial navigation uses “sights”, or angular measurements taken between a celestial body (e.g. the Sun, the Moon, a planet, or a star) and the visible horizon. The Sun is used most commonly, but navigators can also use the Moon, a planet, Polaris, or one of 57 other navigational stars which are plotted in the nautical almanac and air almanacs.

One may think that with all our technology we no longer need these old, astronomical means to see in the dark. However, celestial navigation is used in the 101 navigation course and gives small-boat navigators enhanced confidence should their electronics fail. The Navy has also returned to teaching cadets this ancient skill. Though we may feel we are technologically advanced, with increased cybercrime one might have a satellite system failure and be lost at sea, so it is a useful skill.

Most navigators use sights of three to five stars. There are several other methods of celestial navigation that enable users to establish their positions using situations by measuring angles between the moon and other celestial bodies.

The army also teach this method of navigation and during training, blind fold their cadets and make them find their back to their camp without any other guide. Thousands of years on, we are using the means which Allah Almighty created.

He says He created the stars li tahtadu (to guide you), so we could navigate our way physically in the dark, and similarly He sent us the prophets and messengers to guide us spiritually out of the darkness of ignorance, and take us to Allah and His light.

In the darkness of the land or sea, becoming lost would make us terrified, yet Allah equipped us with a means to be guided physically and spiritually at all times.

Allah Almighty does not want to leave us in the darkness of our own self or the darkness of the dunya, but to see the light coming from Him. You may reject them and say you will make your own way. It is your choice.

And it is He who produced you from one soul and [gave you] a place of dwelling and of storage. We have detailed the signs for a people who understand. (6:98)

Allah Almighty also provides us with diverse evidence of His creation, in the preceding Ayah about the land, the sea, and fruits, and then He mentions the sky, the sun, the moon, stars and navigation before He turns His attention to us. We see from this different levels of evidence. This ayah has many dimensions.

Mustakarun is from kara which means to settle and mustawda which is like a reservoir. What does this mean? One is to be settled in the dunya and then buried in the earth upon death.

When Adam left Jannah Allah said he would settlement mustakrun on earth and a joy for a limited time:

On earth will be a dwelling place for you and an enjoyment, for a time.’ He said: ‘Therein you shall live and therein you shall die, and from it you shall be brought out (resurrected). (7:24–25)

Other scholars have said that the origin of the human is stored in the reservoir (testicles) mustawda of his father and then transferred to the mustakar (place of settlement i.e. the womb of the mother). This opinion was held by some companions. There are even more opinions.

How did water appear on earth?

And it is He who sends down rain from the sky, and We produce thereby the growth of all things. We produce from it greenery from which We produce grains arranged in layers. And from the palm trees – of its emerging fruit are clusters hanging low. And [We produce] gardens of grapevines and olives and pomegranates, similar yet varied. Look at [each of] its fruit when it yields and [at] its ripening. Indeed in that are signs for a people who believe. (6:99)

Scientists are still debating the origin of water on our planet. There are different theories including volcanoes, asteroids and meteorites, but no conclusion as yet. Scientists suspected that our planet formed dry, and water came much later, aa a result of its collisions with wet comets and asteroids.

Both asteroids and comets visit the earth and are known to harbor ice. Models of the compositions of asteroids and comets suggest that they even harbour enough ice to have delivered an amount of water equal to earth’s oceans. Was it a comet or an asteroid that brought earth’s water? Was it a single event, or many? And how long ago did this happen? We do not know.

Allah Almighty says He sends it down from the sky, does this mean He sends the rain from the clouds, which is the obvious meaning, or does it mean the water came from a meteorite? We do not know, and for scientists this remains a mystery.

The presence of water, liquid water that is, on our planet is the means of life. Imagine the earth without water. Without it all things would die. We are arguably the only planet with water and the right conditions for life, such as the right amount of oxygen. So much so, that the earth is characterised by water – it is the Blue Planet. 70 percent of the earth is covered in water, though global warming means that some land is disappearing under water as the icecaps melt and the water levels rise.

The presence of water enables us to have lush greenery. Allah Almighty then describes the diverse flora He gave us, an abundance of seeds from one seed or pod, grains, and palms and vines. The Quran mentions particular trees.

Allah Almighty shows us the importance of greenery. Green plants are good for our diet, digestion and beneficial for our health. There are also studies on the benefits of palm trees. There are more than 400 varieties of dates.

There are also studies on palm trees. The structure of the palm tree is interesting. It can grow vertically and horizontally and become trailing, as well as climbing. Its trunk can split into several trunks or grown in clusters.

Allah has mentioned grape vines which can be used for good, as well as bad (alcohol). Also olives (zaytoun) from the olive tree and olive oil are very beneficial for our health.  The Middle Eastern diet which is rich in olives, dates, black seed and pomegranates is regarded as one of the healthiest diets.

We find many similarities and differences within the same types of plants and fruit- in the flavours as well as their different benefits and calorie contents.

Allah Almighty draws our attention to fruit when it ripens as this is one of His verses and signs. When you visit a farm or garden with fruit in it, there is a joy seeing the fruit hanging on the tree, and to pick it and eat it. It is not the same as buying it from a supermarket. The supermarket fruit may be more beautiful, but it is not the same as picking it yourself.

These are all favours of Allah. In them are signs for those who believe. If you can’t believe after seeing all this, what will convince them?

Allah guided us through these visuals ayahs His signs. We ask Allah to make our hearts firm on his deen.