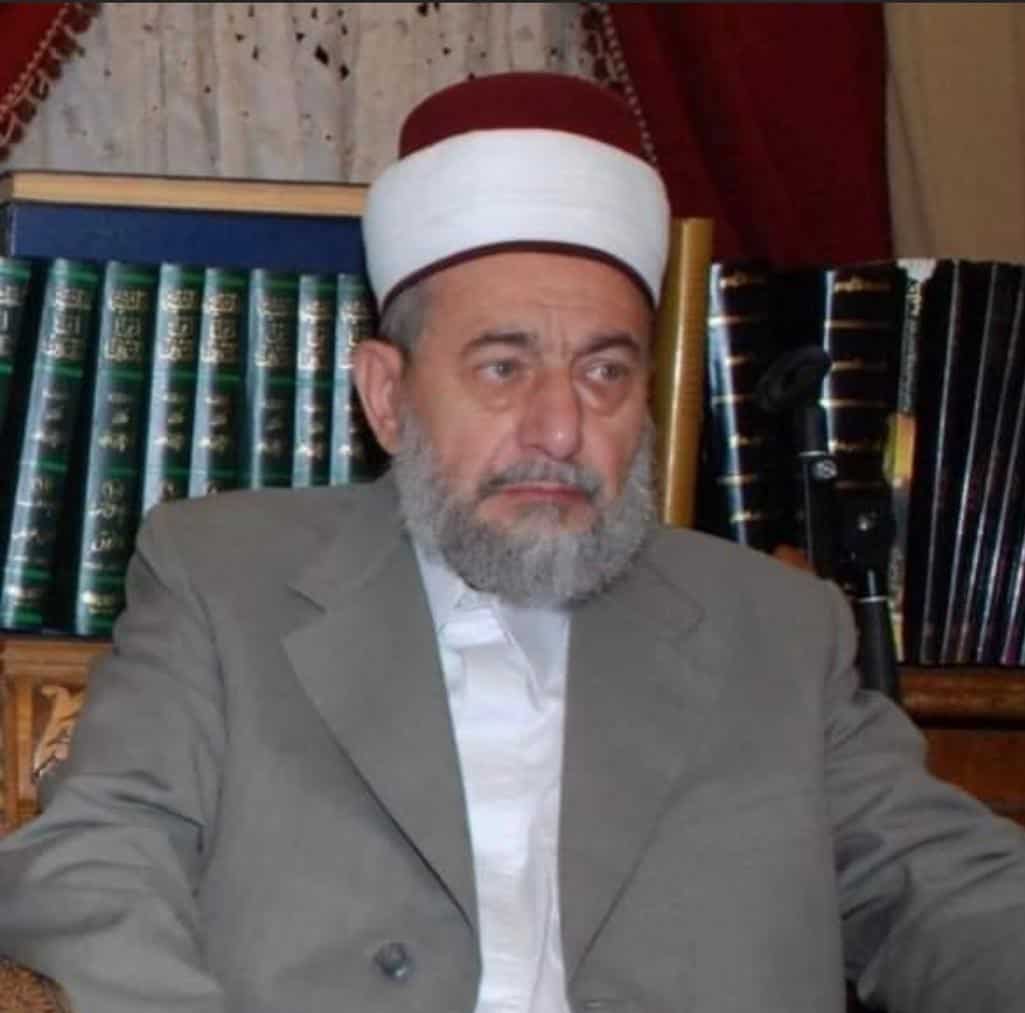 The death of scholars

‘Abdullah bin ‘Amr b. al-‘As reported Allah’s Messenger (peace be on him) as saying:

Verily, Allah does not take away knowledge by removing it from the people but He takes away knowledge by taking away the scholars, so that when He leaves no scholar, people turn to the ignorant as their leaders; then they are asked to deliver fatwa and they deliver them without knowledge, so they go astray, and lead others astray. (Bukhari and Muslim)

In this hadith we can see the Prophet (peace be on him) is talking about the death of scholars. Of course they cannot live forever, and Allah Almighty said to him:

No one knows when it will be his time to leave this world. But the Prophet (peace be on him) was confirming that the loss of a scholar is a huge loss.

Al-Hasan Al-Basri, who was a tabi’ee, reported that Ibn Mas’ud (may Allah be pleased with him) said:

The death of a scholar is a loss that cannot be replaced for as long as the day and night alternate. (Darimee and Imam Ahmed in his book (Al-Zuhd), and Bayhaqi in Shu’ab al-Imān)

Ibn Abbass ( may Allah be pleased with him) commented on this Aya: (Have they not seen that We are coming to the land diminishing it down from all its sides?) 11:41. He said: the death of the scholars. (Mustadrak Al-Hakim).

Scholars are the heirs of the prophets

Abu Al-Darda’ (May Allah be pleased with him) said he heard the Messenger of Allah (peace be on him) say:

If anyone travels on a road in search of knowledge, Allah will cause him to travel on one of the roads of Paradise. The angels will lower their wings in their great pleasure with one who seeks knowledge, the inhabitants of the heavens and the Earth and the fish in the deep waters will ask forgiveness for the learned man. The superiority of the learned man over the devout is like that of the moon, on the night when it is full, over the rest of the stars. The scholars are the heirs of the Prophets, and the Prophets leave neither dinar nor dirham, leaving only knowledge, and he who takes it takes an abundant portion. (Abu Dawud)

From these hadith, we see that scholars are those entrusted with the legacy of the Prophet (peace be on him) and they disseminate this knowledge.

On Wednesday we lost one of the great scholars of our Ummah, Shaykh Nuruddin ‘Itr, who was a great muhaddith and muffassir and murabbi.

Originally from Aleppo, born in 1937, from his childhood, he was surrounded by eminent scholars and righteous people. He belonged to a beautiful community of shining souls. He attended Khusrawiyya where he studied the Quran, hadith and shariah, and was influenced by his respected father and his maternal uncle, the distinguished Shaykh Abdullah Sirajuddin, who had a huge impact on him and later became his father in law.

As a young man, he left for Egypt and studied at Al Azhar university where his high himma, (determination and energy), was evident. He completed his PhD when he was only in his 20s, on a unique topic. He researched the style and methodology used by Imam Tirmidhi in his Al-Jami’ known as Sunan. He not only studied it, but compared it with Bukhari and Muslim, for which he was awarded a distinction. His book was the first of its kind and was received with great acclaim.

He renewed the science of hadith

Allah Almighty had granted him tawfiq (an opening) and I would dare to say that he was mujaddid – a renewer in the science of Hadith, as he brought fresh insight into it, especially in his book, Manhaj al-Naqd fi ‘Ulum al-Hadith. It was the first time since Imam Ibn Hajar al Asqalani, who passed away in 852 AH, changed the science of hadith, many centuries later. It was a brand-new way of critiquing hadith and organising knowledge.

He was the head of the Faculty for Qur’anic and Hadith Sciences and as a professor at the University of Damascus and other Islamic institutes. He valued time, and never wasted a single moment in his life; tirelessly teaching, writing, advising or doing tahqeeq (researching), he was always pursuing goodness.

When I met him

I met him in 1988, when I was at the end of my teens. I had worked on editing books of the sunnah, so I was familiar with the field of hadith and the chains of transmission (sanad wa isnad) but I had never met a great muhaddith.

When we arrived in Damascus to study with many renowned Shuyukh among them our Shaykh Adib al Kallas, (rahimahullah) in Al Muhajirin in Damascus, we were passing by Masjid Nafidh, where we stopped to pray maghrib. There was a class taking place between maghrib and isha and we noticed a very honourable looking Shaykh, reciting the his own Sanad to Imam Bukhari.

I was immediately struck by the way he was reciting, in a beautifully, slow and measured way. I was in awe! In this time and place, here was a shaykh whose lineage went back to the Prophet (peace be on him) and who was beaming with light and reciting in the prophetic manner. The Prophet (peace be on him) always recited without rushing, so they could catch every word. He recited it so that people could absorb the full gravity and meaning of his words, giving them time to reflect on it, memorise it and retain it.

I realised then that he was Shaykh Nuruddin ‘Itr (rahimahullah), whose name I had heard but whom I had not met. One of his books was on our reading list at the Shariah college. This was the start of our relationship with him and we learned from him. He taught at the Shariah college, and we visited him in his house in district of Muhajirin.

Gracious and much loved

No one could help but admire, respect and love the Shaykh when they met him. He was humble and down to earth. Compassionate and kind towards his students, he supported innumerable students generously and discreetly, particularly when they were far from their homes and skint! He would give them one of his books, which was a treasure in itself and when they opened it, they would find money.

We were working in the sciences of hadith, doing tahqeeq of Sharhu sharhi Nukhbat al Fikar by Mulla Ali Al-Qari in the 1990s, but finding it difficult to resolve many complex issues, so we visited him in Damascus, and he was so helpful and guided us how to resolve them.

Radiant in the service of Allah and His Messenger

He was so happy that we were working in the service of hadith and for the sunnah of the Prophet (peace be on him). He was full of love for Allah, His Messenger and righteous people. A truly beautiful soul, who was always very accurate and precise, and unfailingly polite. He never refuted any statement with harshness.

He wrote, edited and critiqued around 50 books, of which the best were his PhD and Manhaj al-Naqd fi ‘Ulum al-Hadith. And his 4 volume commentary on the Bulugh al Maram, the book of hadith which is a collection of over 1000 hadith, many of which form the basis of legal rulings in the Shaf’i school, and is regarded as a seminal collection of hadith regardless of school of thought.

The Shaykh was a faqih (expert of Islamic jurisprudence) who was highly knowledgeable about all four schools of thought, and the evidences (daleel) of rulings. I remember one occassion, he told us that he started a programme with a group of female students in the Shariah college, uniquely, to memorise the work of Bukhari and Muslim with the sanad and matn (text and chains of transmission) how thrilled he was. He said ecstatically, ‘We have muhaddhithaat now! They will spread this knowledge.’

He will be missed

We cannot honour him enough, but we can talk about his life and hopefully we can continue spreading the message. No one can fill his shoes, but we can make dua for him. The most fitting dua for him is the one the Prophet (peace be on him) made for Abu Salamah when he passed away:

O Allah! Forgive him, raise his rank among those who are rightly-guided and grant him a successor from his descendants who remain behind. Grant him pardon and us, too. O Rabb of the worlds. Make his grave spacious for him and give him light in it.

May Allah have mercy on him and his family and his students. Ameen.