The truth threatens wrongdoers, but brings peace to its followers. Lessons from Surat al Ankabut 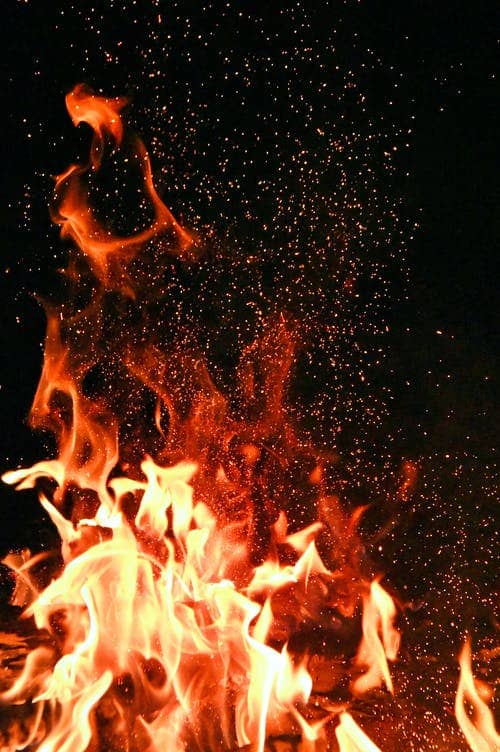 The story of Musa and Ibrahim (peace be on them) and their continual debates with their people recurs throughout the Quran.

Though the Quran is not a book of stories, the stories (qasas)  – stories are not there for the sake of entertainment but are an effective and memorable way of conveying the message.

What did Allah highlight in the story of Ibrahim (peace be on him) in Surat al Ankabout?

The simplicity of the message

Ibrahim (peace be on him) called people to worship Allah Almighty and to be fearful of Allah and fulfil obligations to Him:

And (We sent) Ibrahim when he said to his people, “Worship Allah and fear Him. That is better for you if you know. (29:16)

All he was saying was: be good people, have taqwa (obedience to Allah) and be dutiful. Is there anything wrong in this? Yet people were not keen on his message as it conflicted with their desires and interests. It was an alien concept to them and they did not like. They wanted to remain as they were.

He continued explaining to them that the idols could not protect them or provide for them or benefit them in any way. That it is Allah alone who provides for them and protects them. So they should be grateful to Him and one day they will return to Him. He said:

You only worship idols beside Allah, and you invent a lie. In fact those whom you worship beside Allah do not have power to give you provision. So seek provision with Allah and worship Him and be grateful to Him. To Him you are to be returned. (29:17)

Violent reaction to the truth

The response to this message was to try and kill him. They felt threatened by his words. This is the beauty of the truth. It is so powerful it makes those in power tremble. Though Ibrahim (peace be on him) had no weapons and no army, and Nimrod, the king of Babylon, had armies and weapons, he could not tolerate the message. It irked him.

Even though they were no match in power, Nimrod felt threatened. This is because the truth is more powerful than any weapon. As long as the message is being iterated, it makes tyrants uncomfortable. They cannot bear it and they want it shut down.

So, the response of his (Ibrahim) people was none but that they said, “Kill him” or “Burn him”. So Allah saved him from the fire. Surely in this there are signs for a people who believe. (29:24)

The persecution of those who have faith

We have seen the same behaviour from tyrants and governments in our time. They cannot tolerate the message. They do not want it to co-exist, so they try to shut it down and torture, persecute and kill those who spread it. This is why Allah Almighty has highlighted this part of the story, because it is a recurring scenario and still goes on in our time.

The enemies of Ibrahim (peace be on him) prepared a fire to burn him over several weeks but when they finally ignited it and flung him in it, it could not harm him. Just as the river in which Musa’s mother flung him should have been the most unsafe place for a baby, Allah made it safe for him. In both instances, the most dangerous place – where you could be burned or drowned, became places of peace and safety. Allah Almighty saved them.

When you trust Allah, He protects you and rewards you. Thus He commanded the fire to be safe and cool, which further incensed Ibrahim’s opponents, because he did not die and became more popular in the community.

Allah’s plans are beyond our imagination. The more you are with Allah and follow His guidance, the more safety you will have. Have taqwa and Allah will protect you.

We ask Allah to make us people of taqwa and keep us on the straight path. Ameen.