The truth meets resistance when it clashes with desire. Reflections from Surat al Qasas 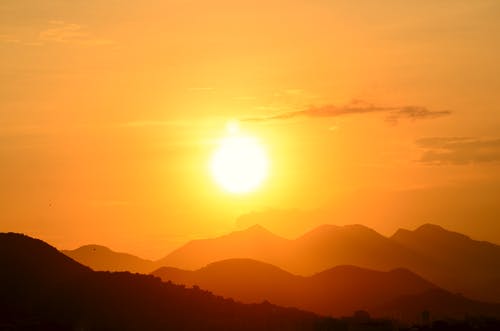 When Allah sent the truth to the people of Makkah and the cities surrounding it, the Prophet (peace be on him) was delivering the message to everyone. There had been no prophet or messenger in Makkah since the time of Ismail (peace be on him) which had been a very long time. Therefore the Arabs would go to the People of the Book to find out if he was telling the truth. The Jews and Christians were their point of reference but they denied that he was the prophet.

Allah Almighty addresses the Jews in the verses of Surat al Qasas and says that He sent them the truth through Musa and now He has sent the Quran through Muhammad (peace be on them), but they said both were magic:

Allah Almighty instructed the Prophet (peace be on him) to reply to their accusations by saying bring something better and then he will follow it:

The core of the issue is that they prefer to pursue their own desires.

But if they answer you not (i.e. do not believe in your doctrine of Islamic Monotheism, nor follow you), then know that they only follow their own lusts. And who is more astray than one who follows his own lusts, without guidance from Allah? Verily! Allah guides not the people who are Zalimun (wrong-doers, disobedient to Allah, and polytheists). (28:50)

The revelation is above desire

You cannot reason with anyone who is following their whims and desires because they use what they like as their point of reference. Not what is right. The truth does not follow desire. It is above that.

No matter what you say to them, what proof or research or evidence you put before them, they will not accept it, because they are blinded by their desire.

Allah refers to those who believed in both messages, like Abdullah bin Salam and Salman Farsi and says that their reward will be multiplied because of their belief and the patience they had towards their people.

Guidance is not in our hands

Verily! You (O Muhammad ) guide not whom you like, but Allah guides whom He wills. And He knows best those who are the guided. (28:56)

Ibn Abbas narrated that this ayah was revealed in relation to Abu Talib, as the Prophet (peace be on him) was so sad that his uncle would not accept Islam. Allah Almighty told him that guidance was not in his hands.

Allah Almighty guides those who intentions are sincere and who are seeking Him. If they are not interested, then they will not be guided.

Try your best to guide others using different techniques, but your mission is not to convert people, but to convey the message.

We ask Allah to guide us and keep us on the straight path. Ameen