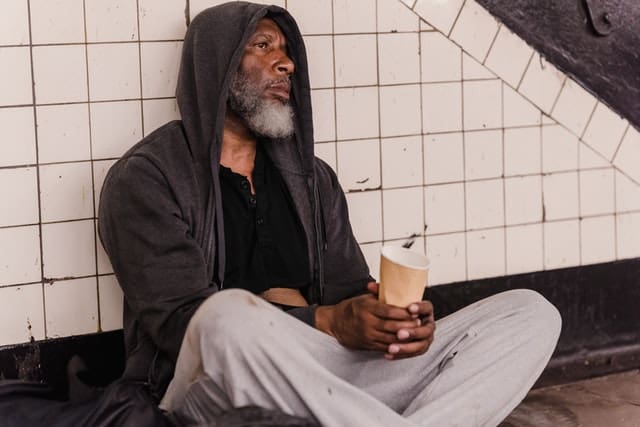 Those who spend their wealth by night and day, secretly and openly, have their reward with their Lord; on them shall come no fear nor shall they grieve. (2:275)

This description of the Ummah of Muhammad (peace be on him) is those who work 24/7 spending and supporting each other. They are lively and active, not passive and apathetic. In other verses Allah talks about the prohibition of being wasteful, and wasting the blessings that Allah has given you.

Allah says in the Quran:

Allah Almighty created us as the moderate Ummah. The ones who tread the middle path, and are not extreme. He said:

And do not keep your hand tied to your neck, nor spread it out fully, lest you end up liable and regretful. (17:29)

And those who, when they spend, are neither wasteful nor stingy, but choose a middle course between that. (25:67)

This command extends to all of us and particularly our leaders, as Allah Almighty will ask every leader about how well they fulfilled the position of trust they were in and how they looked after those in their care. Therefore they will be questioned about their spending. Sadly, all around us, we see world leaders wasting the resources of the Ummah – in the West and in the East.

Meanwhile, there are poor people across the globe. In the UK, the latest statistic is 16 million people. Every day 3 million people have to go to food banks. Instead of looking after our poor, we are spending large sums on celebrations. What a waste! It is better (in fact, imperative) to feed the hungry.

In the East, leaders are busy buying and building castles for themselves. Allah Almighty will ask them how they discharged their responsibility.

‘Abdullah bin ‘Umar (may Allah be pleased with him) narrated that Allah’s Messenger (ﷺ) said:

“It is enough for a person to be considered sinful, that he neglects those whom he is responsible to sustain. (Muslim)

Allah will ask us 5 questions

We will all be asked how we acquired and spent our money. There is no escaping this on the Day of Judgement.

Ibn Mas’ud narrated that the Messenger of Allah (peace be on him) said:

Ensure you fulfil your responsibilities

We have to start by ensuring we are fulfilling our own responsibilities. Look after your family – your immediate and extended family. If you give charity (zakat or sadaqa) to your family it is multiplied because you are giving charity as well as supporting your family. Extend your charity to your community.

You have to ask your leaders where they are spending the nation’s money. They have to be responsible and accountable. Unless we do this, no one cares. Our leader is still insisting there was no party at 10 Downing St – it is so irresponsible.

Allah will ask every shepherd of what he entrusted, has he looked after them or neglected them, until the man is asked about the people of his household. (Ibn Hibban)

Let’s put our efforts together. We need more collaboration and support so we can do our duty to Allah and our community and to address the challenges we have. Poverty is increasing, particularly with the Ukraine war.  We have to do our duty towards Allah and we ask Allah to make us prepared for that challenge.

May Allah Almighty enable us to fulfil our duties responsibly. Ameen