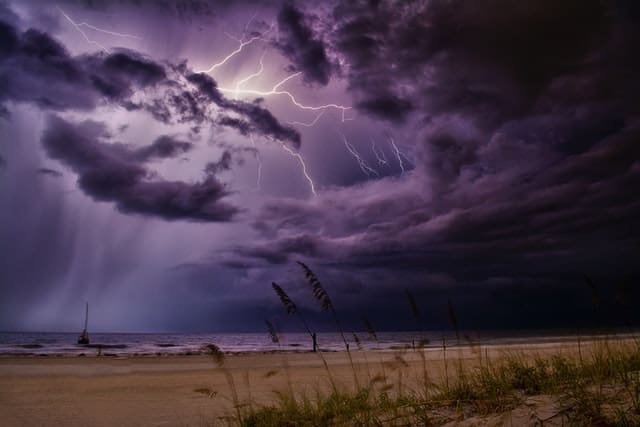 In Surat Yasin, Allah Almighty says the Trumpet will be blown and mankind will be resurrected from their graves. Those who denied this would happen, will be surprised and ask who resurrected them. The reply will be that this was Allah Almighty’s promise, which all prophets and messengers told us of. This is the truth.

The Trumpet will be blown, then behold, they will rush from the tombs to their Lord. (36:51)

They will say, “Woe to us! Who resurrected us from our resting-place?” This is what the Most Gracious had promised, and the messengers have spoken the truth.” (36:52)

It will be but a single scream; and behold, they will all be brought before Us. (36:53)

On that Day, no soul will be wronged in the least, and you will be recompensed only for what you used to do. (36:54)

Allah Almighty is giving those in denial a glimpse of the hereafter by opening a window to the Unseen. Though the Day of Judgement has not yet taken place, seeing such scenes might shake their doubts and lead them to belief and make them recognise this is a fact. However sometimes no matter what you say, when people decide not to believe and you cannot change their mind or heart. The moment when the bodies are resurrected from the grave, they will be naked and barefoot.

“People will be assembled barefoot, naked, and uncircumcised.” I said, “O Messenger of Allah, will the men and women look at each other?” The Prophet said, “The matter will be too serious for them to notice.” [Bukhari]

In another narration, the Prophet (peace be on him) recited the verse:

Aisha was shocked that men and women would be naked so she asked:

“O Allah’s Apostle! Will the men and the women look at each other?” He said, “The situation will be too hard for them to pay attention to that.” [Bukhari]

They will be too terrified to be aware of their nakedness.

Ibn ‘Umar narrated that the Prophet said (regarding the Verse), “A Day when all mankind will stand before the Lord of the Worlds,’ (that day) they will stand, drowned in their sweat up to the middle of their ears.” [Bukhari]

Everyone will so concerned about themselves, so anxious to be saved from the fire, they will not even spare a thought about their family.

“But when there comes the Deafening Blast – that Day a man will flee from his brother, and his mother and his father, and his wife and his children.   For each one of them that Day will have enough preoccupations of his own.  Some faces, that Day, will be bright – laughing, rejoicing at good news.  And other faces, that Day, will have upon them dust.  Blackness will cover them.  Those are the disbelievers, the wicked ones.” (80: 33-42)

On that fateful Day, Allah Almighty says everyone of us will come to Him alone, with nothing but our deeds.

And each one will come to Allah on the Day of Resurrection alone. (Maryam 19:95)

You will not have your car, your property, your gadgets or your family to support you on that Day – just your deeds. If they are good, then alhamdulilah, you will be saved. If they are not, what a disaster.

Allah Almighty is warning us of the punishment of the hereafter. You have time to repent and improve yourself, your actions and your intentions.

We ask Allah to accept our good actions, done purely for His sake and increase our reward and release all of us from hellfire. Ameen