Should We Invest in Cryptocurrency and Digital Currency? 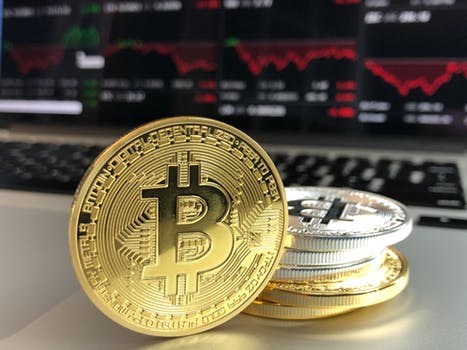 Allah the Almighty says in the Qur’an:

‘It is He who created for you all that is on the earth.’[i]

And in another verse He says:

‘It is He who made the earth manageable for you.’[ii]

And in another verse Allah the Almighty says:

‘For God’s favours to them during their summer and winter journeys,’[iii].

And then He said:

Thus there are plenty of verses in the Qur’an which talk about doing business in the ways in which Allah the Almighty has permitted.

‘It is He who created for you all that is on the earth.’

Scholars have commented that this ayah is one of the principles in transactions. Everything is allowed unless it has been proven otherwise. Thus anything that Allah the Almighty has made on this earth is allowed for our use unless there is authenticated evidence which says otherwise.

Seeking Provision throughout the Land

In the other ayah, Allah the Almighty is encouraging believers to go and seek their rizq (provision) throughout the earth, through travelling and any permissible means. We are permitted to ‘Eat from His provisions.’[v]

Permissibility of Trade and Business

In Surah Quraysh, Allah the Almighty is reminding people about the security which He has provided for them: the journey of winter and summer. The people and atmosphere of Makkah were different to Madinah. Madinah was an agricultural hub.  Makkah had a business atmosphere – they had nothing to plant, no agriculture. In the winter they depended on import/export from Yemen to Makkah, because of the short distance. Whereas during the summer they would go to Shaam (Syria, Lebanon, Palestine). The Prophet (peace be on him) himself went there many times to do business. Therefore, the concept of trade and business are allowed, so long as they are within the shariah.

Looking at the current day issues we face, one of these is the Bitcoin and cryptocurrency. Scholars have divided currency into two types:

What about cryptocurrencies? The Bitcoin – the most popular today – from which people want to get rich quickly. There is a big discussion amongst the scholars about the Bitcoin and the cryptocurrency. There is no simple black and white answer whether they are halal or haram.

There are currently three Fatwas. One that says it is impermissible. Firstly, because it is not being controlled by the government. Secondly because it has not been approved by many governments. Thirdly it is a medium for money laundering. Fourthly, who issued this currency? No one knows. Number five, there are unknown receivers – it goes from unknown to unknown. It is very difficult to control. It’s very volatile and speculation as well makes it impermissible, the more speculation you have, the more ambiguity.

Some scholars have ruled against it as blocking the means to evil. Thus the main and major reasons for this Fatwa as stated above, are to block the road to harm. Hence the reasons for prohibition.

Is it a good thing that this currency is outside the control of remit of the government? There are pros and cons. One of the cons is that there is no one to turn to if something goes wrong.

On the other hand, some scholars say, as long as people have accepted this as a medium of exchange and there is no clear prohibition against it, such as the ones that apply to riba, then it is permissible, as it takes the conditions of any other currency. E.g. you cannot exchange one bitcoin for two bitcoins because it is riba. Furthermore you have to pay zakat on it, as with any other currency.

The majority opinion of senior scholars is that this is something new, and we are still exploring it. We understand many processes, block chain and creation of it, but there are issues with it. This is why we are hesitant to deliver any fatwa on it until it is clear.

It is permissible with conditions. As it is very volatile and risky, and can be a medium for funding terrorism due to its encryption, unless we are certain about where it is going, who controls it and how we can protect the safety and reputation of consumers then we are not encouraging people to invest in it.

The moment it is accepted as a medium of exchange then we would accept it.

What is the overall benefit of this currency?

Overall, we have to be careful. And not greedy. Do not jump into this endeavour without knowing, as it is risky. We need to be careful and look for something which can grow and benefit our economy. On the personal level you might get some profit. But considering the bigger picture, is it creating new jobs? New employment? Creating something good for the economy?

One of the other questions which I have received is ‘Is it permissible to invest in a third party for mining?’ And then they will invest in that. The scholars mainly say it is case by case. We need to know conditions, terms, details and accordingly the answer would be yes or no. There is no blanket ruling.

[i] He it is Who created for you all that is in the earth, and He directed Himself to the heaven, so He made them complete seven heavens, and He knows all things. (2:29)

[ii] It is He Who has made the earth manageable for you, so traverse ye through its tracts and enjoy of the Sustenance which He furnishes: but unto Him is the Resurrection (67:15)

[iii] For God’s favours to them during their summer and winter journeys, Quraysh should worship the Lord of this House. It is He who has fed them when they were hungry, Who feeds them against hunger and gives them security against fear. (Surah Quraysh)

[v] So eat of the sustenance which Allah has provided for you, lawful and good; and be grateful for the favours of Allah, if it is He Whom ye serve. (16:114)