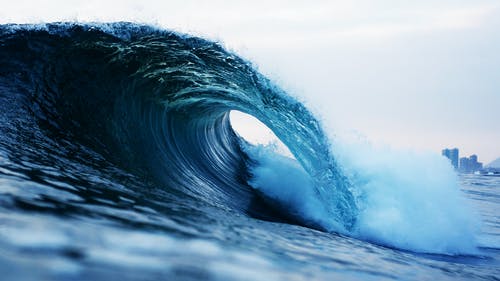 The limitless words of Allah

Surat Luqman has a unique and beautiful verse in it:

If all the trees on earth were pens and the ocean ˹were ink˺, refilled by seven other oceans, the Words of Allah would not be exhausted. Surely Allah is Almighty, All-Wise. (31:27)

The reason behind this revelation was that the disbelievers were challenging the Quran and telling the Prophet (peace be on him) that the revelation would end and there would be nothing after that.

Allah Almighty responded by saying imagine if all the trees were pens, (how many pens there would be!), these pens would need ink. Imagine if the seven seas were the ink for these pens, the seas/ink would run out, but by contrast the Words of Allah would never end.

The words of Allah reflect His magnificence and attributes.

The Night of Glory is better than a thousand months; (97:3)

Here it does not mean that Lailatul Qadr is literally equivalent to a thousand months (i.e 83 years and 4 months). It means limitless, as a thousand was the highest number the Arabs knew at the time. If they wanted to express a million, they did not say 1 million, they said a thousand thousand. They did not have the word for a number bigger than a thousand. Therefore in this ayah, Allah Almighty was speaking to them in the language they understood. Therefore, the value of Lailatul Qadr is not restricted to a thousand years, but has unlimited blessings, beyond a thousand years.

When Allah Almighty compared His infinite knowledge to the seven seas, it means that His knowledge is far beyond our comprehension. His knowledge and words will never end.

When the Jewish people asked the Prophet (peace be on him) about the soul, Allah Almighty’s reply put our tiny knowledge in its place. He said in Surat al Isra:

And they ask you about the Spirit. Say, “The Spirit is of the Command of my Lord; and in no way have you been brought of knowledge except a little.” (17:85)

The Jewish people said their knowledge was not a little, as they had the Torah, they were being shown that the Torah was tiny compared to the knowledge of Allah Almighty.

Allah Almighty said in another verse:

They have not esteemed Allah as He ought to be esteemed. The entire earth will be in His grip on the Day of Resurrection, and the heavens will be folded in His right. Immaculate is He, and Transcendent He is beyond the associations they make.  (39:67)

We ask Allah to bless us in the special nights and days and to give us from His vast knowledge what we can apply and disseminate and we ask Him to forgive all of us and give us good wellbeing.