Reckless leaders can be more damaging than the coronavirus 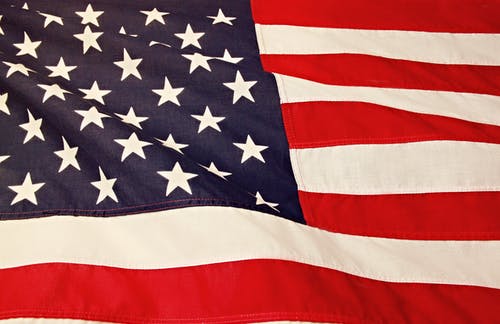 Todays reflection is about reckless leaders. It is very topical due to the violence that took place when the Capitol in the US was stormed on Wednesday by right-wing insurgents.

In the Quran, Allah Almighty revealed to us how He informed Ibrahim (peace be on him) that He had chosen him and appointed him to be leader for humanity, and how Ibrahim responded by asking if his descendants too would be leaders:

And when his Lord tested Abraham with certain words, which he fulfilled. He said, “I am making you a leader of humanity.” He said, “And of my descendants?” He said, “My covenant is not extended to the wrongdoers.” (2:124)

Good leaders are concerned for their people

Ibrahim’s response shows the archetypical concern of a father for his children, for their future and well-being. His innate wish for them to be successful. It also shows a true leader’s concern for his people and his selflessness. His first concern is not his own leadership, but the leadership of his successors.

This is a very important ayah on leadership in which Allah Almighty clarified that the covenant of leadership is not extended to wrongdoers. Oppressive leaders are not the right leaders to lead people. They create mess and chaos.

This is why Allah Almighty did not appoint an oppressive leader, but Ibrahim (peace be on him) who was a person of justice. He was one of the five Resolute Messengers, Nuh, Ibrahim, Musa, Eesa and Muhammad (peace be on them).

Finding the right leader is not easy

Ibrahim (peace be on him) responded to Allah Almighty and Allah shows us the requisite qualities of leadership in the Quran, which is a huge topic. Ibn ‘Umar (may Allah be pleased with him and his father) reported Allah’s Messenger (peace be on him) as saying:

You would find people like one hundred camels and you would not find even one (camel) fit to travel on. (Muslim)

The expression camel (rahila) used here refers to a specific type of camel, which is for transport, just as not every car is suitable for long distance travel. Just as you need the right cars with the right qualities to be able to go far, you cannot get far without the right camel.

The Prophet (peace be on him) used this analogy to convey how difficult it is to find the right leader. You can barely find one in a hundred or a thousand or a hundred thousand who has the right qualities to fulfil this role.

Not every good person makes a good leader

In a famous hadith, Abu Dharr Ghifari once asked to be appointed a leader. Though he was a very pious man and a devout worshipper, the Prophet (peace be on him) deterred him from taking this role.

Abu Dharr (May Allah be pleased with him) reported:

I said to Messenger of Allah (peace be on him): “Why do you not appoint me to an (official) position?”

He patted me on the shoulder with his hand and said, “O Abu Dharr, you are a weak man and it is a trust and it will be a cause of disgrace and remorse on the Day of Resurrection except for the one who takes it up with a full sense of responsibility and fulfills what is entrusted to him (discharges its obligations efficiently).” (Muslim)

We see from this that leadership comes with responsibilities. It is a an amanah and if the amanah is not fulfilled it becomes a source of punishment. Piety is not enough to make someone a leader. To lead well, you need to have a strong personality as well as a good moral compass.

There is no room for nepotism in leadership

The Prophet (peace be on him) did not give Abu Dharr the position even though he was his friend and he was fond of him. No. This was an amanah. Instead he advised him not to take a leadership role, and not to rule over others, or to manage the property of orphan’s.

Abu Dharr (may Allah be pleased with him) reported:

The Messenger of Allah (peace be on him) said to me, “O Abu Dharr, I see that you are weak and I like for you what I like for myself. Do not rule over (even) two persons, and do not manage an orphan’s property.” (Muslim)

By contrast, those who have the right qualities, as Prophet Yusuf (peace be on him) did, flourish in positions of responsibility and lead their nation to success, as he did when he asked to be appointed treasurer in the government. He had the right qualities and he saved his nation from the famine in Egypt.

The requisite qualities of a good leader

The first quality a good leader is that he should be mentally stable. He or she should have the mental capacity for the role. They should not have personal and mental issues that get in the way of their leading themselves let alone a nation.

The next qualities are justice and courage and compassion. Without this, they will destroy themselves and their people, or their people for their own interests.

A bad leader can be a complete disaster for his nation

There is a beautiful poem which has the line:

A strong dam might be destroyed by a mouse

And a whole nation might be destroyed by a reckless leader

A whole nation can therefore be doomed by the rule of a bad leader as we have seen by the recent events in the US, and the invasion of congress. It was shameful. Alas, this was the result of their choice of a bad leader.

Abu Hurairah reported that the Messenger of Allah (peace be on him) said:

“When trust is lost, then wait for the Hour.”

Abu Huraira said, “How is the trust lost, O Messenger of Allah?”

The Prophet said, “When authority is given to those who do not deserve it, then wait for the Hour.” (Bukhari)

Sadly, this is exactly what we see happening in the world today. Reckless leaders are even more dangerous than the coronavirus. They spread corruption and harm far and wide.

This is why the reward of being a just ruler is so high that it gains the shade of Allah’s throne on the Day of Judgement. It is the very first category to deserve this.

Those who fail in this role, will find it is cause of disgrace and remorse in dunya and akhirah. We already see the casualties and fatalities ensuing from the bad leadership in the US and this is just one incident, out of all the chaos that has been caused by Trump across the world.

We have many reckless leaders these days who have destroyed their nations and resources, and sacrifice their people for their own interests. They are selfish and reckless leaders. This is why the Prophet (peace be on him) said that leadership should only be taken by those fit for it.

We ask Allah Almighty to enable us to be among those who deliver justice, promote justice and defend their people. Ameen.

Shaykh Haytam Tamim – Thought for the Week on  8th January 2021