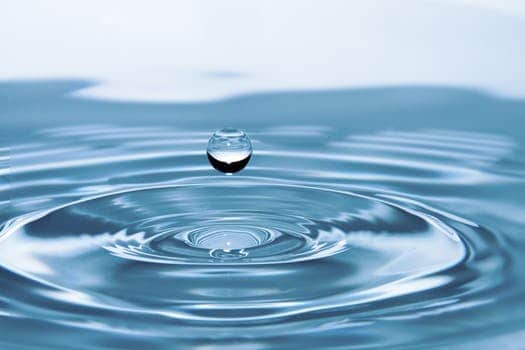 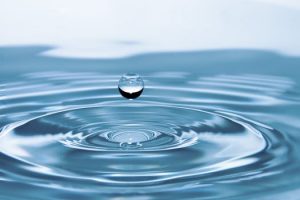 ‘Everything has a fruit, and the fruit of knowledge is being closer to Allah’.

Rabi’ah al Adawiyya; great female scholar once said this, and a poet once commented that if you have impurities in your heart then the seed of imaan and Islam will never grow toward excellence (ihsan). Rather than utilising the shade of this tree of knowledge we would have a tree with no fruit.

‘Knowledge is like rain and the behaviour is the soil. If the soil becomes polluted, then the rain will have no effect.’.

The Joy of Seeking Knowledge

Seeking knowledge is a path, a way towards His pleasure, a way to Allah, a way to a better life and a way to the eternal delights of the Hereafter. Such is the status of the one who seeks knowledge, the Messenger of Allah (peace be on him) said:

A human being can live to worship Allah, acquire piety, serve others, cultivate fulfilling relationships, develop those talents and gifts Allah has blessed him with, and discover the richness which according to the Prophet (peace be on him) is the richness of the self.

The more you know the more you feel closer to Allah. The true experience of seeking knowledge can be transformational and joyous, if your seeking is coupled with clear and pure intention, love and determination, the process itself can not be described in words. For some it can be the ultimate experience of living paradise here on earth. One of the scholars said:

‘If the kings and the king’s children knew what pleasure was in our hearts, they would fight with us over it with their swords.’

Imam Taymiyyah whilst facing tribulation was quoted to have said:

‘My Paradise is in my chest and wherever I go, I take it with me. So what can my enemies do to me?’

Abu Hurayrah reported that the Messenger of Allah (peace be on him) said:

‘O you who believe! Eat of the good things wherewith We have provided you.’ Then he mentioned [the case of] a man who, having journeyed far, is disheveled and dusty and who spreads out his hands to the sky [saying]: ‘O Lord! O Lord!’ – while his food is unlawful, his drink unlawful, his clothing unlawful, and he is nourished unlawfully, so how can he be answered!’ [Muslim]

Every Muslim man or woman is required to purify themselves in respect to their body and their spirit. You purify your physical being from external impurities and consuming only the wholesome food that Allah has permitted. You purify your spiritual being by performing good deeds with pure intention. The Prophet (peace be on him) mentions in this hadith of a person who journeys for the sake of Allah, possibly a knowledge seeker on his path to knowledge, who is modestly dressed and humble in his appearance, invoking Allah by raising his hand to the sky for an urgent request and calling to Allah as his Sustainer and Maintainer to help him in his state of affairs. He has all the characteristics of a person whose supplication should be accepted [being a traveller, having humility, raising his hands towards the sky for Allah is ashamed to turn away the empty hands of His servants and he is in need], but how can Allah accept his supplication when he is indulged with impurity from all directions.

You have to be pure both outwardly and inwardly from every major and minor sin for your supplications to be accepted and for you to gain closeness to Allah the all Mighty.

Purity of Intention in seeking knowledge

The first thing needed by the seeker of knowledge is to realise that seeking knowledge is a form of ibaadah (worship).

‘Knowledge is like the prayer performed in secret and the worship of the heart.’

‘Actions are lifeless forms whose soul [life giving spirit] is the secret of sincerity within them.’ [Al-Hikam Ibn Ata’illah]

A well known saying of Sufyaan bin Sa’eed Ath-Thawree is:

‘Nothing was harder for me to treat than my intention.’

When the heart is purified and prepared for this knowledge, it is said to be just like the earth when it is in a prime condition, prepared for the seed to sowed, to expand and grow. A famous scholar once said:

The Messenger of Allah (peace be on him) gave a beautiful analogy of this as recorded by Imam Bukhari:

So they drank from it, let their animals drink from it and used it for cultivation. And some of the rain fell upon another portion of the land that was barren and it neither held the water nor brought forth vegetation.

The first is the example of the person that comprehends Allah’s Religion and benefits (from the knowledge) that Allah sent me with, so he learns and then teaches others. The last example is that of a person who does not care for it and does not accept the guidance of Allah that I was sent with. [Bukhari]

The Prophet (peace be on him) put forth an example likening what he came with to the common rain, which comes to the people in the circumstance when they need it. So just as Allah brings life to the dead earth through rain water, then such is the case with Allah’s revelation which He brings life to the dead hearts. He mentioned three types of people.

The first is the description of the scholars amongst the common people, a doer of deeds, who teaches others. He bears the status of fresh earth that intakes the water and benefits itself with it and then produces vegetation thereby benefiting others.

The second is the description of the one who gathers knowledge and strives to attain it, but doesn’t act upon its requirements or he doesn’t understand what he has gathered. However, he passes it on to others. So he bears the status of the earth upon which water settles, and which the people benefit from by using it.

He then described a third type; he is amongst those who hears the knowledge but doesn’t preserve it or act upon it or pass it along to others. So it bears the status of the smooth barren land that neither intakes water nor passes it onto others.

The Messenger of Allah (peace be on him) only joined the first two praiseworthy groups in this parable due to their sharing in giving off benefit. And he singled out the third condemned group due to there being no benefit in them.

You need to purify your heart, purify your intention and prepare your hearts for the anticipation of the seeds of imaan and enlightenment which Allah will give those whom He wills.  You should use all the means available to cultivate your hearts in order to grow not a plant but a tree of beneficial knowledge, giving you shade from the heat of the dunya and benefiting others by bearing fruits so that they may enjoy in its delight.

There are many tools to help us achieve purity of intention. Some are:

‘Account yourselves before you are taken to account, measure before you are measured, and beautify for the Greatest Presentation on the day nothing will be hidden.’

Signs of Purity of Intention