Deceit dressed up as a deal is still deceit 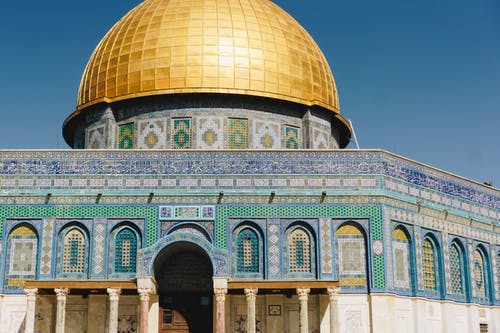 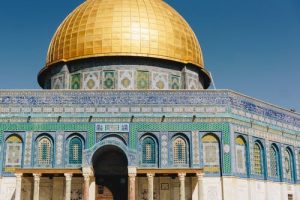 When we read the Quran, we come across the words jadala , ujaadilu, jadal and mujadiloon, which mean argumentation and they crop up in more than 20 verses.

What constitutes an argument

The definition of argument (jidaal) is an exchange of diverging or opposite views, typically in a heated or angry one, though not always.

The majority of the verses in the Quran refer to argumentation as a negative act. Occasionally it is seen as positive, for instance, Surah Al Mujadilah is named after the female companion Khawla bint Tha’laba who pleaded the case about her husband to the Prophet (peace be on him). However this is an exception. Usually argumentation is in a negative act. This is why the Prophet warned us against being argumentative.

An argument, jidal, is a set of statements that you use in order to try to convince people of your opinion. We have to separate mujadalah (argument) from muhadatha (having conversation). We have to distinguish between jidal and conversation.

Not every conversation is an argument, as long as it involves exchanging ideas then it is fruitful and useful.

However when a conversation becomes heated and one party is trying to force their opinion, and not accepting any other opinion that is bad. When this happens, it is because the nafs (ego) has kicked in. And whenever the nafs kicks in, there is always Shaytan behind it.

The consequences of arguing

Among the people is he who argues about God without knowledge, and follows every defiant devil.

It was decreed for him, that whoever follows him—he will misguide him, and lead him to the torment of the Blaze. (22:3-4)

There were many incidents involving arguments during the life of the Prophet (peace be on him). The example which stands out is of the time two companions began shouting, as they disputed inside the mosque. As a direct consequence the knowledge of Lailat-ul-Qadr was lifted, and the Prophet (peace be on him) forgot when it was because of this argument. The argument led to this loss of barakah and guidance.

Allah’s Messenger (ﷺ) went out to inform the people about the (date of the) night of decree (Al-Qadr) but there happened a quarrel between two Muslim men. The Prophet (ﷺ) said, ‘I came out to inform you about (the date of) the night of Al-Qadr, but as so and so and so and so quarrelled, its knowledge was taken away (I forgot it) and maybe it was better for you. Now look for it in the 7th, the 9th and the 5th (of the last 10 nights of the month of Ramadan).’ (Bukhari)

He ﷺ then came to the people and said: O people, Lailat-ul-Qadr was made manifest to me and I came out to inform you about it that two persons came contending with each other and there was a devil along with them and I forgot it. (Muslim)

In the hadith narrated Abu Umamah that the Messenger of Allah (ﷺ) said:

‘No people go astray after having been guided, but when they resort to arguing.’ (Tirmidhi)

We see from the example, that argumentation leads to people becoming misguided.

We have many more examples of this from Bani Israel whose argumentative streak was an endless source of aggravation for Prophet Musa (peace be on him). Every time a command came from Allah Almighty, his nation bickered, quibbled and argued about it. They asked questions – not  understand better, but to pick holes, find loopholes and score points. They were arguing for the sake of arguing. To prove Musa (peace be on him) wrong and to show that they knew better than him.

While arguing leads to misguidance, avoiding arguing, even when you are in the right leads to Jannah, as Abu Umamah Al-Bahili (may Allah be pleased with him) reported that the Messenger of Allah (ﷺ) said:

There are two sides in an argument. The Prophet (peace be on him) was teaching us not get involved with jidaal or mirah which are synonyms. Rather he taught us to find the common ground and to retain good Akhlaq (manners):

Allah Almighty wants us to choose the best way to discuss differences of opinion.

Sadly, argumentation has become a profession. We have spin doctors, whose job it is to change the truth. To twist it and come up with arguments to prove others wrong, even when they are right.

This is what we have seen in the so-called Peace Deal Trump has presented on the two states. He has changed the truth and planted falsehood in its place, while claiming that they are peaceful. This is false jidal.

Trump’s deal is nothing but apartheid. It is not peaceful at all. It is legitimising the settlements on land stolen from the Palestinians. It goes against over 32 UN resolutions. As long as you have power you can get away with this theft in broad daylight. If we as Muslims went against one UN resolution, there would be an uproar.

As Emily Thornberry – Shadow Secretary of State for Foreign and Commonwealth Affairs said: ‘Let’s make no mistake this so called ‘Peace Plan’ has nothing in common with the Oslo accords. It destroys any prospect of an independent contiguous Palestinian state. It legitimises the illegal annexation of Palestinian land for settlers. It puts the whole of Jerusalem under Israeli control. It removes the democratic rights of Palestinians living in Israel, and removes the rights of Palestinian refuges to return to their land.

This is not a peace plan it is a monstrosity, and a guarantee that the next generation of Palestinian children will grow up knowing nothing but fear violence, and division. But Trump and his administration care nothing about those children’s futures they only care about their own.

The question is have today is what on earth our PM and Foreign Secretary are going along with this peace deal and saying that Palestine should get behind it. that it is a shameful betrayal of decades of consensus across this House and from one government to another. That we should unswervingly and neutrally support progress towards a two state solution, a prospect that this rips away.’

The truth will prevail

Those who disbelieve argue with falsehood in order to defeat the truth. But the truth will prevail. No matter how strong someone might be with their arguments, or how much money they have, or power and authority, they can get away with making what is right wrong and what is wrong right.

Allah Almighty has promised believers that they will get their rights. It is a matter of time, it might take a couple of years, or a hundred years. In the lifetime of nations, a hundred is not much. Our message started with Adam, to Nuh, to Ibrahim, to Musa, Eesa and Muhammad (peace be on them), so it might take a while, but Allah Almighty will make the truth prevail and the land will go its owners.

Even if we are betrayed by our own brothers and sisters. In the hadith the Messenger of Allah (ﷺ) said:

Mu’adh said: and they are in Shaam. (Bukhari and Muslim)

It is a promise.

Nevertheless we do not just believe in the promise and do nothing. We need to do our best in the best possible, legitimate ways. We have to defend our rights, online, offline, lobbying,  campaigning, on the streets. No matter what spin doctors do to our reality, we can still uphold the truth and our rights. Allah will support His servants as long as they support each other.

Abu Hurairah (May Allah be pleased with him) narrated that the Messenger of Allah (ﷺ) said:

If anyone relieves a Muslim believer from one of the hardships of this worldly life, Allah will relieve him of one of the hardships of the Day of Resurrection. If anyone makes it easy for the one who is indebted to him (while finding it difficult to repay), Allah will make it easy for him in this worldly life and in the Hereafter, and if anyone conceals the faults of a Muslim, Allah will conceal his faults in this world and in the Hereafter. Allah helps His slave as long as he helps his brother. (Muslim)

Al Quds and Palestine is the property of the Palestinians and the Muslim ummah. It is not just for the Palestinians to defend themselves. But the ummah has to come together against the Trump deal and those who follow him.

Imagine that someone evicted you from your home, and then he agreed to put you in the shed, and if you complained, he called you a terrorist, and said, ‘We want peace; just give us your house and your shed. This is our property.’

The truth will prevail, but Allah Almighty says:

Allah Almighty mentioned here ‘men (rijaal) who were faithful to their covenant’, so we need men of truth to carry this burden. Unfortunately, we don’t have so many men in this day and age. We need to be up to the challenge. It is not decreasing. It is increasing. So we need understand our history. We need to know our rights and defend them. We must not give up. No matter what the pressure is upon us, we must not give up.

The whole ummah should come together. I know we are scattered and many of our leaders are afraid. This is why we have Israel enjoying the best time in its history, because we are disunited more than ever. We need to unite ourselves.

We ask Allah to enable us to be those who make a difference to reality and make it better. Ameen.

Khutbah delivered by Shaykh Haytham Tamim on 31st January 2020 at the Albanian Mosque. Transcribed by A Khan.