Man of the people vs the corrupt elite 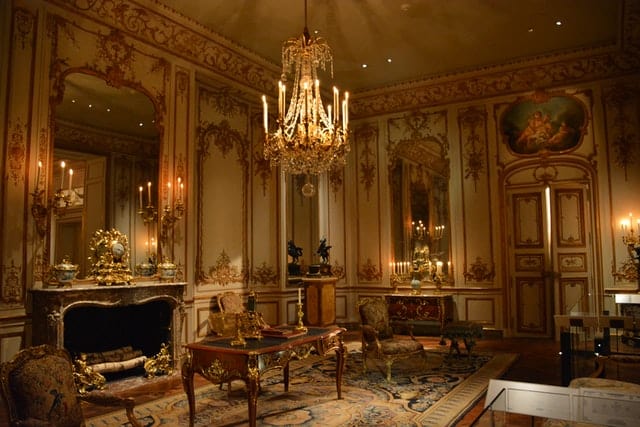 In Surat al-Furqan the disbelievers wonder why the Messenger (peace be upon him) walks in the street and in the marketplaces like an ordinary person. Their assumption is that anyone who is important should not be accessible to the public. He should be aloof, dwell in an ivory tower surrounded by bodyguards, travel in fancy vehicles, have luxurious grand palaces, and be followed by an entourage of sycophants.

And they say, “What sort of messenger is this, who eats food, and walks in the marketplaces? If only an angel was sent down with him, to be alongside him a warner.” (26:7)

Or, “If only a treasure was dropped on him.” Or, “If only he had a garden from which he eats.” The evildoers also say, “You are following but a man under spell.” (25:8)

We never sent any messenger before you ˹O Prophet˺, who did not eat food and go about in market-places. We have made some of you a trial for others. Will you ˹not then˺ be patient? And your Lord is All-Seeing. (25:20)

Ironically the fact that the Messenger (peace be on him) is one of them, approachable, down to earth and vulnerable lowers him in their eyes. They are not interested in a leader who eats like them, and walks through the market places and is followed by people whom they look down on due to their lower social status. They are not impressed at all!

Sadly this is the mentality we still have today – where people keep choosing leaders from an elite class, who live in a privileged bubble, out of touch with ordinary people, their daily lives, concerns and problems. When offered a choice of leaders, they shun the candidate who is a man of the people for the corrupt candidates who have already lined their upper-class pockets unscrupulously, and who only serve the agenda and interests of the rich.

The Quran tells us that all messengers ate food and walked in the streets. They were from the people. They were compassionate and kind. They were not there to abuse the people and suck their blood.

Until we change this image of the leader we will keep ending up with a series of dishonest leaders who do not care about the people.