Islamophobia – its causes and solutions 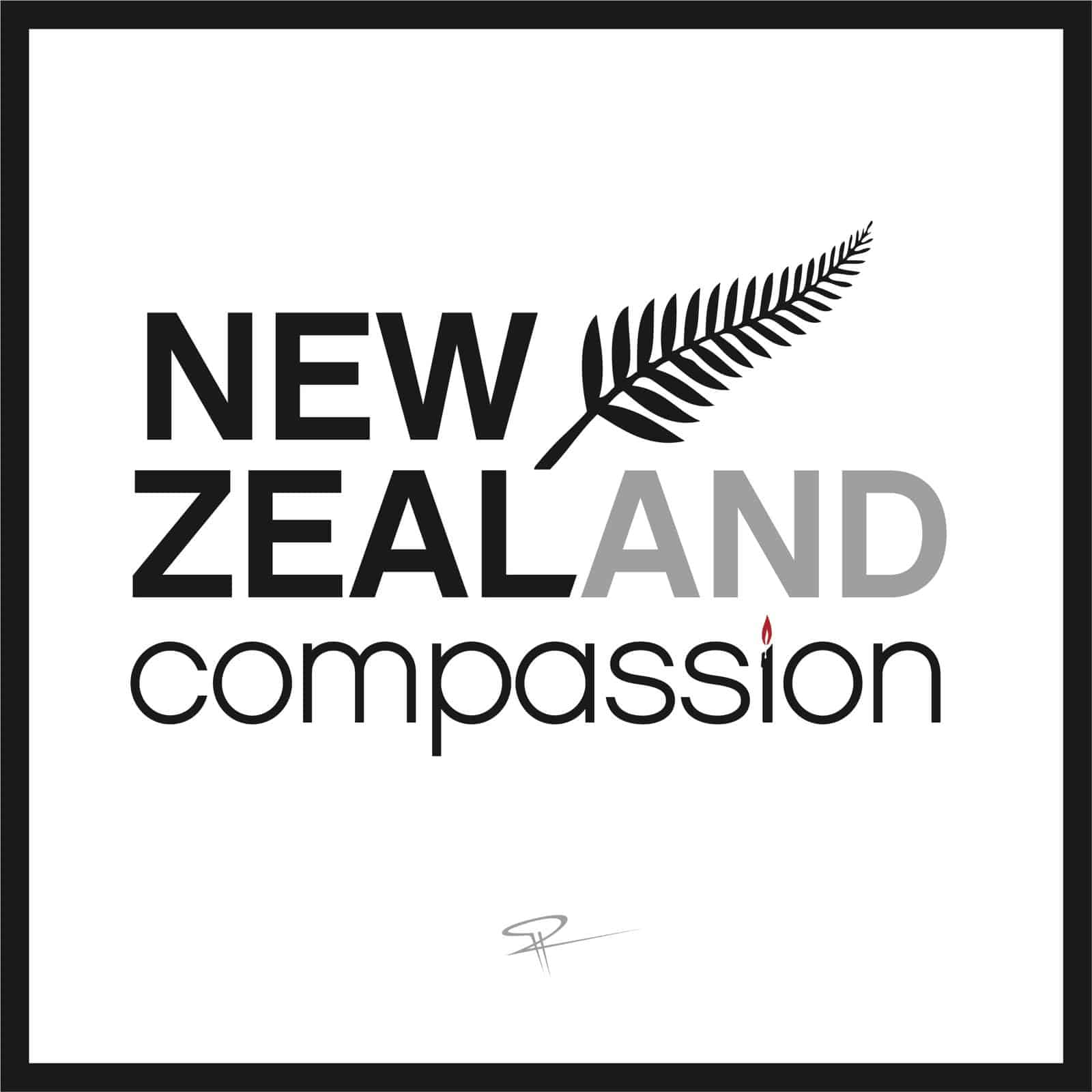 Tackling Islamophobia with zeal and compassion 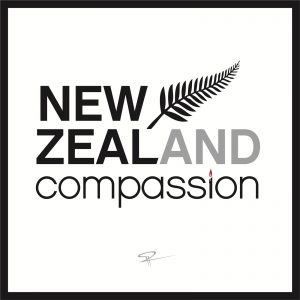 The Prophet’s (peace be on him) Response

Islamophobia is not a new phenomenon but existed at the time of the Prophet (peace be on him). 1400 years ago, Muslims endured smear campaigns and fake news as well as assaults and persecution which was both verbal and physical. At that time, the social media was poetry, which was used to discredit Islam and put people off from converting.

The Prophet (peace be on him), who had been known as As Sadiq Al Amin (the truthful and trust-worthy one), and had been loved and respected in his community, but after he received the revelation from His Lord he became an outcast. The very same person was now called a liar, madman and sorcerer. This was the very first instance of Islamophobia. The treatment towards him changed because the society could not accept what he was preaching. And the first abuse he suffered was from his own uncle, Abu Lahab and his aunt, Abu Lahab’s wife.

Islamophobia, therefore, is not new at all, just in a different guise. How did the Prophet (peace be on him) deal with it himself? What can we learn from his approach?

In the first phase of Islam in Makkah, he was afflicted by the manoeuvrings of the tribal leaders of Quraysh. The Prophet (peace be on him) tolerated their abuse as his mission was to spread the message of peace that is Islam. Also he had not been given divine permission to retaliate. This does not mean he did not defend himself, but that his aim was not to seek revenge but promote mercy:

Abu Huraira reported that it was said:

O Messenger of Allah, pray against the idolaters!

The Messenger of Allah (peace on him) said:

Verily, I was not sent to invoke curses, but rather I was only sent as mercy. (Muslim)

The Prophet’s (peace be on him) response to Islamophobia throughout his life was through his mercy, and to even the most vicious attacks was forgiveness.

Abdullah bin Obaid narrated that when the Prophet (peace be on him) was attacked, with blood pouring down from his face, he prayed for them:

O Allah Guide my people. They do not know. (Bayhaqi).

In Madinah, Islam now faced two threats, as it had enemies inside and outside. Having become the dominant religion, those who converted did not all convert with the conviction that it was the truth, but because it was expedient for them. Thus Islam now had a new threat, the hypocrites who were Muslim by name but not in their belief, principles or character. These tried to destabilise Islam and created a significant subversive attack from within the ummah.

The simplest way of dealing with this threat could have been a single execution of all the hypocrites. After all a list of all the hypocrites had been sent to the Prophet (peace be on him) with the Angel Jibrael. However, the Prophet (peace be on him) refused to do this, even though it was a risk to him and Islam, because he appreciated that it would tarnish the reputation of Islam. In one stroke, he would become known as the one who had murdered his companions. When asked why he would not rid Islam of its traitors, he replied:

Lest people say that Muhammad is killing his companions (as-haabahu). (Bukhari)

The Prophet’s (peace be upon him) response indicates he was aware of the power of the media. That in order to avoid the greater harm – the threat to Islam if it became known as religion that existed because it murdered its opponents, and instead it was better to tolerate the smaller harm – overcome the opposition through the power of the divine message. Hence there are times when the ummah needs to bite its tongues; as the bigger picture is much more important.

Our overriding concern as Muslims and those carrying the divine message for all humanity is conveying justice, fairness, honour and respect.

Al-Nu’man ibn Bashir reported: The Messenger of Allah, (peace be on him) said:

The parable of the believers in their affection, mercy, and compassion for each other is that of a body. When any limb aches, the whole body reacts with sleeplessness and fever. (Bukhari and Muslim)

Mercy and compassion knits believers together as if they are one body. Even though the body is comprised of different limbs, and organs, they are differentiated from each other while be united. This hadith is both confirming and celebrating differences.

I feel pity for the bigots because they do not know what love is, hatred is eating them. Hatred, a biased media, double standards, extremism and ignorance.

Ignorance is the main cause of Islamophobia. A basic lack of understanding of the ‘other’ coupled with a fear of the unknown. Though this fear is baseless, those who feel it, keep validating it to themselves, becoming increasingly certain that somehow they, their values and their lifestyle are under threat. For this reason, education is the most crucial factor in responding to Islamophobia effectively.

The Need for Education

Those who hate Muslims, hate them because they do not know them. If only they understood Islam and knew Muslims better, they would change their minds and dispel the myths that exist.

Until then, the distorted image of Islam and Muslims incites bigotry and hatred. Bigotry is amplified as its voice, strength and momentum is promoted and popularised. The loudest voices, particularly from the Far Right are often in positions of power. As they hold decision-making roles, they give courage to those who have a simmering resentment of Muslims whom they perceive as alien. Instead of keeping these feelings contained, they are further fuelled, inflated and inflamed by hate speech. The key to tackling Islamophobia therefore lies in educating people.

Having a vision, plan and implementing it

Now that the media’s attention has zoomed in on Islamophobia, Muslims must seize the opportunity, build on it and not just wallow in a sea of frustration, sense of victimisation and despair. It is time to be proactive, rather than reactive. To feel confident in our identity and overcome differences among ourselves.

This requires a collaborative approach. There is an abundance of Islamic Institutes, yet they do not know of each other and have never reached out to each other. In addition, Muslims need to work with non-Muslims, and work towards having a positive presence in the wider community. And we need to have a rational approach, rather than an emotional knee jerk reaction every time an incident occurs.

Changes in the law

Moreover, the time has come to push for changes in the law that will protect Muslims just as other religions are protected. We are not asking for exceptional treatment. Nor do we expect it. We must offer others the same respect that we wish for ourselves. Otherwise there would be double standards.

Listening to other opinions in no way diminishes our religion. We have nothing to be afraid of. In the Qur’an Allah Almighty says:

People, We created you all from a single man and a single woman, and made you into races and tribes so that you should recognise one another. In God’s eyes, the most honoured of you are the ones most mindful of Him: God is all knowing, all aware. (Hujurat 49:13)

Hence, Muslims believe that all people are equal. There is no supremacy, rather we uphold the principles of respecting each other’s freedom to life and belief. We believe in equality, and respect of the sanctity of all human life.

Truly, We have honoured the children of Adam. We carry them on the land and the sea, and have made provision of good things for them [to eat], and have preferred them above many of those whom We created with a marked preferment. (17:70)

Islam teaches us to respect other opinions even if we disagree with them. We adhere to this as Muslims and humans. Abu Huraira reported that the Prophet (peace on him) said:

Verily, Allah has removed from you the pride of the time of ignorance with its boasting of ancestors. Verily, one is only a righteous believer or a miserable sinner. All of the people are the children of Adam, and Adam was created from dust. (Tirmidhi)

Freedom of belief is enshrined in the Islamic Law. As stated in the Qur’an:

The first two main principles of Maqasid (Aims) of Shariah (Islamic Law) are the right to life and to belief:

In Islam listening to the other opinion is incumbent on us. Allah (all praise and glory be to Him) gave shaytaan a ‘mimbar’, or a platform. In Surah Ibrahim, He says:

When everything has been decided, Satan will say, ‘God gave you a true promise. I too made promises but they were false ones: I had no power over you except to call you, and you responded to my call, so do not blame me; blame yourselves. I cannot help you, nor can you help me. I reject the way you associated me with God before.’ A bitter torment awaits such wrongdoers (Ibrahim 14:22)

We read shaytan’s speech in the Qur’an. Despite being the ultimate source of evil, he has been given airtime and a platform to express his views.

The message from this is that the Truth is so strong, so powerful, that it will penetrate the falsehood. Truth will vanquish falsehood.

No! We hurl the truth against falsehood, and truth obliterates it– see how falsehood vanishes away! Woe to you [people] for the way you describe God! (Anbiya 21:18)

We need to stick to our principles, even when we are persecuted. This doesn’t mean abandoning our principles in desire for retribution, or stooping down to a lower level. The prophetic example was always to maintain the highest moral code, and to act with fairness and compassion. Compassion does not mean lying down and accepting persecution but in all our dealings, Muslims have to be people of principles.

Talk given by Shaykh Haytham Tamim in London on 26th March 2019. Hosted by the Oxbridge Muslim Alumni and the Simmons & Simmons Muslim Network.

Transcribed by A Malik and A Khan 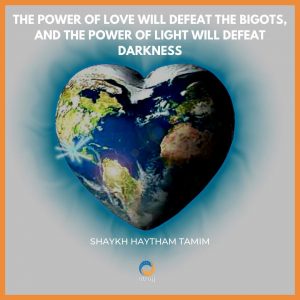